The International Tax Rule and Nigeria’s Bid to Tax Amazon, Facebook and Other Foreign Digital Coys

In an amendment to the Finance Act bill, Nigeria’s Finance Minister, Zainab Ahmed, has mandated companies from outside the country to pay an income tax as long as they get paid for services rendered in the country.

The amendment was issued in the Companies Income Tax (Significant Economic Presence) Order, 2020, as an amendment to the Finance Act 2019.

Per the bill, companies that provide video streaming services and downloading of digital content will have to pay digital tax to the Federal Inland Revenue Service. Companies with social media platforms are also grouped into the new set.

The Significant Economic Presence (SEP) clause attached to the order makes it applicable to companies with an annual income of at least N25 million or its equivalent in other currencies. The amount that forms the benchmark of the SEP can be reviewed and adjusted by the Finance Minister.

A foreign entity providing technical services such as training, advertising, supply of personnel, professional, management or consultancy services shall have a SEP in Nigeria in any accounting year if it earns any income or receives any payment from a person resident in Nigeria or a fixed base or agent of a foreign entity in Nigeria.

Companies like Netflix, Facebook, Twitter, Google, are some of the ones that offer content streaming and advertising services to Nigerians. According to the provisions of the bill, companies like Alibaba, Amazon, and other e-commerce service providers who make money from Nigeria by collecting, processing, and transmitting funds from their Nigerian users are now subject to taxes.

Some of the other criteria that makes a foreign company taxable is if it has a Nigerian domain name (.ng web address), or has a website address in the country.

Still, how feasible is it for foreign companies to pay income taxes in Nigeria, and file annual returns generated from the country? Responding to the bill, PricewaterhouseCoopers Analysts said it would mean that foreign digital companies would have to register for and file income taxes whether or not they have a physical presence in Nigeria.

How to ensure compliance has not been addressed effectively in the amendment. Nigerian-based companies that transact with the foreign companies can be held to account for withholding tax on payments made to the companies, according to the bill, but what happens to the millions of individuals who deal directly with these companies?

Thus, global tech companies like Amazon and Facebook pay most of their taxes to their home countries, the US, even if they are making a lot of sales in other countries like Nigeria etc.

The Organisation for Economic Cooperation and Development (OECD), in its bid to strengthen international tax law, carried out the Base Erosion and Profit Shifting (BEPS) project. In the rule that was created in 2013, tax authorities in countries (in this case the Nigerian FIRS) are required to determine if the foreign company’s revenue is derived from the functions performed in the country, assets employed and the risks assumed.

For digital companies like Facebook and Google, this could create a bit of challenge for the simple reason that they are digital companies whose businesses are tech-based. Thus these inputs might be considered intangibles.

In light of that, the factors to be considered are; design and development of technology; the direction of and establishing priority; and finally, management and control of technology. A cursory look at the companies in question and the requirements listed above tells you it would be hard to get them to pay income taxes, per the new finance statute.

Most of their technology, from research design and development, deployment, management and control are all done in their parent countries. Without solid presence in the country, getting them to pay taxes would be a tall task even when they make a lot of money from Nigeria.

But the OECD, realising that the old approach not only allowed for the shortchanging of less-developed countries but also gave leeway for tech companies to ‘shift’ their profits to avoid taxing have proposed a recent document called the Proposal for a Unified Approach Under Pillar One.

The new nexus rule would address this issue by being applicable in all cases where a business has a sustained and significant involvement in the economy of a market jurisdiction, such as through consumer interaction and engagement, irrespective of its level of physical presence in that jurisdiction.

According to the OECD, this revenue threshold would also be determined by certain activities, such as online advertising services, which are directed at non-paying users in locations that are different from those in which the relevant revenues are booked.

While this proposal was also developed for the benefit of the more developed countries like the US, France, UK, etc, it, however, grants countries (like Nigeria) the right to tax these ‘highly digitalized businesses’, whether or not they have a physical presence in the country. This is because the new rule is dependent on sales, not necessarily presence.

However, this rule would only apply to companies whose annual revenues are about $825 million and above.

Digital payments, social media marketing, and digital access to goods and services are on the rise in the country. Governmental agencies have been stepping forward with directives to tap into the revenue generated from the digital sector.

In September 2019, the Advertising Practitioners Council of Nigeria declared that social media adverts now have to be vetted with #25,000 before the ad should be exposed to the public. Part of the criticisms that followed the council’s announcement was on how APCON planned to control digital content that was published on servers hosted outside the country.

In May, the FIRS announced that Stamp Duty of #50 is now attached to SMS, Whatsapp messages, and any form of digital communication that says that money was received or transferred, provided it is above #10,000. Again, the concern was on how the FIRS planned to ensure compliance with the new order.

Following the stamp duty, the Company Income Tax order that now applies to foreign companies is the latest move to generate tax from the digital sector. However, it is obvious that the country does not have enough structure in place to ensure full compliance of these policies.

Getting an international agreement, being able to track the financial operations of foreign companies in Nigeria, are some of what stands in the way of the feasibility of the new order. Beyond thorough policies, understanding how the tech digital sector works and how taxes can be successfully imposed are some aspects that government agencies need to have in place to avoid policies that simply won’t work. 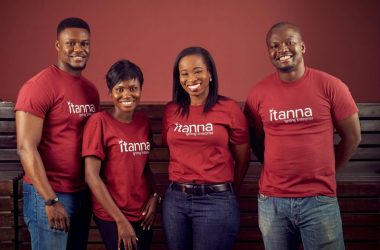 One of Nigeria’s largest conglomerates, Honeywell Group, is set to drive tech innovation in the country. The holdings… 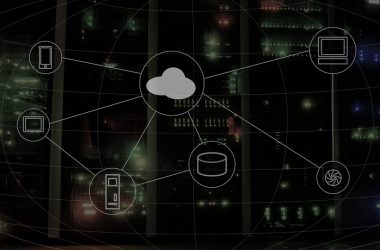 The Benefits of Using the Cloud to Support Your Small Business

The Cloud refers to a centralized location on the Internet that stores data, making it accessible anytime, anywhere,… 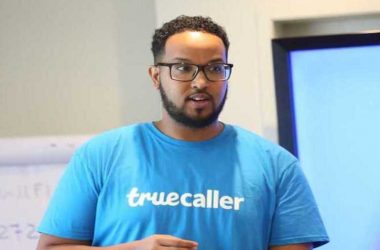