14 Years After and Billions in Allocation, Nigeria’s Satellite Company, NigComSat Has Nothing to Show

Guest Contributor
15
0
0
14 Years After and Billions in Allocation, Nigeria’s Satellite Company, NigComSat Has Nothing to Show
Total
15
Shares
15
0
0

When the Nigerian Communication Satellite company, NigComSat, was incorporated in 2006, the government had ambitious plans for it. The country’s excitement overflowed the following year with the launch of Sub-Saharan Africa’s first geostationary communication satellite. April became 14 years since the journey started, but NigComSat’s scorecard remains unsatisfactory.

Domiciled under the Federal Ministry of Communications, its activities are expected to revolutionise information and communication technology in Nigeria, as well as improve national security, broadcast, internet access, and e-governance. Its services are also crucial in the health, education, and extractive sectors.

NigComSat’s vision is to be “the leading satellite operator and service provider in Africa” by exploiting the commercial viability of the country’s communication satellite(s) for its socio-economic benefits. But that has not happened as the company continues to take from what little revenue is generated by the government rather than add to it.

This is more worrisome considering that the satellite under its control, NigComSat-1R, which was launched in 2011 has a lifespan of 15 years, out of which only six is left. And it is estimated that every year, digital mobile operators and telecommunications companies in Nigeria, spend over $2 billion in getting satellite services from foreign groups.

Isa Ali Pantami, who was appointed Minister of Communications and Digital Economy in August, appears to be especially concerned about the state of affairs at NigComSat. A month after he assumed office, he directed the agency to get an International Standard Organisation (ISO) certification.

That same week, at its strategic retreat, the minister said the only reason there have been arguments on whether to privatise or further commercialise the agency is because it is admittedly not “very viable”. In December, new governing board members and executive directors were appointed for the company.

It is not only Pantami who is worried. The chairman, House Committee on ICT, Abubakar Lado Suleija, lamented during a visit to NigComSat’s Abuja headquarters last November that its potentials to generate revenue and create jobs have not been realised as we have in other countries.

It did not take long for the NigComSat project to be described by telecoms experts as a debacle and “white elephant in space”. They called it this in 2008 when NigComSat-1, the originally launched Chinese-built satellite which cost $340 million (then N40 billion), was shut down due to power supply problems. But is NigComSat still failing to live up to its expectations? The statistics suggest just that.

A study of Nigeria’s budgets from 2009 to 2020 reveals that up to N43.5 billion has been allocated to the centre. Figures from the office of the accountant-general further show between 2011 and 2017, N13.3 billion was released to it for capital expenditures, out of which it spent N12.6 billion.

Nigeria has also had to service debt owed to the Chinese government for many years. Funding for the satellite launch had included $51 million from the Nigerian government and a $200 million loan from China’s Exim Bank.

Data from the Debt Management Office show that between 2011 and 2014, debt service payments for NigComSat amounted to $127 million, and between 2015 and 2017, the amount left to be paid for the project dropped from $50 million to $10 million.

But there is little to show for the huge investment, allocations, and salaries.

According to a 2016 report by Punch Newspaper, the company generated only N584 million in revenue between 2011 and 2014. Put differently, its revenue in those four years constitutes only 3 per cent of its expenses on salaries and capital projects during the same period (N19 billion).

Responding to a Freedom of Information request asking for its updated client base, employee strength, and revenue figures, NigComSat’s secretary, Udevbure Unuigbe, said in an email on February 19 that the information would be provided “as soon as possible”. This promise has, however, not been kept.

Unuigbe also disclosed that, though it is fully owned by the Federal Government, the company does not yet have an establishment Act, though “efforts are being made in that direction”.

As far back as 2008, there have been plans to launch additional communication satellites into space, but this has yet to materialise. Having new satellites, former NigComSat Managing Director Timasaniyu Ahmed-Rufai noted, would demonstrate the company’s capacity to “develop into a huge commercial enterprise as well as compete in the international satellite market”.

But, 12 years down the line, the agency is still managing only one communication satellite: the NigComSat-1R. In January 2018, former communications minister Adebayo Shittu announced that China’s EXIM Bank and state-owned China Great Walls have agreed to fund the production of two new satellites for NigComSat expected to cost $550 million.

He said the satellites would be ready two years after the deal is sealed. It is however not clear if production is still ongoing or if the deal was, in fact, wrapped up.

At its 5th regular meeting held in 2017, one of the resolutions of the National Council on Communication Technology was that government MDAs and other organisations shall be made to buy satellite bandwidth from NigComSat “unless the required bandwidth is not available” on the company’s satellite(s). But this is not enough to reverse the trend of events.

President of the Association of Telecommunications Companies of Nigeria (ATCON), Olusola Teniola, explained in 2018 that most of the association’s members source satellite services from foreign companies simply because it is the cheaper option.

“The issue with NigComSat is the pricing. Service providers are taking capacities from foreign satellites because of that and this has been going on for quite some time,” he said.

NigComSat’s inadequacies have continued to encourage foreign players to fill in the local supply gap. In February alone, US-based operator Viasat announced plans to expand into the Nigerian market and Isreal-based Spacecom sealed a deal with PanAccess to provide Ku-band capacity for its broadcast operations in the country.

What is Nigeria missing out on?

Unlike with Nigeria’s NigComSat, the Fixed Satellite Services (FSS) business has proven lucrative in many other countries. According to research conducted by Bryce Space and Technology, a 2016 estimate of the worth of the global space economy is as high as $344.5 billion (N126 trillion), and 75 per cent out of this comes from commercial revenue.

“Telecommunications satellite operators traditionally have been the most profitable

In 2018, revenue from the global satellite industry was $277 billion, double the figure from a decade earlier. But Nigeria, despite her pioneer status on the continent, is yet to get a slice of this pie.

Analysis by Space in Africa observes that one of the approaches that have worked for NigComSat’s major competitors is they are not entirely owned and managed by the government. While 16.7 per cent are state-owned, 33.3 per cent are private companies, and 50 per cent are publicly traded. Angola’s AngoSat and Algeria’s AlcomSat which are similarly operated by the government are also not economically viable.

Egypt’s NileSat, currently Africa’s largest satellite operator valued at over $586 million, used to be government-owned as well. But its fortunes improved after it was publicly traded. In 2018, Space in Africa noted, it made a revenue of up to $145 million.

TeleSat, which was previously owned by the Canadian government, has a similar history. Following its privatisation in 2007, its worth has more than doubled from $2.8 billion to $7 billion and the company is currently the world’s fourth-largest FSS provider.

The business model needs to change

These, he said, include poor planning and management, unreliable and insufficient satellite assets, and unaffordable services. If the issues are not addressed, he added, then companies and even other government agencies will not trust the establishment enough to patronise it.

The House of Representatives has also accused the company’s leadership of being incompetent after discovering irregularities in its accounts. “We have to rescue this agency from you. In fact, if I had my way, I would recommend your sack,” Chairman of the House Committee on Finance, James Falake, told NigComSat’s Managing Director, Abimbola Alale, in February.

Oniosun observed that NigComSat’s present model is not sustainable and needs to be treated as an actual business. He identified it’s fielding of a Direct-to-Home (DTH) platform, NextTv, in 2019 as a reflection of its misguided leadership.

“NigComSat is supposed to be a service provider to other resellers, not the primary service provider. That means on their platform they can host satellite TVs like DSTv, StarTimes, and GoTV, but instead of selling to those people, they went ahead to launch their own DTH, Direct to Home, to compete with others,” he said.

“They should know that something like that is terrible for business. You can’t have your own DTH platform and expect other DTH platforms to buy services from you.” 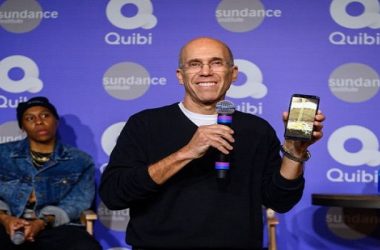 Global Tech Roundup: TikTok for Movies, Quibi is Shutting Down after 6 Months

Hi Guys! It’s the end of another busy week in the world of tech. From the expansion of… 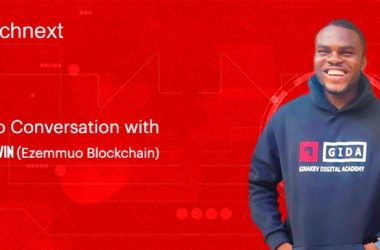 How ‘Ezemmuo Blockchain’ is changing mindsets about cryptocurrency

•Okoye Kevin founded GIDA that has gone on to train 1500+ students across the country | •He organised the first-ever Blockchain conference in Southeast, Nigeria | •Kevin and his team look forward to providing Africa and beyond, crypto education and insightful trading skills 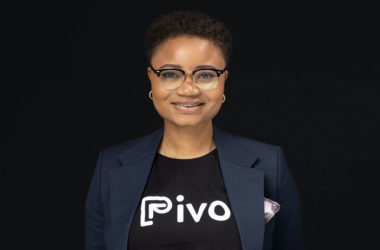 Microtraction announces investment in fintech startup Pivo, its first deal for the year

VC firm, Microtraction, has announced an investment in Pivo, a startup that provides credit-focused financial services for SME players in the…