For the first time ever, Global smartphone shipments for Q1 suffered its worst decline ever. This sees the mobile sector join the list of industries affected by the COVID-19 pandemic.

According to International Data Corporation’s (IDC) report, smartphone makers shipped 275.8 million devices between January to March 2020, which indicates an 11.7% drop year-on-year as well as its largest annual decline ever.

This drop was not unexpected. The first quarter of 2020 was when COVID-19 began to spread from China to most parts of the world. This led to lockdown in most of the world’s major smartphone markets like China, Northern Europe and the US.

The spread of the novel coronavirus and eventual lockdown led to disruptions in several parts of the smartphone market. Since there’s a global dependency on smartphone production in China, and factories were closed and unable to manufacture for most parts of Q1 2020, there was a disruption in the production chain for smartphones.

As a result, China suffered the largest regional decline in Q1 2020, about 20.3% YoY. And since China constitutes almost a quarter of worldwide shipments, the decline had a huge impact on the overall market. Other markets like the U.S. and Western Europe dropped 16.1% and 18.3%, respectively.

With most parts of the world locked down with an attendant clampdown on shipments of goods, except for essentials, the supply chain was also disrupted.

Regions like Africa, with most of its consumer devices imported from China, the disruption to supply chains is said to have had a severe impact on this region, with as much as 15.4% expected QoQ decline in Q1 2020.

Also it is good to note that during the first quarter, many consumers were unable or unwilling to visit retail stores and buy new devices in many markets due to lockdown/quarantine directives. Even Apple and other smartphone makers shut down their retail stores in some markets.

Samsung Back as the Market King

In Q1 2020, Samsung shipped 58.3 million smartphones and regained its top position with a 21.1% share of the market – despite an 18.9% YoY decline. This could be associated with the continued success of its A-series and the recent launch of its flagship device, the Galaxy S20.

Huawei held the number two position with a 17.8% share of the global smartphone market, with a 17.1% decline year over year. Apple comes third, shipping 36.7 million iPhones in Q1, with a 13.3% market share.

Interestingly, the smartphone maker only suffered a 0.4% decline YoY, the lowest amongst the top 3 makers. This is largely associated with the continued success of its iPhone 11 series.

According to the research firm, Canalys the speed of recovery for the smartphone market this year might be slow. With an expected rise in job losses in other sectors, the consumer’s spending power will most likely drop.

Even though smartphones have become somewhat of a necessity, consumers might not be ready to dole out $1000+ on new devices. This will see them opt for other lower-cost devices like the new iPhone SE for example. As such companies like Samsung and iPhone that have plans to launch high-end devices this year might want to reconsider their outlook for 2020.

Also, this could see consumer habits in some markets change as consumers would likely prefer to purchase new phones online rather than using retail stores. 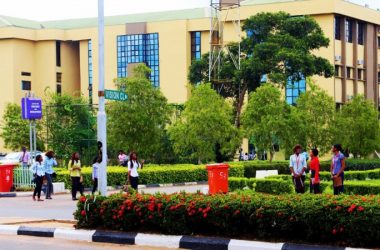 COVID-19 Weekly: JAMB to Begin Admission Exercise, Lagos Shuts Down Night Clubs Over COVID-19 and Others

As the number of COVID-19 infections keep rising globally, the capacity for testing is also increasing. Drug manufacturing… 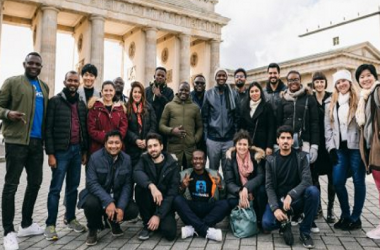 The co-founder and Chief Operation Officer (COO) of ScholarX, Damilola Emuze and two other Nigerian entrepreneurs have been… 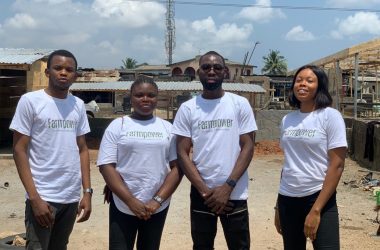