With 2020 set to be Mobile’s Biggest Year, This Analysis has all Your Mobile Business Concerns Covered

App Annie, a global leader in mobile market data, released its comprehensive report on the performance of mobile businesses and products all through the year 2019.

In this article, I reviewed the App Annie report and included the relevant facts and pointers that determines what worked for companies in promoting their products to customers. I have also extracted helpful facts that your business can employ to achieve similar results.

According to App Annie, consumers downloaded apps 204 billion times in 2019. Since 2016, the rate at which consumers download mobile apps for their use has increased by 45% and it keeps increasing by 6% year on year.

This shows that more and more businesses are turning towards apps to get better product/service experience. A large share of this global downloads are from emerging markets, which Nigeria is one.

In more mature markets like the US, Japan and Korea, while the rate of app download is not as much, it is however still impressive. In 2019 alone 12.3 billion, 2.5 billion and 2 billion downloads occurred in the US, Japan and South Korea, respectively.

How much did consumers spend on mobile apps?

In the course of using apps, users spent $120 billion. Subscriptions were the major source of app revenue with mobile gaming apps grabbing the largest share with a 72% share of the revenue.

Additional features that make the apps more interesting were added and consumers were required to pay a token extra to use these features. This approach helped Tinder and Netflix among others to increase their revenue.

Statistics showed that the amount of time that users spend on mobile apps daily has increased. Consumers now engage more with mobile apps, and Appannie records that in 2019, an average of 3 hours and 45 minutes was spent by individuals daily on mobile apps.

This shows that customers feel closer to products and brands when they have their mobile apps on their phones. This, in addition to great features, has increased the number of hours that people spend on apps.

Why your business should be on mobile

One thing the companies with the three largest initial public offerings (IPOs) in 2019, have in common is that they had mobile as the core focus of their businesses. Mobile-focused companies across the world had a combined valuation of $544 billion. This is 6.5 times higher than the valuation of companies without a mobile focus.

The report highlighted that brands spent the bulk of their advertising budget in running campaigns in games. This increases as brands realise that not just young people, but people across a wide diverse demography play games on their phones.

“A common misconception in mobile in-app gaming is that the audience skews younger, meaning they don’t possess any major buying power. The reality is that people across diverse demographics (both men and women of assorted ages) are playing games on their phones”

In the fintech sector, the interaction of consumers surged in 2019, with people all over the world moving more of their banking transactions online. Consumers accessed finance apps over 1 trillion times in 2019.

What about retail apps?

Better engagement and growing user bases has increased the time consumers spend in shopping apps. Global Shopping app downloads grew 20% from 2018 to 2019 to over 5.4 billion. This indicates strong demand even as more companies adopt mobile platforms for their services and products.

In the use of mobile apps, the report shows that 50% of the time consumers spend on phones is spent in social and communications apps like snapchat.

“Due to innovation in the space (social and comms) and mobile’s increasing importance in our daily lives — as both a source for communication and for entertainment — consumers are still downloading (9.5 billion in 2019 alone) and spending 25% more time in Social and Comms apps worldwide in 2019 versus 2017.”

With major growths seen in usage of ride-sharing apps, dating apps, social apps, fintech and other apps, mobile is where consumers want to be found. Business brands that want to reach consumers know where to find them. 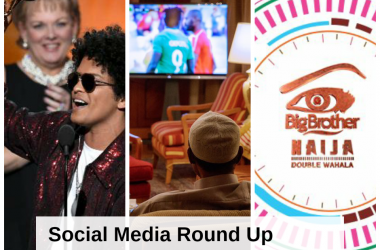 Happy new month readers, may it be a month of joy and happiness. This week on our social… 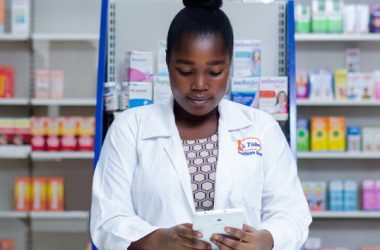 mPharma Ranked as the Most Promising Digital Health Startup in Africa 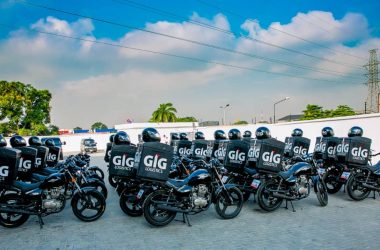 #StayAtHome: Logistics Services that Can Help With Your Deliveries Amid Lockdown

Fifteen days into the lockdown in Lagos, Ogun, Abuja and some other states, many SMEs are being burdened…