Opera Responds to Hindenburg Report on its Financial Issues, But Still no Reference to its Predatory Loan Policies

Recently, Hindenburg Research, an investigative research and reporting firm released a report claiming Opera might be having financial issues running its business. Hence why the company has resorted to offering predatory short-term loans in Africa and India, to fill in the gap for its collapsing cash flow.

“The Company is aware of and has carefully reviewed the report published by the short seller on January 16, 2020. The Company believes that the report contains numerous errors, unsubstantiated statements, and misleading conclusions and interpretations regarding the business of and events relating to the Company.”

The Allegations by Hindenburg

According to the Hindenburg’s report, Opera’s post-IPO and browser market share performances have been poor. The company’s core business, its browser, has had its market share decline rapidly, down 30% since its IPO. The browser gross margins also collapsed by 22.6% in 2019.

This is despite the organisation’s best efforts like adding new features, including – built-in VPN features, cryptocurrency, and privacy protection.

This has caused its business to tank over the last 12 months, losing $12 million in operating cash flow. Compared to the positive cash flow of $32 million in 2018.

In a desperate attempted to regain positive cash flow, Opera is reported to have employed other methods – its loan apps. The loan apps are targeted at emerging markets – Kenya (OPesa), India (CashBean), and Nigeria (Okash, OPay) – and are alleged to be exploiting users.

The research report indicates that while the apps claim to offer maximum annual percentage rate (APR) of about 33% or less, the actual rates were much higher, as much as 438% in the case of OPesa. And all have a repayment period of less than 30 days.

These rates run contrary to Google’s new policy rules for loan apps on Playstore, which prohibits loan apps with an Annual Percentage Rate (APR) of 36% or higher and short repayment period (less than 60 days).

Opera’s Response to the Report

According to the company, its overall business is currently running fine as it has recently launched and scaled multiple new businesses.

With a user base of more than 360 million monthly active users (230 million smartphone users and 67 million PC users monthly), the company has been able to post strong financial results with $370M+ annual revenue which continues to grow at 100%.

The company also has over 160 million Opera News average readers monthly. As such, it runs a healthy business, unlike the troubled one suggested by Hindenburg’s report.

“The Company also remains committed to maintaining high standards of corporate governance and constantly evolving our products, practices and governance.”

However, in its response, the company carefully avoided any mention of its loan apps. This might be interpreted to mean Opera, while not affirming the allegation, is also not denying it. The closest thing to a response to its loan app accusation is its annual Fintech revenue of $150m.

This indicates that the company’s loan apps are still at risk of being removed from Google’s Playstore should Google extend its new policies to Africa.

This is sure to hurt Opera’s fintech revenue, which accounts for about 40% of its total annual revenue, considering the fact that Google/Android has the largest market share in each of the affected countries (84% in Kenya, 94% in India, and 79% in Nigeria) and Playstore is the dominant download platform. 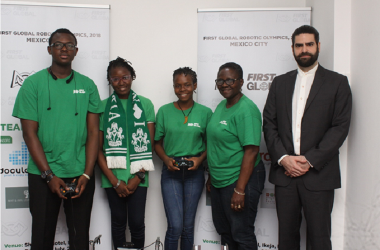 Three Nigerian students: Tawakalitu Giwa, Oluwaseun Omotayo and Ayomide Adetunji have been invited by the China Association of… 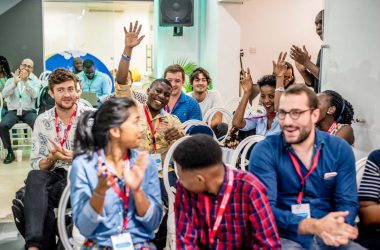 Four Nigerian startups have just been selected to participate, alongside 11 other finalists, in the second class of… 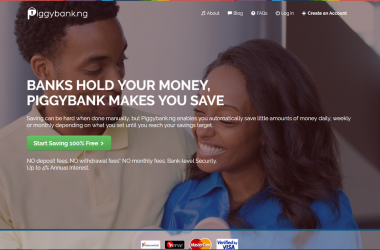