Ejike Kanife
17
0
0
Innoson logo designer, Farouq Osualele, talks about his works, handling the pressure of being in the public eye, and life after Innoson.
Total
17
Shares
17
0
0

Since his logo designs for Innoson Motors shot him into public consciousness, graphics and brand designer Farouq Osuolale, normally a low-key person, has had to grapple with the realities of suddenly becoming the center of attraction. In this interview he talks about handling the pressure, school and what the future holds.

Tell me about yourself. Where were you born, where you grew up, schools attended, family background etc

My name is Osuolale Farouq. An indigene of Ibadan. I attended Biggs Private School (funny name right?). I did my Junior Secondary School at Hallmark College Ibadan, moved on to Oladipo Alayande School of Science. I got admitted to The Polytechnic, Ibadan for my National Diploma in 2015, graduated in 2017 and got admitted to the University of Ibadan earlier this year (2019).

How long have you been a graphic artist and brand designer?

I started learning graphic designing since I was 10, but moved into the business of design 2 years ago. Now I’m a Graphic and Brand Identity Designer with more than 2 years of experience transforming brands, from designing flyers to creating brand identities.

Before Innoson which kind of shot you to prominence, have you done any previous jobs for organisations?

Yes, I have worked with quite a lot of brands. I did branding for a few companies while being a co-founder at BookyourDesign. I did some branding while I was working at GNT Nigeria.

Let’s talk Innoson. What inspired you to design that logo and what prompted you to make it public like you did on Twitter?

I had an idea to redesign their logo once and with the right push I brought the idea to life. Annabel who took the first shot inspired me too.

Lol. She started the proposal. She made the first one before I was pushed to actually birth my idea.

When you decided to push the Innoson logo on Twitter, did you expect it to make so much wave and eventually become successful? What was going through your mind when you uploaded and what was your reaction when it became successful?

When I posted it on Twitter, I didn’t know what was going to happen next. I thought it would have few retweets and that’s all.
When I uploaded, I just dropped it there like the rest is in God’s hand.

When it became successful, I was happy, surprised and it felt different. I can’t explain that.

So, how far with Innoson? Have you reached any kind of final agreement or deal? Can you share any details with us?

Not yet, we haven’t reached any kind of agreement or deal. More details will be shared on that soon enough.

After you made your design for Innoson public and got wide acclaim, several other designers tried replicating what you did by churning out their own Innoson designs and pitching them. Quite unsuccessfully I might add. How did that make you feel?

To be honest, when I saw other designers’ proposal, I was surprised at first but then I did learn from their attempts as well.

Your designs for Lekki United FC were awesome. Has Akin Alabi or anybody from his team contacted you? If they have can you give me a little insight into it?

No, not at all. Unsuccessful I’d say.

Since you shot into limelight with Innoson, how has it been for you? How have you handled the popularity and attention that has come your way?

It has not been easy but thank God. I’m learning and I’ve been putting what I’ve been learning to good use.

What is your muse? (if any) What gets your creative juice flowing and inspires you to conceptualise and design stuff?

I’ve actually always wanted to create. Like I get an idea and I would love to bring it to life. Procrastination kills that at times but that will to want to create pushes. That feeling when you know you have a goal to achieve and by doing this task is a step shorter to achieving that goal. I just get up and do it. I also have the best people around who motivates me, pushes me and inspires me to keep designing.

Looking into the future, what are your goals and aspirations?

“I want to help brands build world-class identity obviously with a team. One of my goals is having a big spot in the tech world, design coupled with technology. Anything is almost impossible. ”. 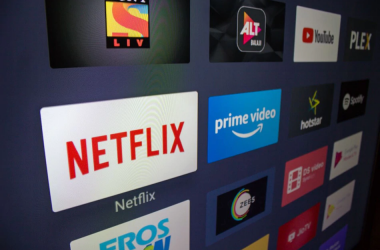 Hi guys, welcome to the end of another week in July and like the popular saying goes “Thank… 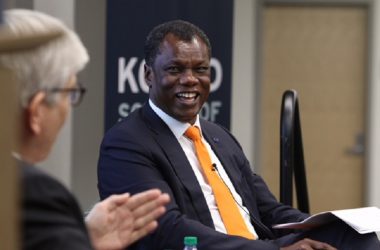 Major Takeaways from Austin Okere’s #TechIndustrySuccess Tweetchat with the NCS

Yesterday, Austin Okere, the founder of the largest Systems Integration Company in Sub-Saharan Africa, CWG Plc, had a…

Prominent ecommerce startup, Jumia has had a rough time on the New York Stock Exchange recently. For the…