From OBus to PlentyWaka: Bus-Hailing Services in Lagos are Struggling to Find Their Feet

Unlike bike-hailing and ride-hailing services, bus-hailing hasn’t quite caught up in Lagos yet. While some big players in this sub-sector like OBus and PlentyWaka have already assembled buses, gone into operation and are defining their routes, others like Swivl have nothing but lip service to show.

So I decided to compare the two already on ground (OBus and PlentyWaka) to see how well they have been doing and their level of involvement. I will consider them from the perspective of their app (technology), operations and of course, customer service.

As is well-known, technology is what drives bus-hailing businesses and more or less sets them apart from regular danfos and molues. So how well have both companies done with their apps?

The OBus app is an app within the larger OPay super app. While it is noted that the app is still in beta, it however remains the pivot upon which the business operates. Logging into the app isn’t a problem but navigation on the other hand, is problematic.

For one, the app requires you to input a specific location (like 20, Balogun Street) as well as a specific destination. For a bus-hailing service, you’d expect them to use popular bus stops since they can’t pick people up from their exact locations.

There is however proof that work is currently ongoing on the app. While there used to be no defined routes, recent improvement has seen the inclusion of that aspect. Also, while it used map to predict your location and tell you whether there’s a bus around you or not (most times there’s none), now the OBus app let’s you choose your own bus stop.

But there’s definitely no guarantee that you’ll get a bus at these bus stops because from Mile 2 to Yaba to Oshodi, yours sincerely couldn’t book a bus on the app.

For PlentyWaka, registration and logging in was impossible for me as I kept getting a ‘network error’ notification.

Even after I switched to WiFi and got the PlentyWaka customer care reps to register for me, I still couldn’t login. At first I thought it was just me until I saw someone on social media experiencing the same problem.

Apparently, upon registration, you get N1,500 for your first rides. According to what I obtained from users on social media, you select the bus stop closest to you along its pilot route (CMS-Ajah) and then the bus stop you’re going to, still on that route. Then of course you will be assigned a bus, told how long you have to wait for the bus and then pay in-app.

However, some users have complained of mix-ups in the app. Kimberly for instance complained that she was debited for bus services that were never rendered.

Damilola complained that one time, his booking disappeared in-app while at another time, his bus sped past the bus stop and didn’t pick him up, evidence of poor communication within the app.

All these point to problems within the app that the PlentyWaka administration needs to deal with ASAP.

The operation end of any business is usually it’s backbone because that’s where the hard work is. Business-wise, while OPay’s ORide has recorded some success in terms of the volume of business it does and how it has established itself as the leading bike-hailing platform in Nigeria, OBus hasn’t come close. Which can be understood given the rigid uniqueness of bus-hailing.

As noted earlier, the only response I have gotten while searching for an OBus ride is ‘no bus available.’ So, how does the business operate if there’s never an available bus? Worse still, reviews online are quite limited which probably means OBus hasn’t been up and about as much as we think.

OBus routes, while roughly defined, can’t exactly be trusted. Its operators give this vibe of being omnipresent even though getting a ride is pretty difficult IMO. I’d appreciate it if OBus could start with one or two defined routes so if I know I can’t get a bus from Mile 2 to Okoko, then I won’t waste my time searching.

Obus does get at least one favourable review. And going by that review, Obus is the only bus-hailing company operating on the Mainland. That could be a huge niche/market if properly exploited.

PlentyWaka seems a little more organised in their business operations. With 25 buses for starters and a defined pilot route from CM’S to Ajah, they seem a lot more in control.

Thus, they could manage bus movements and match them with passengers request. Furthermore, the likelihood of getting full buses becomes high since their resources are more targeted and not all over the state.

But as noted earlier by a twitter user, PlentyWaka App is currently its weakest link, which is bad for its operations. While the company has insisted that upgrades are being effected frequently to address issues as they rise, they should however note that customers may not have that much patience.

Customer service is the emotional side of business. It is where companies connect with their clients, resolve their complaints and create that loving relationship. But OBus doesn’t seem to subscribe to that belief.

For OBus, it would seem customer care handles aren’t for addressing issues and complaints but for disseminating their own information. In other words, their channels do not seem to encourage two-way communication.

For instance, the user above called out OPay for putting job seekers through hell on a scheduled a job interview for OBus in Ibadan yesterday. Despite several pleas for them to address the situation, the handle has remained mute.

On a personal level, a message I sent, both on WhatsApp, via mail and Twitter inbox haven’t been met with any response. The only response I got on WhatsApp suggested me to another mobile number whose handler usually doesn’t pick and when she eventually does, never knows what’s happening. The Twitter inbox would reply, almost 24 hours later, to suggest a land line which never connects.

I don’t think they take enquiries and complaints serious.

PlentyWaka on the other hand, has close to excellent customer service. From when I contacted its customer care unit to help me register into its system, to when they actually called to make sure all is in order. I truly felt special and even when the issue wasn’t resolved, they promised to keep in contact.

A glance through their Twitter page also reflects as much

Moreover, PlentyWaka offers 1,500 worth of free ride to new customers. Compared to N100 for OBus, PlentyWaka seems to care more about its customers than OBus.

While there are no exact statistics of how many people commute from the Mainland to the Island and back everyday, what we see however is startling. One writer once described it as ‘transport madness’. So why aren’t bus-hailing services targeting this nitch?

Okadas and tricycles are banned from 520 routes in Lagos, most of which are on the Mainland. This means there are so much routes to be covered between the Mainland and the Island. Personally, I see it as a killing for bus-hailing companies and it bothers me that it isn’t anybody’s primary target market.

Bus-hailing is a lot trickier than bike and ride-hailing. Companies wishing to play should be ready to work a lot of things out before delving in. 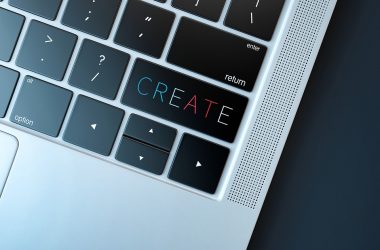 5 New Grand Technological Innovations You Should Know About

Technology is evolving daily with researchers breaking new grounds in technological innovations. From Artificial Intelligence (AI), to self… 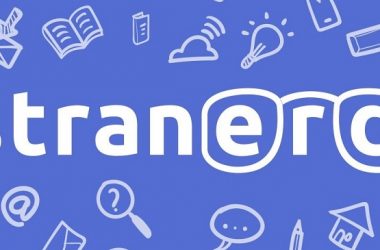 Attending good schools with good teachers is very essential for the academic growth of the Nigerian child. But… 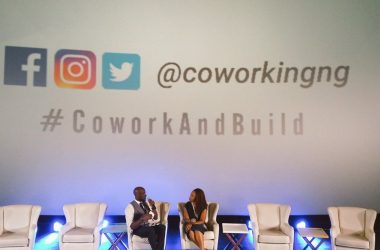 The Second Ever Nigerian Coworking Conference Held Today, We Have All the Gists