StreetTech: Nigerian Startup Aristokrat Technologies is Building a Solar Backpack that Could Charge Your Phones and Devices on the Go

Successive governments have tried and failed to fix the power problem in Nigeria. This has left Nigerians with inadequate power. We are always on the lookout for places where we can charge up basic devices like phones etc. Aristokrat, an energy startup is trying to solve this problem by building the Solis solar backpack that could charge your devices, from phones to laptops and powerbanks.

I had a chat with Aristokrat Technology’s co-founder, brand and marketing analyst, Ms Rodrick Judith Chinaza, to better understand the startup, its solution called ‘The Solis’, its team members and others.

A final year student of Pharmacy at the University of Nigeria, Nsukka, Judith was born in Enugu although she grew up in Taraba and Lagos. She is the first of 7 children who grew up loving engineering even though her path would later diverge into the medical sciences.

“As a child growing up, I had passion for engineering even though I later went into medical sciences,” she says. “I was always looking out for opportunities to solve problems.”

She would eventually discover tech at UNN through Roar Nigeria where she met the brilliant student engineer, Godwin, who shared the Solis idea with her. Godwin would later team up with Chinaza, another engineer called Aaron and Joseph who would eventually become the product designer.

The Solis is basically a backpack that absorbs solar energy and converts same to electric power.  The power converted can be used for charging phones, laptops and other such devices.

While currently being developed as a backpack, Solis wasn’t initially conceptualised as such.

“Godwin had an idea of a solar phone pouch,” Chinaza says. “But when I analysed the market, I saw that potential customers had a lot of questions and recommendations. Based on their recommendation we decided to convert the idea of Solis from a phone pouch to a backpack that charges laptops and phones.”

Talking about how Solis works, Chinaza explains that the device uses solar panels which convert solar energy into electrical energy and stores same in a mini battery. The backpack also comes with charging ports thus you only need to connect your devices to the ports and they will be powered up.

“How it works is simple. Wear the backpack, take a walk and your devices get charged,” Chinaza explains. “People need other sources of power that is mobile, that they can carry along and can serve different purposes. That is Solis for you.”

In a nutshell, Solis works like the regular solar inverter which absorbs solar energy and stores it up as electrical energy to be used in the future.

After exploring the possibilities of their creation and concluding it was worth developing, the team decided in 2018 to establish their own startup called Aristokrat Technologies. Currently incubating at the Roar Nigeria Tech Hub in UNN, the team comprises Godwin who functions as the CEO and lead engineer, Aaron, another engineer, Joseph the product designer and Chinaza the brand and market analyst. All members are co-founders as well.

“Aristokrat was established last year,” Chinaza says. “It is basically a tech company that aims to use solar energy to solve various problems.”

The startup hopes to incorporate as many solar-powered solutions as possible into its fold. Chinaza herself looks to eventually diversify into healthtech sometime in the future.

The Aristokrat Technologies team has participated in a number of events and pitching competitions since its inception. This year, the team pitched the Solis solar backpack idea before a packed crowd at Startup Friday, Southeast edition, sponsored by the National Information Technology Development Agency (NITDA). The team also pitched at Startup Nigeria where they made the top 10 and won prizes and recognition.

“The experiences have been very nice,” Chizoba tells me. “They have helped us push really hard to ensure that this solution comes out to the market very soon,” she says.

The team hopes to compete in more competitions as they develop a prototype to the Solis solar backpack and make it ready for the market.

Aristokrat Technologies has been incubating at Roar Nigeria Tech Hub since its inception in 2018. The tech hub has played a vital role in nurturing the startup as well as developing its solution, the Solis solar backpack. Roar Nigeria Tech hub has provided Aristokrat with office space, and most importantly, a great deal of mentorship.

“Roar Nigeria is an innovative hub where ideas are incubated and grown into businesses,” Chinaza says. “The experience at the hub is one of the best I have had so far. We had a teacher, an entrepreneur all the way from Sweden who comes to teach us during the incubation periods. The stuff we have learned is about how to grow our products, our markets, our technology, and so on.”

Aristokrat Technologies is yet to get any investments for its Solis solar backpack but they hope to attract some as soon as they finish developing their prototype ready for the market. But for now, the grants and donations they have gotten from pitch competitions have kept them going. Earlier this year, the team won N2 million in grants from NITDA Startup Southeast alongside other non-cash prizes at Startup Nigeria.

“We have gotten some funds in the form of grants. At least that would do until we develop the prototype. So, for now, we want to develop our prototype and then we can be open for investment,” Chinaza says.

According to the team, their prototype is in its final stage of development as they expect it to be ready by the end of September 2019.

“We need to gather funds this year to push so that by next year we should be in the market fully,” Chinaza says.

Aristokrat Technologies’ Solis solar backpack is a product that is economically viable because it does solve the very fundamental problem of inadequate power. In today’s world where phones, laptops and other IT devices have become the vehicles driving communication and businesses, you can’t afford to be out of touch for a reason as atrocious as lack of power.

I personally can’t wait to see the kind of splash Solis solar backpack would make when it eventually dives into the market. 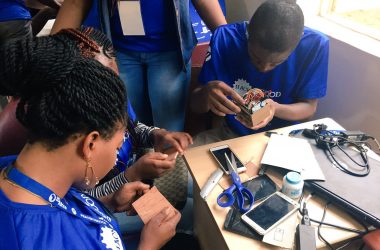 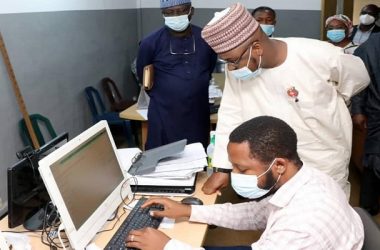 ‘NIN-SIM Linkage Deadline Should be Extended to Dec 31’ – NATCOMS