Netflix Deepens Fight for African Viewers, Adds “King of Boys” to its List of Nollywood Favourites

In a strategic move, Netflix is adding the country’s third highest-grossing movie, “King of Boys”, to its repertoire of Nollywood movies for viewers to enjoy. This move probably takes it some steps ahead of close competitors like Showmax.

Netflix also acquired “The Wedding Party 2” and “Merry Men” which gives it showing rights for the first, third and fourth highest-grossers in Nigeria. Since it was released to the Box Office last year, King of Boys has made NGN 231,719,753 with prospects of making more judging from the reactions of people on Twitter to its recent addition to the Netflix family.

The list of top Nollywood movies in the Netflix library keeps growing. In 2018, there were 27 Nollywood movies available on Netflix. 2019, however, has seen the American streaming platform double its efforts to be the go-to Subscription Video On Demand (SVOD) platform for lovers of quality Nollywood content.

Prior to the addition of the recent movies, Netflix had added many top performing movies to its library including Chief Daddy, Lionheart, The Wedding Party, Mokalik, The Bridge, Falling and Fifty.

The immediate past vice president of international originals at Netflix, Erik Barmack, said at the Content London conference last year that Netflix would be investing a lot in original scripts in Africa. As it expands its operations to Nigeria, it has done precisely that by scouting for the Nollywood films most loved by the country’s movie audience.

Netflix, however, has plans beyond making the Nollywood movies available on its platform for Nigerians. Barmack explained that very soon most of the most-watched shows would come from countries outside of the US. This makes it both profitable in the short and long term to acquire best selling movies from the African and Asian markets.

On the Nigerian scene, however, after ROK studios sold out to Canal+, Showmax expanded to Nigeria with a litany of locally made content for the country. An exclusive partnership with the Big Brother Naija show was part of its market entry strategy into Nigeria.

Taking a generic service and tacking on a few Nollywood movies won’t cut it, so we’re coming in with a strong mix of bang up-to-date Nigerian shows, international hits and favourites from across Africa, and now, as something completely new: on-demand and live Big Brother Naija content.

Niclas Ekdahl, CEO of the Connected Video division of Multichoice.

It remains to be seen what moves Showmax has in store to make it the number one Video On Demand platform in Nigeria, with Netflix becoming increasingly attractive to the Nigerian movie audience. 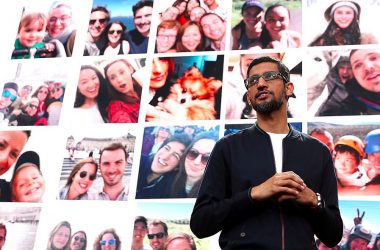 Google CEO Sundar Pichai take over from Larry Page as CEO of parent company, Alphabet, two years after being appointed to the board. 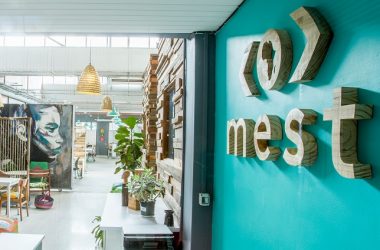 Edupoint, SonoCare and 8 Others to Compete at MEST Africa Challenge Regional Finals