To be clear, Carbon already operates in Ghana. However its Ghanaian operations is still being called Paylater. And unlike its Nigerian operations, the Ghanaian version of Paylater does not include many services such as PayVest or recharge purchases, among others.

So basically, Paylater Ghana has so far remained a simple quick loans platform. 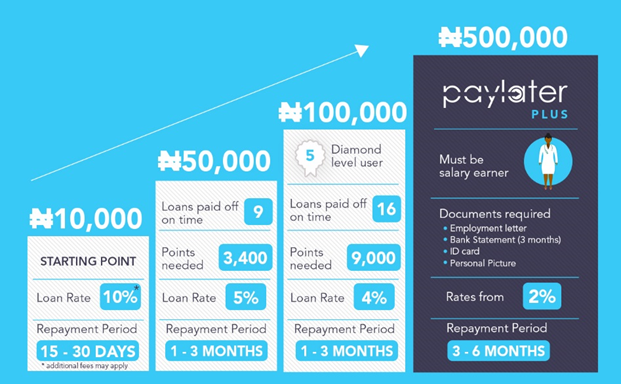 Meanwhile its Nigerian operations have been changing fast. Since last year, Carbon has introduced new features frequently. These early features gave the impression it was on a path to developing a digital banking platform.

But it wasn’t until early this year that it finally let the cat out of the bag. After buying up AmplifyPay and introducing some new banking features, the company announced it is rebranding into Carbon.

However, following its rebranding from Paylater, Carbon appears set to transform its Ghanaian operations.

“In 2019, our focus is on expanding access to financial services and providing value to our customers is even sharper,” the company says.

According to the company, Ghana is one of three countries it plans to launch digital banking services in. The company disclosed it has already secured a banking license in Nigeria, its home market already.

Onefi, Carbon’s parent company, is looking to hire an individual who will “interface with the Bank of Ghana and other supervisory financial and regulatory Institutions.”

The statement suggests the company is looking to secure domestic banking licenses.