Odunayo Eweniyi, a Co-Founder and Chief Operating Officer of PiggyVest has been recognized as the 2019 SME Entrepreneur of the Year at the Wealth and Society West Africa Award.

Organised by the Asian Banker, Wealth and Society is the Asian Banker’s West African regional award conference. Held in Lagos, the event recognizes individuals and institutions who use their reach to make impacts in their locale.

PiggyVest’s Odunayo came tops for her role in the fintech’s impressive growth over the years.

Born a millennial, Odunayo co-founded PiggyVest (formerly PiggyBank) alongside three others in 2016. Originally, the startup wanted to help develop saving culture among Nigerian youths. Hinged on this, the company developed an online platform where users can automate transfers from their bank accounts to their PiggyVest savings account. Automations can be set to daily, weekly or even monthly. 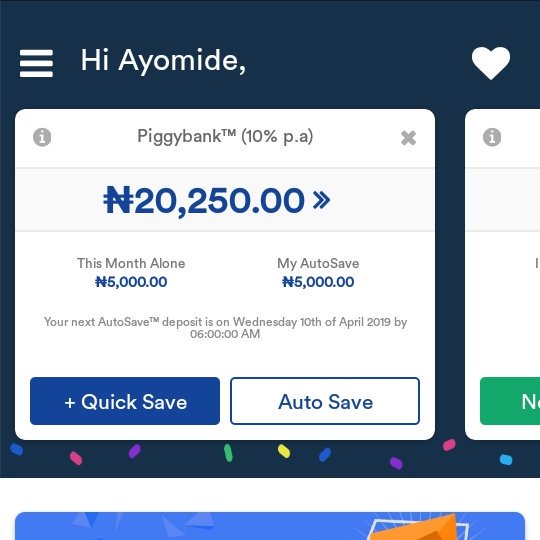 The interesting platform makes it hard for spendthrifts to withdraw frequently. As a matter of fact, users can only withdraw their funds four times a year. This strict measure helps develop financial discipline among the startups teeming young users. While the wait though, their savings also accumulates some interests.

Since it launched, uptake has been impressive. In April 2019, the startup had over 250,000 users. And in January 2019, users saved a whopping 1 billion for just that month alone.

Importantly too, the startup has evolved from being a savings platform.

After introducing new features intermittently over the years, the company pivoted to a full financial platform providing both savings and investment options for users.

Wealth and Society shares that the startup has now saved over N7 billion and holds over N3.6 billion assets under its management. No doubt, PiggyVest is one of the impressive startups trailblazing and disrupting the financial technology industry.

And so far, the company has raised over $1 million from multiple investors to scale its offerings.

The Asian Banker’s Wealth and Society Award notes that PiggyVest has been phenomenal despite the tight economic realities in Nigeria. The award organisers also hailed the startup’s yearly revenue growth rate of between 200% and 300%.

And in all these, young Odunayo Eweniyi has been at forefront ensuring best practices and quality products for users.