The event which held at Four Points by Sheraton Hotels Victoria Island saw Mr Murtala Sani emerge winner of the award. He won with his business idea called WeSabi, and carted away the ₦12,000,000 prize money.

Established in 2015 as part of ARM’s Corporate Social Responsibility (CSR), the programme aims at educating and empowering the younger generation to make meaningful socio-economic impacts in their immediate environment and the nation at large. The award was named after the company’s founding CEO, Mr Deji Alli.

Application for this year’s award opened in November 2018. More than 500 applications were received out of which 20 were initially selected.

After further screening, six candidates were eventually selected for the finals.

Mr Sani’s idea is an initiative created to help households find reliable and pre-screened artisans in their neighbourhood through a website, mobile app and a USSD platform. The goal is to ‘build Africa’s marketplace for the blue-collar sector.

The fund would help Mr Sani develop his business plan, complete a 5-month entrepreneurial education at the Pan Atlantic University’s Enterprise Development Centre in Lagos, and also to receive support for development of his venture WeSabi through an accelerator programme.

Speaking about the event, Managing Director of ARM Academy, Ms Uche Azubuike expressed her happiness with the company’s ability to empower yet another startup through its CSR.

“There is a lot going on in the ecosystem right now, a lot of support from experienced people and from technology as well. So I would advise the winners to take advantage of that and make an impact. On behalf of ARM, I extend my heartfelt congratulations and best wishes to Murtala Sani, all finalists and applicants; and my appreciation to our esteemed judges and everyone in attendance for their time at DAAYTA 2019.”

Other impressive solutions also emerged from the event. Chekkit by Dare Odumade is an anti-counterfeiting solution which addresses the problem of counterfeiting, pilferage and inefficient supply of products. Daniel Odediran’s PrestPro is an interesting solution which aims to produce an energy-saving cooling system using clay for the preservation of freshly plucked tomatoes in order to extend their shelf life.

Tech Strategy Advisor and Founder of TechnoVision Mr. Tomi Davies stated lauded the judges and the finalists while noting that the event deviated from traditional pitch events.

“I especially like the fact that the finalists had worked with each other before the event and bonded enough to help each other. At the end of the day, each of the 5 finalists that participated was a winner and went home with a prize and we all agreed that Murtala Sani of Wesabi deserved the first prize,” he said. 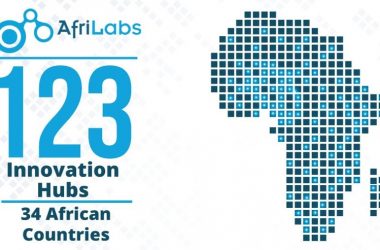 Pan-African hub network, AfriLabs, has increased its membership from 100 to 123, with five Nigerian tech hubs among the… 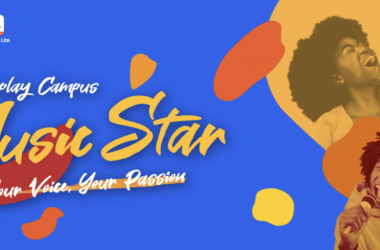 In line with its goal to foster digital content accessibility among young Nigerians, SHAREit Lite has partnered with… 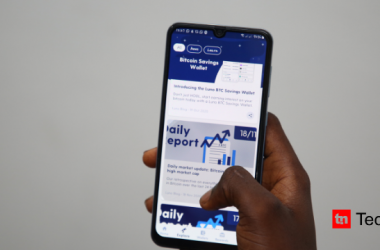 Bitcoin and other crypto prices plunge after US recovered $2.3m crypto ransom and Trump’s “scam” remark