Intrigues following the conclusion of the 2019 Nigerian Presidential elections are far from over. According to news reports making the round, Atiku Abubakar, the presidential candidate of major opposition party PDP, has named experts from three of the world’s biggest tech companies as witnesses for his petition against the election result. The companies include Microsoft, IBM and Oracle.

Following the announcement of the result, Mr Atiku alleged that the official poll results were manipulated. He claims the original results from all states of the federation had been collated and stored on a server, but the results announced didn’t match the official tally on the server. According to his camp, the PDP candidate polled 18,356,732 votes, against 16,741,430 votes recorded by APC’s Buhari.

Now according to Mr Atiku, the only way to prove that the official INEC results were manipulated is to compare it with the figures available on the purported INEC servers.

Thus experts from Microsoft, IBM and Oracle, three companies with deep understanding about digital security and databases, have been chosen to authenticate his claim.

Online reports say the official INEC results are stored on the INEC server under the name INEC_PRES_RSLT_SRV2019. It has a MAC address of 94-57-A5-DC-64-B9 with Microsoft Product ID 00252-70000-0000-AA535. Now it’s not clear how this information was gotten, but it shows the opposition is keen to upturn the election result.

Also, during his campaign, the opposition at one point resorted to the use of tech to effectively appeal to young voters. So in other words, the opposition is quite tech savvy.

Yet calling engineers from big tech companies may not be enough for Atiku to upturn the election results. For one thing, how well was technology used in the 2019 elections? Asides the shenanigans of card readers, was the 2019 election even powered by tech at all?

How Tech Savvy is INEC?

The latest move by the Atiku camp begs the question: how tech savvy is INEC? 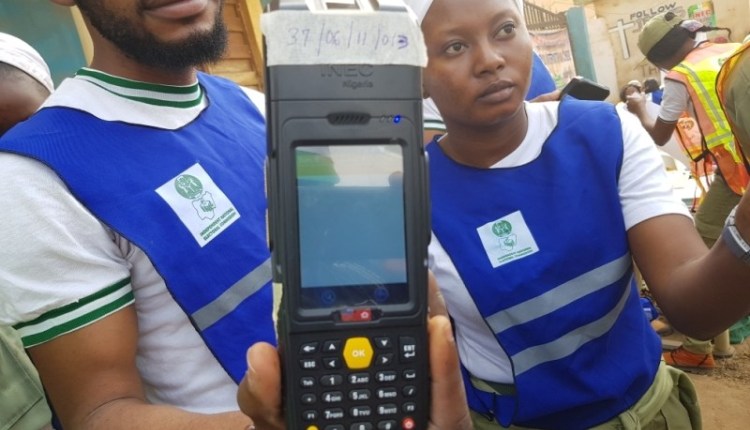 In particular was the use of card readers which INEC claimed would make it easier to check voting fraud and help in compiling results. Importantly too, the INEC Chairman in January announced that e-collation would be used to verify and secure poll results. He later backtracked, claiming there was no provision for e-collation in the act establishing INEC.

Following Atiku’s latest move, INEC has reiterated this stance. It announced it never used e-collation for the 2019 elections. The electoral umpire dismissed e-collation as a facility still in test phases.

So clearly, the 2019 election made less real use of technology beyond authenticating voters. This calls into question what INEC server the Atiku camp is referring to and how the big tech engineers can reverse engineer it to get the results out.