Idris Abubakar
1
0
0
Although vague, the implications of his statement are that Africa has few tech talents and that the company has struggled to hire qualified local talents.
Total
1
Shares
1
0
0

Jumia CEO, Sacha Poignonnec, is coming under heavy fire over comments he made recently in an interview.

Speaking to CNBC shortly after Jumia’s IPO, the CEO was asked why his company doesn’t hire Nigerian-based developers and he replies:

“Jumia is completely African. We operate exclusively in Africa and we have over 5000 workers in Africa… but the reality is that there is not enough developers in Africa.”

Although vague, the implications of his statement are that Africa has few tech talents and that the company has struggled to hire qualified local talents. But in reality, Jumia doesn’t even have a developer base of operations anywhere on the continent. Its entire technology development is done in Portugal.

His comment has sparked outrage from African tech industry players and the backlash is quite fierce. Critics are holding this as proof that the company doesn’t care about Africa and should stop claiming to be an African startup.

And they have a point. As a startup which relies heavily on technology, Jumia’s tech pool is as important as its target market. It can’t claim to be an African startup if its developers are exclusively based outside the continent. This makes a mockery of the term ‘talent’ as a lean radical enterprise.

There is an evidence-based data showing @Jumia_Group is not African. I actually know the guys behind it & for them to keep claiming that the company is African is really insulting & making my blood boil. What a nonsense #JumiaIsNotAfrican @africatechie thanks for helping clarify

Yet, the Jumia CEO’s comment begs certain questions especially these two: Is he right? Does Jumia’s operational model conflict its “African Startup” moniker?

To get a clue about the validity of the first question, let’s turn to two other African companies: Paga and Andela.

Paga is a Nigerian company providing mobile money and other financial services. Yet for 10 years, Paga has never had a developer based in Nigeria. Like Jumia, Paga outsources all its IT jobs abroad in this case to Ethiopia. Paga only recently created its first Nigerian developer team, a very small team.

I agree with Jumia here. At the time they started there were not enough developers with the right sort of experience. They were not willing to invest in upskilling and growing a strong tech base here. This was a solvable problem with the will.

Andela also offers a bit of point too. The company trains people to become developers for four years (some say two). The company then outsources its tech talent abroad. This approach helps to provide developers with needed global experience, something that would have been hard in Nigeria.

As a matter of fact, Andela’s clientèle is nearly exclusively foreign. And that says something.

Perhaps the Jumia CEO was right that Africa didn’t have a deep pool of tech talent. Yet the two examples above clearly rubbish his claim that his company is doing anything meaningful to support the local ecosystem.

Jumia is not African startup. It is a company duly incorporated in Germany by 2 French founders who are Co-CEOs. A non-exhaustive reference to its Germanness can be found here in their Form F-1 filings with the SEC. https://t.co/bpTnp0k0o9 A ka thread for those who don't read:

And this fact plays deeply to the recent narratives that question whether Jumia deserves to use the term “African startup”.

Jumia Nigeria is headquartered in Lagos. But it is owned by Jumia Technologies. Jumia tech has headquarters in Dubai and Germany. But its engineering is done in Portugal. Yet the company’s target market is exclusively Africa and it operates in more than 14 countries.

Looking at these, Jumia is a prime example of a company operating within the complexities of the contemporary global environment. As a company is a globalised venture, Jumia’s model makes it quite flexible and transcends nationality.

Boycotting them is a bit extreme. The platform works for those who rely on it. If you want to be African, move to Africa. Suffer like we do. Jumia is following the colonial NGO model. Perched in Germany sending commands to Africans, & having the audacity to call itself africanZ https://t.co/2rhekDwS8s

But fierce critics argue against the company from a Pan-African point of view. They point out that beyond failing to hire locally, none of Jumia’s 5000 workers got any equity before its successful IPO. As a result, no African and none of its workers benefited from the new wealth created from the $200m IPO. 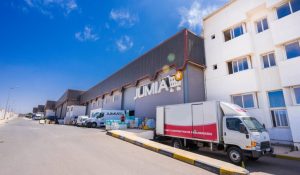 Now, this is a hard point to prove. For one thing, Jumia’s SEC filing shows that a South African company, MTN is the majority shareholder in the company. Also, ahead of the IPO, around 9 million Jumia shares were owned by unnamed figures.

Perhaps these are internal company workers, including the CEO and other top management staff like country CEOs. Now there is at least one Nigerian and other Africans as country CEOs.

Also, not giving equity to workers is not a new thing in the startup world. While Microsoft and other big techs created thousands of millionaires when they IPOed, not everybody did that. Famously when Apple debuted on the stock market, then CEO, Steve Jobs kept his shares. But his co-founder, Steve Wozniak went of out his way to sell his own stakes to others so they too could benefit from the IPO. At the time Jobs died, he was worth $7billion, Wozniak is worth around $100.

But in the case of Jumia, critics say that it is an example of a company fleecing off Africa and scamming the world by claiming to be African. If it doesn’t provide real opportunity and wealth in Africa then what good is its “Africanness”?