The Cinema Exhibitors Association of Nigeria has released the latest cinema records for the month of March and the records are intriguing!

For one, Marvel Studios’ Captain Marvel has been a hit movie in the Nigerian box office.

According to box office records, the movie has grossed over N175 million from Nigerian moviegoers since it was released on March 8, 2019. At first roughly 7,000 people watched the movie on its opening day. But that number has since soared to over 111,000 within the next three weeks. 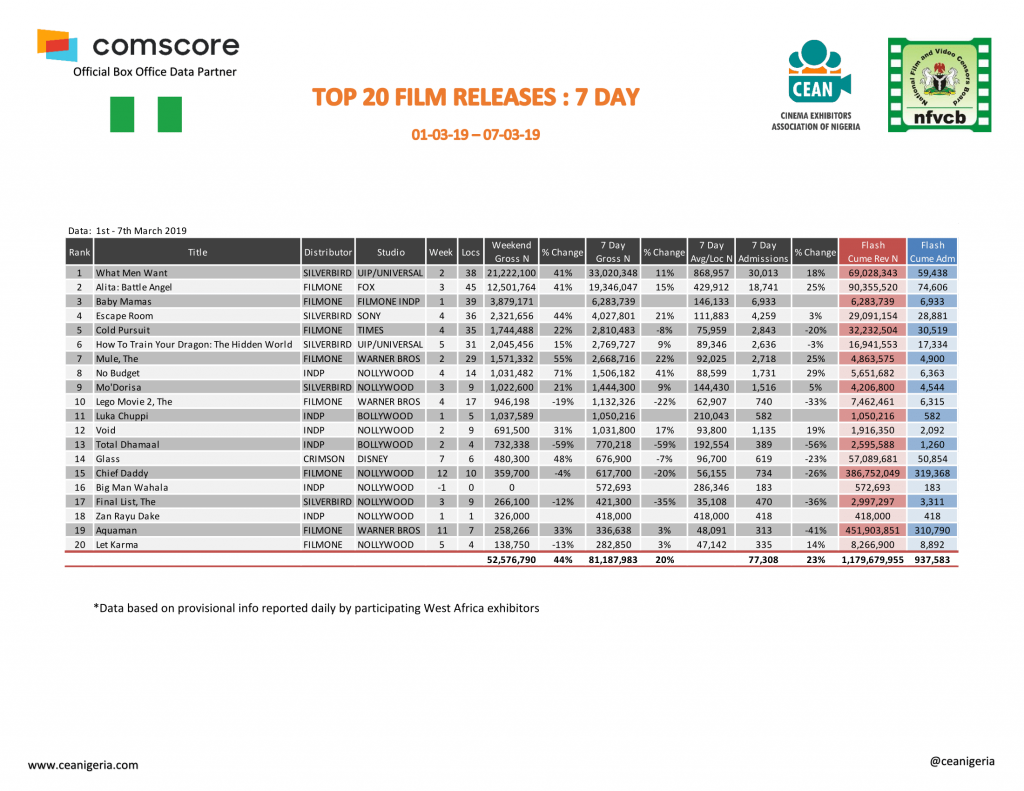 This means Captain Marvel was the highest grossing movie in Nigeria for the month of March.

Meanwhile, Captain Marvel’s debut destroyed whatever attachment Nigerian movie lovers had with Aquaman. The Warner Bros movie had since fallen off the top 20 highest grossing list after 12 weeks on the list. But it had already grossed over N452 million (or $3.8 million when adjusted for inflation) before disappearing. The movie also had quite a lot of fans too. It had been watched by 310,921 people by March 14, 2019.

Moving on, March statistics show the cinema business has made a rebound following low sales in February. Around 200,000 people watched movies at the cinemas in February 2019, but in March, that figured grew to 363,550. It’s a pretty impressive growth. 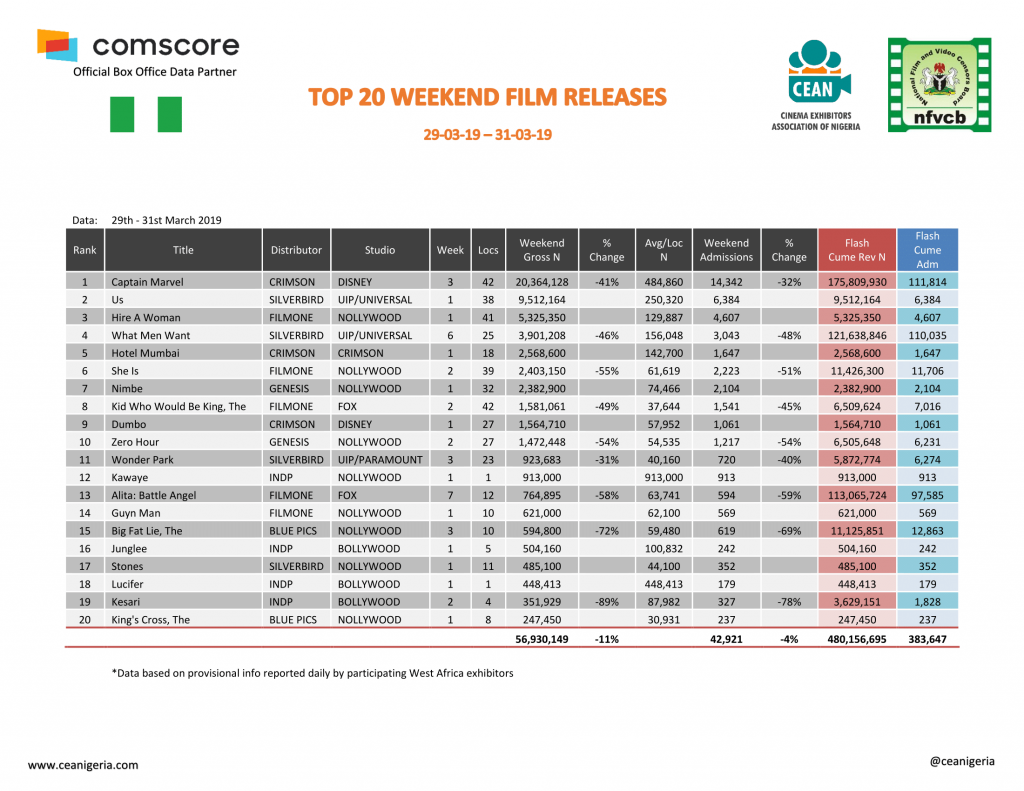 Overall, Nigerian moviegoers spent N434,431,431 at the cinemas in March. That’s yet another impressive increase from the N267 million recorded in February.

Meanwhile if you’re considering going to the cinema, there’s a good chance you’ll want to watch a non-Nigerian movie. Although Nigerian movies continue to feature highly as top 20 grossing movies, the number of people watching them is quite low.

For instance, in the first week of March, 8 Nollywood movies featured as highest grossing movies. But combined, only 13,455 people watched these movies that week. In contrast, Hollywood movie Alita grossed N19.4 million after it was seen by 18,741 moviegoers.

Clearly there’s a problem in the Nigerian movie industry since it can’t attract a large number of moviegoers. 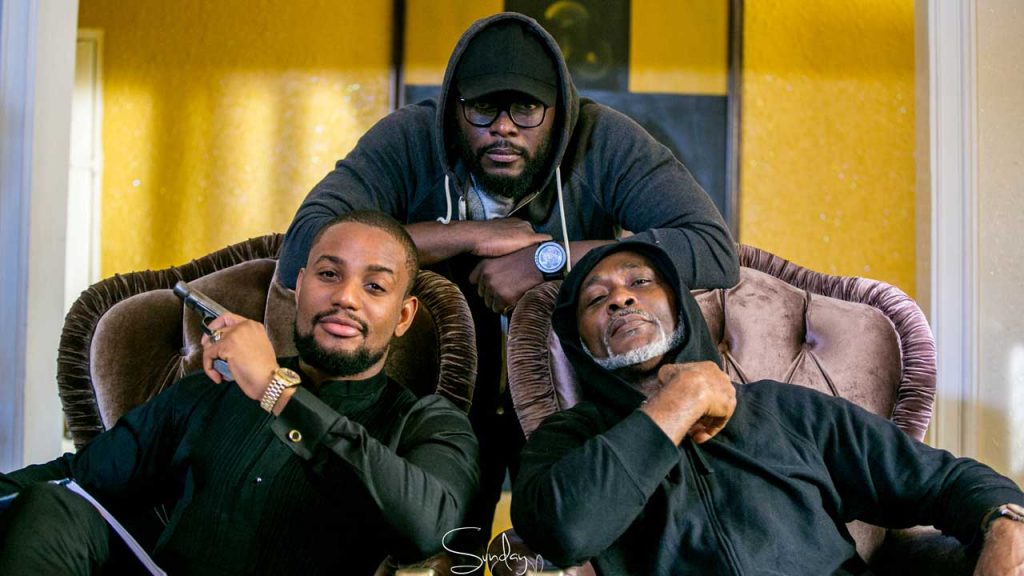 But that doesn’t mean there aren’t a few good movies amongst them. Movies like She Is, Hire A Woman, Nimbe, and Zero Hour are hot picks at the cinema these days. You should consider them this week.