One of Africa’s largest companies is plotting a crucial international expansion. IHS Holding Ltd, one of the largest telecommunications infrastructure providers in Africa has announced expansion plans for markets such as the Middle East and Southeast Asia.

The expansion move is coming after the company scuttled plans for an IPO last year. The company was hoping to raise around $1 billion through the New York Stock Exchange, but stopped halfway in 2018.

However, the company now sees expansion into the Middle East and Asia as a crucial way to capture investor attention once again.

IHS is hoping these deals would serve as a Launchpad for future deals in the region.

“We are actively looking to add additional towers from the gulf area and we recently also looked at Southeast Asia,” said Issam Darwish, CEO of IHS Holdings.

Founded in 2001, IHS Holdings provides telecom tower infrastructure for mobile phone operators. The company leases tower spaces to mobile operators under a 10-15 year contract. It owns over 715 towers in Nigeria and 23,000 towers across Africa. As a result, IHS Holdings is third largest mobile infrastructure provider in the world.

Lebanese-Nigerian, Issam Darwish founded the company alongside William Saad. And over the last seven years, the company has raised over $4.5 billion through equity and debt financing according to Forbes.

Notably too, HIS is backed by important investors such as Goldman Sachs, Investec, the International Finance Corporation, MTN Group, among a few others.

Yet the company is still looking to raise more funding. CEO Issam Darwish concedes expansion will be expensive and shares that “Our current deals and plans are funded from our balance sheet.”

A successful expansion into the Middle East and Asia would boost confidence and position the company for another shot at an IPO.

“At one point we might look at a bigger fund raise that could include a listing on one of the big stock exchanges such as New York or London,” said the CEO. 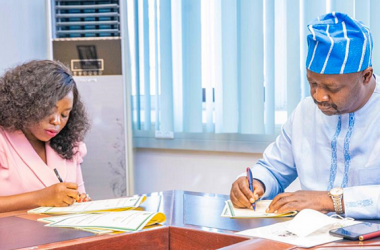 Tech4Dev partners Min. of Youth and Sports to upskill 36,000 youths and fight unemployment

The rate of unemployment in Nigeria has been on an upward trend over the past couple of years.  According… 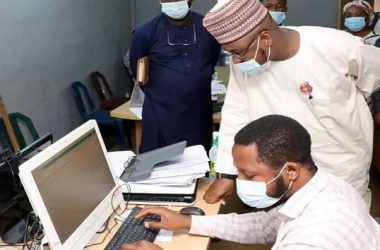 Minister of Com­munications and Digital Economy, Dr Isa Ali Pantami has denied allegations that he had close ties…

With Decline in Q2 Earnings per Share, Netflix Predicts Lower Subscriber Growth and Revenue For Q3 2020

Video streaming giant Netflix has announced its second-quarter earnings for the year 2020. The figures fell shorter than…