Huawei Mate X Foldable Feels Like Using a Tablet, but has a High $2,600 Price Tag

Like Samsung, the Chinese company showcased the Huawei Mate X at the hugely popular Mobile World Congress 2019 in Barcelona. Following the announcement of the device, the audience was allowed to see and use the device at the congress. This is in contrast to what Samsung did, as they showcased their device only through a glass box.

Hey, I got to chat with Huawei CEO Richard Yu and he let me mess around with his personal #MateX . Surprisingly polished software. #mwc2019 pic.twitter.com/45J1VjsJhB

Both devices have two batteries positioned at the back of both screens to balance their weight. Interestingly too, both devices come with 5G capability right from the box.

But still, there are a few striking differences between Huawei Mate X and the Samsung Galaxy Fold.

Unlike the Samsung Fold, the Mate X doesn’t fold like a book. the device has two screens: one at the front and another at the back. The front screen has 6.6 inches and still looks like a regular smartphone; and the rear screen has 6.38 inches. The rear screen is unfolded to provide an impressive 8.0 inches viewing experience.

“Other foldable phones are like two phones together, this is just one phone” said Huawei CEO Richard Yu.

Meanwhile the Fold, which opens like a book, has a 6.4 inch screen on its exterior and when unfolded, boast a 7.3 inch screen.

And according to Yu, the Mate X is designed to work as a productivity device. The unfolded Mate X provides a sophisticated experience, that “looks like you’re using a tablet, but it’s much lighter than a tablet.”

Like Samsung, the Huawei Mate X also comes with 512GB of storage, but with 8GB of RAM. The device has fast charging capabilities and Huawei claims the device can up to 85% within 30 minutes.

Yet, both devices do not offer much for their prices. In fact, aside from the folding experience, these foldable devices are just ordinary smartphones or tablets, hardly worth the $2000 or $2600 amount.

So it’s not certain how consumers will react to these devices when they officially go on sale later this year. 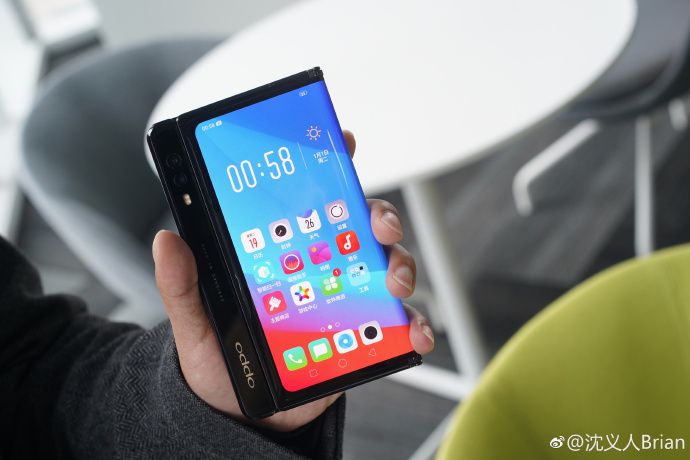 However, other phone makers are being cautious now. Chinese phone maker, OPPO for example, has said it will only release its own foldable device if it gets enough demand from users. The company made a lowkey presentation of its foldable device via a Weibo blog post. The company appears to be playing safe while riding on the wave of the other players.