Gartner Data: Why is There a Huge Decline in Apple and Samsung Smartphone Sales?

Interestingly, Q4 is the same period where big names brands like Apple and Google unveil new devices. Q4 is also a festive period of the year and it’s expected that sales should be higher during this period.

However, 2018 saw a different trend play out. 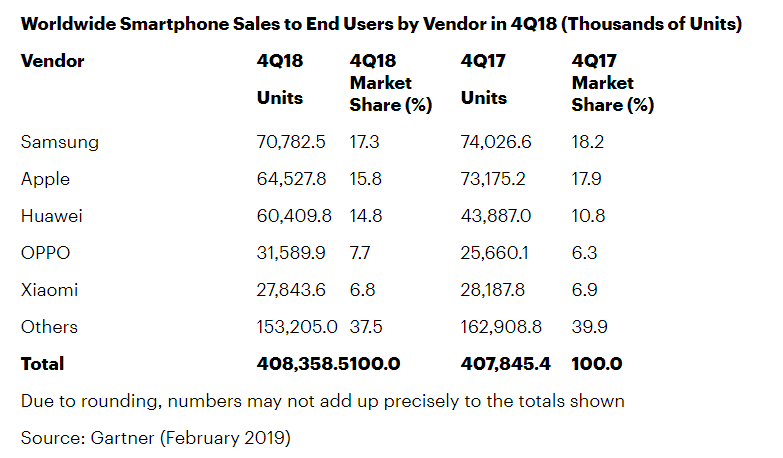 Meanwhile Huawei and OPPO, two other Chinese manufacturers, recorded impressive growths during the quarter. Huawei sales grew to 60.4 million in Q4, an impressive increase from the 43.9 million it recorded in 2017. OPPO sold 31.6 million units between October and December.

Why Are Big Brands Losing Sales? 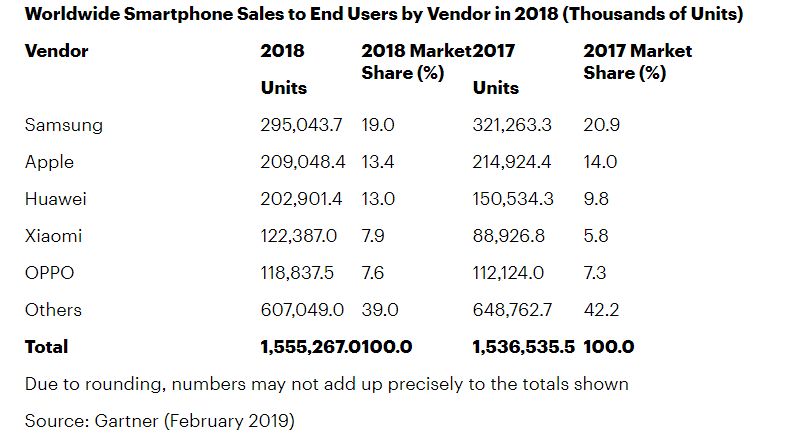 One explanation for the decline of these two big brands is the lack of innovation. According to Gartner, “incremental innovation at the high end” has slowed significantly, “coupled with prices increases.” In other words, high end devices come at high prices, but offer very few important features compared to older devices.

Added to this, users are increasingly sticking to older devices than replacing them with new releases.