The Nigerian business environment is the wild wild west both figuratively and literally. But just when we thought we’ve heard all the worst things about doing business in Nigeria, a new ever more pathetic story jumps right out.

The most recent tale is from Marek Zmyslowski, a Polish citizen relatively famous in the Nigerian startup community. Mark is a serial entrepreneur renowned as the co-founder of Jovago.com, a hotel booking platform that later merged with Jumia to form Jumia Travel. He also co-founded HotelOnline, a hospitality software and destination management company in Western Africa.

Time to break the silence. How Building the Amazon of Africa put me on Interpol Most Wanted list https://t.co/24Ew9r2ptA

In a recent blog post, Mr Marek explains that his investing experience in Nigeria ended on a disastrous note.

“Nigerians joke between each other that their country is never the number one in the ranking of the most corrupt countries in the World just because they can bribe the ranking”, he writes. “The reality is pretty close to the joke.”

In his post, Mr Marek explains that following Jovago’s merger with Jumia, he left the new company in 2015 to launch HotelOnline which he later rebranded to HotelOga. Funding for the new startup came from his own pocket alongside investment from “minority shareholders from Nigeria, India, and Poland.”

However, one of his Nigerian investors has very prominent “powerful friends that allowed him” to operate in different strategic sectors in Nigeria. He calls this investor the “Godfather”.

Mr Marek notes that in the “hostile business environment of Nigeria”, the “godfather” is the sort of individual a business needs to have.

But following internal struggle within the new startup, Marek and his godfather had a falling out. As a result, the godfather brought the full weight of his might against Marek to the extent of getting both an arrest warrant and a court order to freeze his account. Because Nigerian is a member of the International Police (Interpol), the Nigerian arrest warrant was effected internationally leading to Marek’s brief detention in Poland.

Wow Marek. I feel so ashamed of Nigeria for putting you through this. Wow. The horror. I hope that godfather gets his comeuppance and rots in a jail somewhere in an unknown country. https://t.co/yThmrFI67L

Even though he was eventually released, the episode exposes a huge problem with investment in Nigeria.

How Does Marek’s Story Affect Startup Investing in Nigeria?

According to Marek, he was not the first to experience this sort of problem. Two other founders of very well known startups also had similar experiences.

In essence, these sort of experiences are not new in Nigeria. As a developing oil rich country, godfatherism and their importance in business is unmistakable. Without Godfathers or strong backers, many Nigerian businesses would have crumbled due to peculiarities found in the country.

However, the problem is becoming more pathetic because apparently this culture has found its way into the country’s startup ecosystem.

In Marek’s time, the godfathers apparently took advantage of the fact that most startup co-founders were foreign, and thus had stereotypes about doing business in a developing. Marek himself said “I was always warned not to do business with Nigerians.” These founders felt they needed to be guarded and guided against the “unscrupulous” nature of the African business environment and this was what pushed them to the godfathers.

Not a wise choice, but that’s one way to go by in Nigeria if you are a foreigner. And when the fallout happens, and it usually does, it becomes one of “the problems of doing business in Africa”.

Nevertheless, the startup ecosystem in Nigeria has changed and most founders are now Nigerians.

Interpol? Dramatic, yes but have you had your General Ledger copied and sent to your financier (the IFC) by your CFO accusing you of high crimes because your Director stole $1.65m from your bank account and needed a cover?

Has the largest bank in Nigeria (an investor) suddenly.. https://t.co/wE2tDsdp12

And a large portion of financing now comes from foreign based investing firms. As a matter of fact, African businessmen rarely invest in startups. This has, somewhat, helped to reduce the need to have a godfather. And it perhaps explains why the fintech ecosystem has been slow to challenge players like SystemSpecs, Interswitch and Etranzact. You need a lot of clout to yank Remita from being the preferred transaction platform for government related transactions.

Nevertheless, godfathers exist and they still pull considerable weight in the regulatory environment. So godfathers may not come in as investors. But who’s to say they may not demand bribes as regulators?

Going forward, the startup ecosystem should be on the lookout. Because as the sector keeps growing, so too will the interest of godfathers. 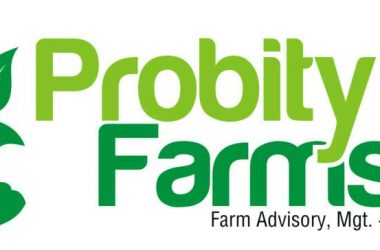 Probity Farms, an AgriTech startup, is the latest company to capture our attention in the Nigerian AgriTech industry.… 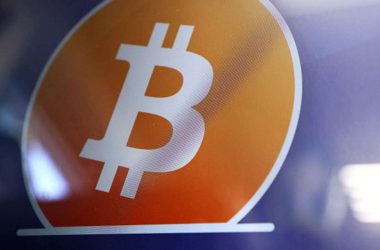 Positive signs for BTC as amount of users spike

The largest and most influential cryptocurrency in the world, Bitcoin, had a mild decline over the weekend. Sellers… 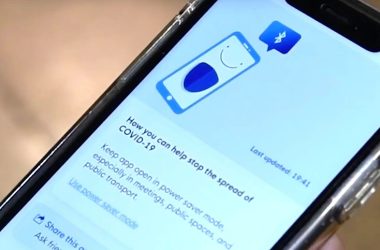 Covid-19: Contact Tracing in Nigeria and the Opportunities Posed by Apple and Google API’s

Tech giants, Apple and Google have publicly launched their software tools that will make it possible for public…