Airtel Africa is on the verge of securing a $200 million investment deal from Qatar Investment Authority (QIA). The Africa telecoms giant is looking to complete the deal through an issue of primary shares.

The company hopes to use the new funds to reduce its current net debt without selling existing shares.

Wholly owned by India’s second largest telecom company, Bharti Aitrel, Airtel Africa has been looking for new sources of funding for some time now. The African subsidiary is looking to raise funds to help reduce its debt portfolio which currently stands at $3.7 billion.

“We are excited to welcome Qatar Investment Authority as a longterm strategic equity partner … This transaction will not involve any sale of shares by existing shareholders. ”

In November 2018, Airtel Africa raised $1.25 billion from a group of six investors including Singapore Telecommunication and Japan’s SoftBank Group. The investment required the issuance of new shares for the African subsidiary.

This latest $200 million deal with QIA uses a similar equity issuance and importantly, scores another global financial heavyweight as a shareholder. With $1 trillion under its bourse, Qatar Investment Authority is an important player in the financial world. Their financial backing brings a huge measure of confidence into Airtel’s long term plans.

As a result of this deal however, Bharti Airtel’s shareholding in Airtel Africa reduced from 71.6% to 67.24%.

Meanwhile Airtel Africa has shown plenty signs of growth recently. In Q3 2018 which is Bharti Airtel’s most recent quarterly report, there is an incredible 213% year-on-year profit increase for Airtel Africa.

The African subsidiary also recorded impressive revenue growth of 15% for the first 9 months of 2018. Revenue for Q3 stood at $822 million, while revenue for the year ending in September stood at $2.345 billion.

These are impressive stats for the company which has around 94 million subscribers on the continent.

More so, the stats increases confidence in Airtel Africa few months to its scheduled IPO. The company is expected to list on the stock market by mid-2019. It has already hired banks like JP Morgan, Citigroup and Merrill Lynch as underwriters for the IPO.

Airtel Africa aims to raise around $1.5 billion from the IPO. But with its growing profits and the clout of new investors, Airtel Africa’s IPO could become bigger than expected. 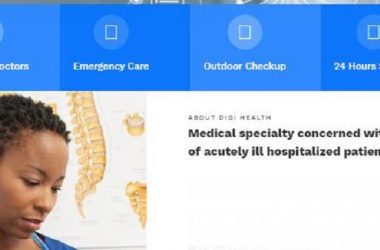 Despite various reforms, access to quality healthcare in Nigeria remains below par. Over 100 million Nigerians are still… 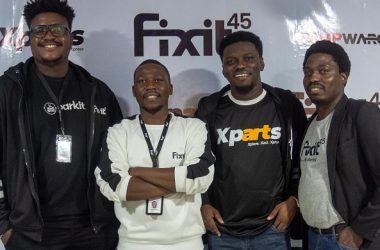 Nigerian autotech platform, Fixit45 has announced the acquisition of Parkit, a platform offering a wide range of auto…

AFF Disrupt 2019, Leveraging Technology for Business Growth and other Tech Events this Week

Hi everyone. With new weeks comes new opportunities and this week is not different as it is loaded…