January 2019 was a truly interesting month for Nigerians on the internet. As the first month of the year, January packed a lot of activities and plenty to talk about from all angles. So we decided go through Nigeria’s search history for January to find out just what Nigerians were following and have been interested in so far.

Here’s what we discovered.

Nigerians’ love for football is unexplainable 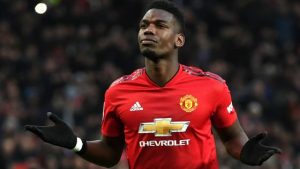 From start to finish, football related searches topped the list nearly every day for the whole month. However, Nigerians tend to gobble more football content on match days.

Surprisingly, live scores is the top favourite search among Nigerians. This is surprising because it means that more Nigerians are increasingly following live matches on Google whereas there are plenty of sports websites and live scores platforms that they could run to instead.

Transfer news is also a top favourite for sports. January is the first transfer window in European football and everybody wants to know who’s moving and where. So no surprise here.

Nigerians Love Tennis A Lot and Some Still Follow Wrestling

In January, tennis-related searches stood out in Nigeria’s search history. While this might be connected to the Australian Open Grand Slam traditionally held in January, it nonetheless confirms an unspoken truth: Nigerians follow and love tennis.

Nigerians love both male and female tennis as search history for January 2019 shows interest in Japan’s Naomi Osaka, Andy Murray, Novak Djokovic, Rafael Nadal and of course Serena Williams. Although these are the biggest names in the sport right now, it also reveals that they have large following in Nigeria.

WWE’s Royal Rumble was also a brief search favourite in January. Thus while we may think interest in wrestling has faded, our January search history says otherwise.

Nigeria’s search history for January, unsurprisingly was dominated by politics and importantly, the presidential elections. The Presidential debate, for instance, was a key trend for the month.

But surprisingly, while one would expect the two major candidates to trend after the debate, three up and coming presidential candidates; Fela Durotoye, Oby Ezekwesili and Kingsley Moghalu trended instead. This might be because these three actually participated in the debate while Atiku and Buhari snubbed the event.

However, towards the end of the month, their names began to trend for negative reasons following Oby Ezekwesili’s decision to withdraw from the contest.

Falz trended for a long time in January. The musician’s statements on topical issues generated quite a following early in the month. He followed this up by releasing his “Moral Instruction” album.

The album became popular, but Falz later got into a controversy of his own over his statements about “transactional sex” but that’s a story for another post.

Unemployment is high in Nigeria so it was not surprising to see Nigeria’s search history for January reflect this. In the last month Nigerians were seriously looking up details about the INEC adhoc staff registration procedure, and many were keenly following news about Nigerian Army recruitment.