GEEP COO, Uzoma Nwagba Explains Why #TraderMoni is Not a Campaign Strategy

With incumbents and opposition politicians devising schemes to win over supporters, it is very easy for important government initiatives to fall prey to politicking. 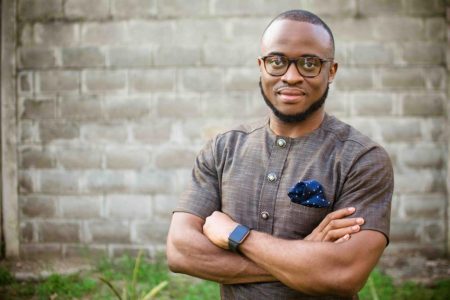 TraderMoni is perhaps the best example of a government initiative entangled in a political quagmire. But Uzoma Nwagba, one of the key architects of the TraderMoni scheme has come out to clarify all doubts and confusions about the scheme.

In an interview with BusinessDay, Uzoma, the Chief Operating Officer (COO) of Government Enterprise and Empowerment Programme (GEEP), which runs the scheme, offers an insider view of what the scheme is and what it is not.

What is TraderMoni Again?

Launched in October 2018, TraderMoni is an economic program that aims to provide financial assistance to traders in the country’s informal economy. These include hairdressers, meat sellers, tomato sellers and others whose business is ineligible for regular bank loans.

Instead of “Tradermoni” which is effectively politics, the government could have created more jobs and lifted people out of poverty by funding cooperatives and groups. They could even get more political amplification from such groups while doing God’s work.

The TraderMoni scheme is the brainchild of the Government Enterprise and Empowerment Programme (GEEP) and is supervised by the Bank of Industry.

TraderMoni provides loans of between N10,000 and N50,000 to traders. Traders have 6 months to pay back the loan and can choose to pay in weekly instalments until the deadline. Upon repayment, borrowers become eligible for future loans of even higher amounts. The cycle continues up till the borrowing N50,000 limit.

However laudable and accessible the scheme has been, several quarters have called the scheme unsustainable and vote-buying.

They argue that the scheme was introduced way too close to the campaign season for it to ever be in the interest of the populace.

They have a good point to back this assertion too. Because TraderMoni guarantees minimum loans of 10,000, it has been argued that first-time borrowers can easily default on payments and get new ones.

Others have also argued that the scheme’s N10,000 loan is way too small to make an impact

But according to Uzoma, the claim that TraderMoni is vote buying is untrue. And he explains why.

Why TraderMoni is Not Vote-Buying

The first clarification he made is that while TraderMoni appears to be a recent creation, GEEP, the program that powers it, is not.

I don't think so, I know so. #TraderMoni is here to pay keen attention to the welfare of the average Nigerian and the economy at the base of the financial pyramid and there is no political undertone to the project as referred to by few people.

“GEEP was initiated in 2016 by the Federal Government; with an understanding that there are over 30 million Nigerians at the base of the pyramid who are in an active commercial activity but never have an opportunity to access credit.”

He points out that GEEP is currently spearheading three financial schemes: TraderMoni, FarmerMoni and MarketMoni. Aside from TraderMoni, the latter two had already been existence before 2018. MarketMoni, for instance, was launched in 2016. And interestingly, TraderMoni borrows heavily from MarketMoni.

Mr Uzoma explained that the decision to launch TraderMoni hinged on the principle of financial inclusion. Unlike TraderMoni, MarketMoni provides interest-free loans between N10,000 and N300,000. Yet, it requires borrowers to provide BVN details up front. Using their BVN details, the scheme could block all bank accounts of loan defaulters.

For TraderMoni “we are taking a slightly different approach of not requiring BVNs or bank accounts as our targets are significantly less educated or sophisticated,” he said. “We need to first solve their problem of [financial] access and reduce the barriers to that.”

But after the first borrowing, users are required to provide their BVN details.

This explanation pretty much sums up the rationale behind TraderMoni. And to a large extent, it’s a valid one.

However, in such a politically charged environment, this explanation would not be accepted in many quarters. Because unlike other GEEP schemes, TraderMoni has received the most publicity and has seen the Vice President tour markets around the country to promote it. In a campaign season, this will always be questionable. 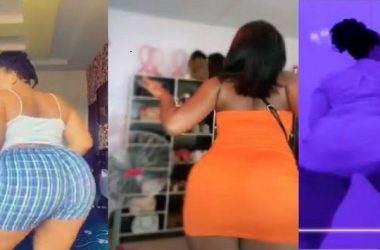 Hi guys, trust you had a great week. While you’re going about your weekend activities, take a moment… 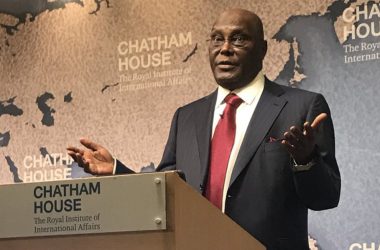 Intrigues following the conclusion of the 2019 Nigerian Presidential elections are far from over. According to news reports… 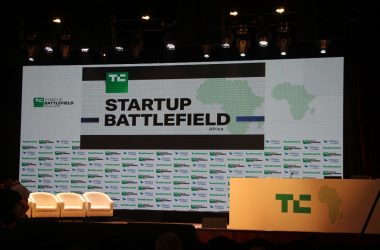