Being the Transcript of my keynote address at the 40th Anniversary of Nigeria Computer Society (NCS) & 2018 National IT Merit Awards (NITMA) on Friday, 16th of November, 2018.

Good evening distinguished ladies and Gentlemen, please allow me to stand on the established protocols to save time. Just 17 years ago, Kodak had 170,000 employees and sold 85% of all photo paper worldwide. Within just a few years, their business model disappeared and they were bankrupt.

This may happen to our Association in the next 10 years – even if we don’t see it coming. Kodak was not the only casualty. There were also Sony and Fuji who made tons of money selling Cameras and films; especially films. We have always loved our pictures ask Facebook and Instagram what their successful business model is based upon.

Indeed, who in this hall is not excited by the flash of the camera lights in their faces? Today you are sure that the flash of the mobile phone signals a picture, but in those days the photographer just continued flashing away even when he ran out of a film, just to keep the crowd happy.

When the destructive Polaroid technology was invented to bypass the paper film, these industry leaders ensured its swift death by studiously ignoring the innovation. What they did not see coming were the tech companies who would eat not only their breakfast but also their lunch and dinner as well.

The likes of Apple and Samsung who neither used paper films nor Polaroid paper. Just seamlessly click away and take as many pictures as you like, and you can even customize the pictures to look much more beautiful or handsome. Sometimes you have to disrupt yourself to emerge a better and more effective you. We have to learn to unlearn and relearn.

What worked perfectly many years ago may not work today and certainly not tomorrow; that is the inevitability of innovation and change. The camera and paper film industry is by no means the only casualty of disruption. Look no further than Uber and AirBnB to see how the taxi and hotel industries have been disrupted. And more significant disruption is certainly coming by way of Artificial Intelligence, Big Data and Cognitive Computing.

Think of all the drivers that will lose their jobs to driverless cars and many of us that may lose our jobs to IBM’s Watson. Our beloved NCS is in danger of becoming irrelevant…

I remember as a student being a very proud Student member of the Computer Association of Nigeria and attending many insightful conferences. While we have gone through two name changes from CAN to COAN to NCS, nothing more seems to have changed. Are we in touch with our millennials today.

Do we have any connection with Government technology Agencies such as NITDA and NIGCOMSAT? Do we make any inputs or contribution into Government technology strategy policy? I ask these questions because it seems that a myriad of other groups has emerged that are filling out relevance vacancies.

Take for instance a WhatsApp Group called Fintech 1000, to which I belong. There have a crisp and clear vision and purpose. It seems that all the leading technology leaders are on that platform because they identify with the vision and want to contribute to achieving it. They have very meaningful interaction, and some of their initiatives and input into Fintech policy documents will make us green with envy.

Her members include the CEOs of budding young innovative companies such as Paystack, Paga, flutterwave and also established ones such as CWG, Interswitch, Chams etc. Many banks and telecoms leaders across Africa regularly make contributions. People join an Organization because they identify with the vision, which should be inspirational and aspirational enough to attract them.

They want their presence and contribution to meaningfully impact their society…

How many people in this room still remember the vision of the NCS. It is possible that the old vision has run its course and we need to craft a new direction for ourselves, in these rapidly changing times.

Is our foundation vision robust enough to stand the test of this fourth industrial revolution?. We used to be a very large association and found comfort in our numbers. Things have changed, neither age nor size guarantees relevance; in those days we used to say that the big fish will eat the small fish. Today, it is the fast fish that eats the slow fish…

Perhaps some of the advocacy that could make the NCS more relevant would be championing the campaign for Original Equipment Manufacturer (OEM) Partners of our local companies to shoulder their own tax burden than leaving it all onto the local partner, even though the major part of the deal goes to the OEM. The local Partner is therefore left with a huge withholding tax burden on his meagre margin and is chronically cash-strapped, leading to anaemic growth if at all.

Another advocacy point could be campaigning for the OEMs to accept their portion of payments in local currency, as currently happens in Kenya; so that the local company is not left alone to bear the exchange risk.

Should the NCS perhaps approach Fintech 1000 to be them into the fold? Should we reach across other similar associations in Africa to take advantage of network effects? Should we court our technology gurus in the diaspora to become members, especially in this era of online participation? Should we make it easier for non-computer science graduates running technology companies to also join our association? 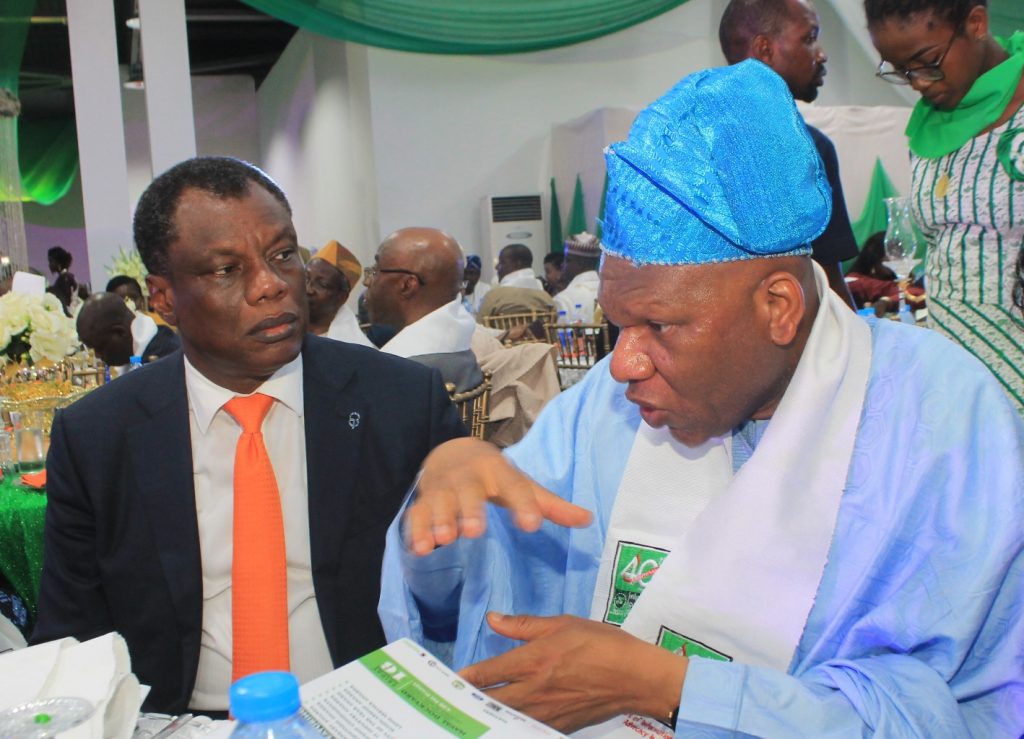 A friend of mine once said that it is better to have the camel in the tent pissing out than have it out passing into the tent. We have had sufficient warning. This fear of inevitable irrelevance was raised by Demola Aladekomo in 2016. He invited the college of fellows to the metropolitan club to address this issue. Did any action plan result from there? If so is it been implemented?

To be fair, I saw for the first time an initiative by our association to start admitting online participation in meetings. And this is undoubtedly a step in the right direction But is it perhaps too little too late. I believe we need to reimagine the NCS, craft a new vision and chart a new course…

We need a diversity in Leadership which will include our outstanding millennials. Our old leaders keep the history and traditions, but it is our young leaders that can point us into the direction of the future.

Having lived out my vision at CWG Plc, a company we founded and listed as the largest security in the technology sector of the Nigerian Stock Exchange, I have started on a new vision of mentoring Business Leaders and Entrepreneurs to geometrically scale their businesses in order to optimize the jobs they create, because I believe this will enable shared prosperity.

We have Mr Muhammad Kabiru Ahmad, OON, Chairman, Polaris Bank Limited, in the building!
And, we are discussing leadership and reforms!#ALA #ALAMasterclass pic.twitter.com/E2rIX00ls9

The Ausso Leadership Academy is the vehicle that I am deploying to impact at least 200 people per year to double their turnover one year after impact. We have the full support of our most outstanding Business Champions who come to share their experiences to inspire the delegates.

I believe that #ALA can work together with the NCS to avail our members this opportunity. I hereby offer a 20% scholarship to NCS members who would want to attend the Academy and register through the NCS.

I charge us to recommit and re-imagine our beloved Association, the NCS. Posterity will judge us harshly if the NCS becomes extinct under our watch. The best time to act was 10 years ago. The next best time is now.

Thank you and God bless you.

Austin Okere is the Founder of CWG Plc and the Ausso Leadership Academy. Austin has an MBA from IESE Business School, and over 25 years entrepreneurial experience. Austin is an Entrepreneur-in-Residence at Columbia Business School, New York. He was appointed to the Advisory Board of the Global Business School Network in Washington DC in recognition of his major contribution to the development of business education and knowledge transfer in Africa.