It appears a compromise has finally been reached between the CBN and MTN Nigeria over the humongous $8 billion fine slammed on the teleco in August.

According to reports, Rob Shuter, CEO of MTN Group himself, was in Nigeria yesterday and had a meeting with the CBN governor, Mr Godwin Emefiele. This Day reports that the meeting ended with an agreement to substantially reduce the $8 billion fine.

However, neither of the parties has issued an official statement to that effect. In fact an MTN spokesperson claims she was not aware of the said meeting.

The $8 billion fine on MTN has been a very serious issue for both the telco and the CBN since it was announced in August. The CBN alleged the telco had illegally repatriated $8.134 billion back to South Africa between 2006 and 2016. The CBN emphasized that the remittances were a flagrant violation of extant laws and regulations of the Federal Republic of Nigeria.

And more so, MTN was slammed with another $2 Billion fine as penalty for the violation. The four banks that aided MTN illegally tunnel the fund were also fined.

MTN group has since taken the case to court with hearing now scheduled to hold on December 4.

The dual shock of these events saw MTN Group’s share price tumble to a 9-year low. Its share price dropped to levels not seen since the global financial crisis.

South Africa's central bank warns the MTN-Nigeria $10 billion dispute could be a risk to the nation's financial systemhttps://t.co/KfU4LaIfSa

And the move has also had a very scary implication on the South African financial system. The South African Reserve Bank (SARB) reported in its Financial Stability Review that the fines amounted to 100% of MTN Group’s market capitalization. Honouring both fines would significantly impact the Group’s other debt obligations. This not only exposes the country, but other stock on the Johannesburg Stock Exchange too.

“Any potential impact on the South African financial system arising from this event will depend on the eventual resolution of the matters raised and MTN Group’s ability to continue meeting its debt obligations,” the bank said.

And the SARB warned that if the situation was not resolved, it would advise MTN to divest from Nigeria. A tough decision considering the country accounts for a substantial part of its revenue.

So news about a reduction or any agreement about the fine will come as a huge relief. However, for now, details about such deal remain sketchy.

Hi guys, welcome to the new month. Although, lockdown procedures are being eased in some parts of the… 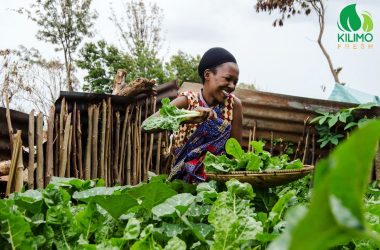