How Much of What You See on WWE Wrestling is Real? Here Are Secrets That Will Shock You

WWE wrestling is one of the fastest growing sports in the world. Its organisers are always quick to remind the world that their brand of wrestling isn’t exactly ‘sports’ but ‘sports entertainment’ but who is listening?

One of WWE’s sub-brand, WWE Raw, is currently the longest running episodic programme in the world with more than a thousand episodes. Coming a not too distant second is Raw’s sister brand, WWE Smackdown which recently celebrated its 1000th episode.

In a nutshell, if you want a TV series that will never end, WWE might just be the place for you.

For many Nigerians, WWE wrestling provides a most certain form of relaxation every week. It has become common to see people converge at DVD shops on Tuesdays and Wednesdays to catch the latest episodes of Raw and Smackdown.

Nigerians that abuse other Nigerians for watching WWE on the road; Come and see o.. https://t.co/hsHJI3yUub

It was on one of such viewings that an argument erupted. While one man was pointing at the blood oozing from a wrestler’s nose as proof that the fighting is real, someone else was trying to convince him that the presence of blood doesn’t make anything real.

In the end, the first guy who sounded more reasonable given the context of ‘fight’ won the argument. But does that make his argument true? What is real and what isn’t in the WWE?

Some details that will interest you…

Several things are indisputable though. WWE Wrestling has some of the best athletes in the world. It takes amazing cardiovascular conditioning to keep up with energetic in-ring performances.

Sometimes wrestlers travel around the world and deliver as much as three performances in just one week. Without excellent physical conditioning, they wouldn’t stand a chance.

There are several storylines complete with scripts, plots, proper characterisations and even themes. So, a storyline usually climaxes into a fight or several fights.

I agree @JWMiller8050 , I understand wanting McIntyre to look really dominant but I wouldn't of done that to Kurt Angle cause it made the wrestling legend look very weak. Be more okay with it though if down the line #WWE sets up a redemption storyline for Kurt but we'll see. #RAW

Faces and Heels are both terms in WWE wrestling. Faces are performers who have been scripted as heroes. Thus their actions both in the ring and during the plot have been designed to make them look like good guys. The crowd, therefore, loves them.

Heels are the exact opposites of Faces. They are villains and are scripted to do vile things and hate everyone.

I know I can’t be the only one that wants the Glorious one to turn heel. What do you think… Should Bobby Roode stay face or turn heel? #RAW

Many times, a wrestler can change from Heel to face or vice versa depending on the dynamics and perceived entertainment values of the show writers.

But what isn’t real in WWE?

Yes, the names of most WWE wrestlers are not their real names.

Only a few wrestlers like Brock Lesnar, Kurt Angle, Ronda Rousey, Randy Orton etc use their real names. This is usually because they already had big names before coming to WWE.

Happy No. 53 to Mark "The Undertaker" Calaway. pic.twitter.com/HukloCENTA

WWE fights are actually scripted and ‘acted’ out. Yes!

Superstars know what is expected of them in any fight; the moves they would execute during the match and when to execute them. They also know what to expect of their opponent and work hard to help each other complete their moves.

And Shawn Michaels just about died on that moonsault. Ol' Man just landed on his face, barely saved it from being his head/neck. #WWECrownJewel pic.twitter.com/E0qxIod6Px

Take for instance when a wrestler wants to execute a moonsault against a standing opponent. Because a moonsault is a back flip from an elevated position, the wrestler who would suffer the moonsault has an obligation to move into position so that the move would land perfectly and so he could catch the opponent delivering the move.

Sounds like a fighter helping his opponent inflict punishment, doesn’t it?

Well, it’s all for the greater good.

This might come as a shocker to many WWE fans but it is true.

WWE fights are predetermined and everyone at the WWE, from the CEO to the referees, already knows the winners. The only people who don’t know are the audience.

Yet, if you have followed WWE closely and long enough you could easily predict who would win certain fights.

Betting on WWE is so weird to me. The outcome is predetermined, but the lines are not skewed in any way. https://t.co/490tdQSxcn

Referees are more than just referees

In sports, referees are supposed to be unbiased arbiters. But in a combat sport like WWE, how do you explain a referee kicking a weapon towards one of the wrestlers for them to use?

Well, you may call it partiality but in the WWE, it is called acting out the script. The script says the wrestler has to use that chair as a weapon at that time. It is the duty of the referee to make sure that happens if the wrestlers can’t.

Referees are more than just umpires, they are very much part of the action. They have been alleged to whisper to wrestlers details of their next moves. Sometimes they physically assist them when executing such moves like in the image above.

Simply put, most of the blood you see on WWE are self-inflicted. That’s right. The bleeding wrestler usually cuts himself, by himself. It’s called Blading. (Viewer discretion advised for next image)

I'm not encouraging blading in the wrestling but when some blood happens it's just a wonderful treat. pic.twitter.com/i5kJBVBxb3

In the recent WWE Crown Jewel event, a returning Shawn Michaels landed badly on his face off a moonsault delivered against The Undertaker. The result was real, unplanned bleeding from his nose. But those are very few and too far in between.

Do you think that juicing/blading is needed in a wrestling match?

Blading has been greatly reduced because of WWE’s PG rating but many viewers still think it is cool.

Lol hahaha I use to live wrestling! Back in the Rock, stone cold, and Goldberg days! But wrestling is real but the outcome is predetermined.#wwf #wwe #wcw #wrestling #strangerthings #starwars #infinitywar #netflix #disney #marvel pic.twitter.com/PBOoQNF3ij

In conclusion, this post in no way tries to discourage WWE wrestling fans from their favourite entertainment. Despite all this knowledge, yours sincerely is still a huge WWE fan.

But just like people enjoy movies even unbelievable ones knowing they are exaggerated film tricks and stunts, so also could WWE fans enjoy their shows knowing a lot of things aren’t the way they seem. Trust me, it is better that way. 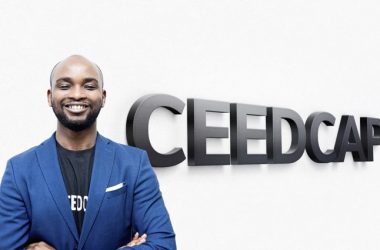 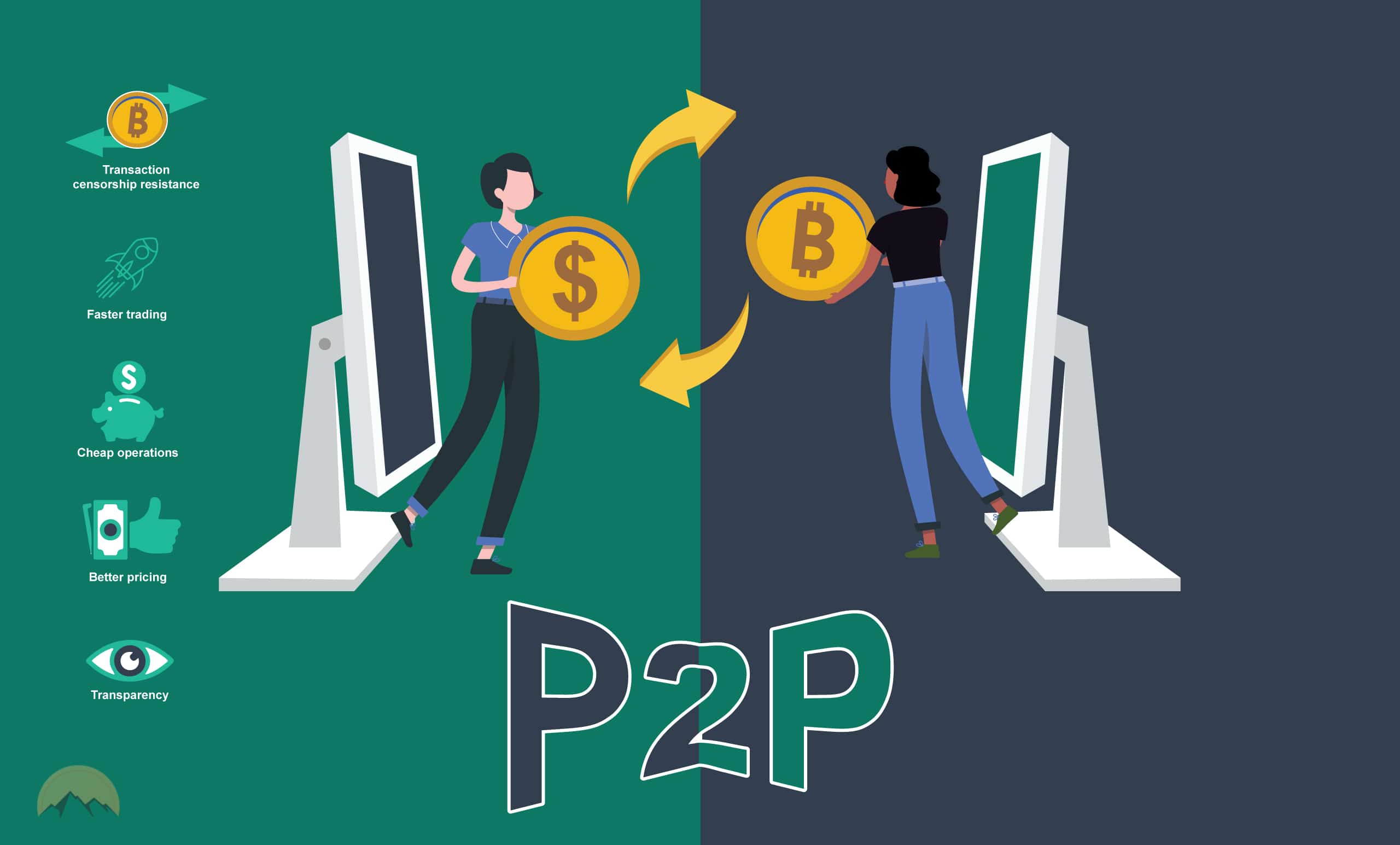 According to details from last week’s trading activities, peer-to-peer cryptocurrency transactions in Nigeria dropped by 43%. This decline… 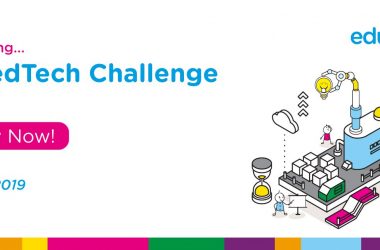 Union bank is currently receiving applications for the third edition of its Edtech challenge. Applications to participate in…