Why is Getting an Insurance Policy Complicated in Nigeria and How Can Technology Make a Difference?

Some time ago I was in a car with a client when we drove by a typical Lagos “you don bash my car” scene. There was the usual commotion with its attendant vituperation and chest-puffing.

One driver, the one whose car was bashed, was shouting the usual, “Do you know who I am?” And the other driver, the obvious Danfo man was replying, “Who you be?” My client, a Swiss gentleman was clearly dismayed and asked: “what are they fighting for?”

Those Danfo and Buses that got burnt in #Ojuelegba, how many would have been insured? #Auto #Insurance is a NEED! Check out @myautogenius

I and the driver looked at each other like, okay he’s clearly a foreigner he doesn’t understand this is probably the only way the car owner gets any compensation from the Danfo driver.

“They are not really fighting,’” I replied to my client. “They are actually negotiating. In the end, the bus driver would agree to pay part of the cost for fixing the damage, no matter how little.”

The client’s next question stunned me.

“Are you saying the bus driver doesn’t have insurance?”

I began to imagine a Danfo driver in Agege or a Keke rider in Obalende with insurance. As you would expect, it was hard to imagine. But it even feels worse trying to imagine how many Nigerians don’t have health insurance.

‘Only 3% of Nigerians have access to health insurance’ https://t.co/rPeROJDt6N @vanguardngr.com

In a country where the most common illnesses are some of the biggest killers, 3% is too poor. More so if you consider that majority of the people insurance should benefit more are the low-income earners.

Lack of Finance is a huge barrier to accessing #Healthcare. Availability of adequate health facilities is also a challenge to #HealthForAll. While health insurance can address financial problems. Govt should make health facilities available to address any challenges to access!

So, why exactly is health insurance such a big deal for us in Nigeria?

One of the major problems is poverty and diminishing sources of income.

"People in Silicon Valley are raising millions of dollars for problems that I like to call 'champagne problems'. Coming from Nigeria, where there's no health insurance, poverty, it seemed ridiculous" @daratreseder at #INBOUND18

It would be very difficult to ask a man who isn’t sure where his next meal would come from to bring out money, when he eventually finds it, for health insurance. It is just impossible.

Another reason why health insurance is such an affair in Nigeria is just ignorance. People have heard about insurance programmes. But due to the phenomenon simply called the ‘Nigerian factor’ which causes the average Nigerian to be suspicious of anything that involves paying up front, they disregard it.

7500 is even on a high side bro, I spoke to a health insurance representative, he said I can get a decent package for 2500. The problem here is just ignorance and people’s unwillingness to know about these things because of their perception of the Nigeria system

With such attitude, health insurance will continue to drag for a very long time.

Another issue with insurance is the fact that people just don’t want to pay for it. Some such people think it ought to be the duty of government to provide free health insurance. Others insist they would pay for their treatment when they get sick, not before.

This is something that should start in Nigeria.

The problem is you will hardly find someone who will want to give up some money for health insurance.

I will work with you software wise to make this happen if you would like to include me. https://t.co/P7LlOt8FTE

It is no longer news that the government itself has been standing on watery feet when it comes to health insurance.

“Government investment in strengthening health insurance systems is paramount to achieving Universal Health Coverage – in Nigeria and around the world, too many people are plunged into poverty by health emergencies that they or their families experience.” #UNGA-73

With government officials allegedly looting funds meant for the National Health Insurance Scheme and lacking the willpower to enforce policies, health insurance in Nigeria has largely followed the government’s lead.

There is nothing like health insurance in Nigeria.The National Heath Insurance Scheme in Nigeria is nothing but a scam to steal public fund by individual in government. @NhisNg @APCNigeria @OfficialPDPNig

HMOs are supposed to help tackle the problem of affordability, but sadly, a lot of low income earners still cannot afford the cost of an average HMOs basic plan. There are other issues with health insurance in Nigeria that cannot be broached on here.

Sadly, they have failed.

Another underlying problem with health insurance is people’s religious beliefs. A lot of Nigerians believe paying medical bills when clearly not ill means decamping from their faith. They also believe it means giving oneself bad omen.

We don’t need an oracle or cutting-edge technology to tell us that health insurance holds the key to affordable medical care for average Nigerians. It ’s just sad that Nigeria, from the government down to the people, are not averse to it.

What is left to be seen is the synergy between these Fintech companies and the established. The synergy is so needed because the Fintech companies are designed to reach the people the big players are not configured to serve. Talk about the unbanked but with access to mobile phones. Another key factor to be explored are the regulations that make market entrance a gruesome burden.

But a lot still needs to be done. One can only wish that we somehow overcome the many factors militating against the culture of health insurance in Nigeria. For our own sake. 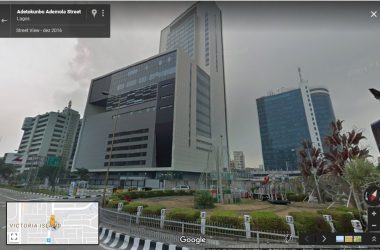 By Enyioma Madubuike As part of Google’s move to further penetrate the Nigerian market through its ever innovative products,… 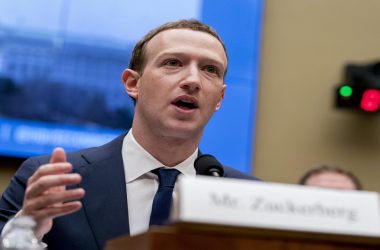 Hi Guys! Friday is here again. And as usual, the week was packed with lots of news and… 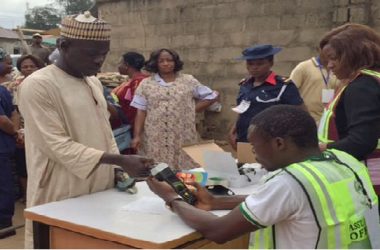 As INEC Plans to Introduce e-Voting in 2021, What are the Chances of Success?