There were quite a lot of interesting happenings during the week. However, I am going to share just a few outstanding ones with you.

The news that Technext celebrated its one year anniversary, Social Media on fire as  Nigeria Celebrates 58th Independence and the unveiling of the GoDo.ng Facility for Start-up Development by John Obaro and other interesting stories are in this review.

TechNext At One, Still Telling Stories That Everyone Understands.

During the week, precisely October 1st, TechNext officially celebrated its one year anniversary, we officially launched our tech news and analysis platform, Techext.ng to tell technology stories in a simple way, in a language that everyone can understand.

About a year ago, October 1st, 2017, we officially announced the launch of our tech news and analysis platform, https://t.co/XRpBm1JNu4 to tell technology stories with an African slant, in a language that #AnyOneCanUnderstand#WeAreTechnext #TNN
👇https://t.co/pNbby3eWTt

A lot of people do not read tech because it is too techy. Somehow, we have made ourselves believe that to be tech is to be geeky and about coding. 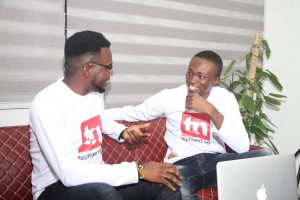 During the past one year, we have been able to make you all understand that Tech is business, Tech is daily living, and that Tech is the very enabler of our existence and its narrative is woven into all that we are and do.

Happy one year anniversary to us.

Twitter, Facebook and Instagram suffered a lot of negative comments and sarcastic images as Nigeria celebrates its 58th independence. Angry Nigerians said that Nigeria is still not a nation as there is no good thing to celebrate. They expressed their anger with bleeding images on social media.

They named the independence corruption, bad governance, no Electricity etc.

While some asked Nigeria to start acting its age as 58 years of independence isn’t 58 weeks!

We all pray for a better Nigeria at the end. Happy independence to us.

GoDo.ng is a growing community that offers support for start-ups at different stages of their development through capacity building, incubation, mentoring and resources.

GoDo.ng was publicly unveiled during the week, in a brief, but the colourful event, at 53, Oladipo Bateye Road, GRA, Ikeja, Lagos.

https://t.co/agSqUJuw2r has been formally unveiled by the Managing Director, SystemsSpecs, Mr John Tani Obaro. In his words: “It is an honour to be a part of this great initiative and I hope this inspires a generation of young people to never give up on their dreams.”#GoDoUnveil pic.twitter.com/d6nlZBn1mn

Do well to visit GoDo.ng  as it is a platform established and made available for the use of creative and innovative minds, as they converge to share co-working space, with state-of-the-art-facilities, with the aim to foster collaboration and building sustainable business relations.

Nigeria’s Vice President, Prof. Yemi Osinbajo visited Genesys Tech Hub in Enugu during the week and has reiterated the importance of grooming homegrown technological solutions and assured Nigerian inventors of the Federal Government’s support to enable them to thrive.

Technology is the future and I am excited that our young men and women are creating home-grown technology solutions to some of our challenges. pic.twitter.com/GgDT3fqO0P

He spoke with some of the innovators designing tech solutions for boosting Agric related services, Finance and a host of other activities, and said that technology is the future and expressed how happy he was that it consists of mainly young men and women.

Taxify has launched its services simultaneously in Ibadan and Owerri as it embarks on an expansion course across major Nigerian cities.

With our Owerri & Ibadan launch hours away, we can’t wait to start moving you to the places you have to be.

We’re adding hundreds of drivers across both cities to make movement even better. So download the app and start enjoying Taxify's services #TaxifyInIbadan #TaxifyInOwerri pic.twitter.com/ZnUDc5UgkS

The Taxify app connects passengers and drivers at the touch of a button, in real time via smartphone.

To celebrate its launch, Taxify is offering 20% discount in both cities for all rides in October 2018, and also enjoy a free first ride with the promo codes…. so if you are in Ibadan or Owerri, dont miss it.

Thats all on our weekend roundup, we hope you enjoyed it…Do have a lovely weekend.