Tired of Annoying Broadcasts, Truecaller Chat May be the Messaging App You Need

In its latest announcement, Truecaller, the world’s leading app that helps detect spam calls and messages has introduced a new instant messaging (IM) service, Truecaller Chat, to help users connect with their friends as well as combat the spread of viral fake news.

The new chat feature which allows for text conversations and sharing of media comes with an anti-spam and fake news tool that allows users to report spam messages and links, ensuring that fake news is not circulated unchecked by the messaging feature.

Popular anti-spam app @Truecaller has launched a chat app #TruecallerChat with capabilities to detect #fakenews. The company aims to prevent the problems caused by spam, false information from going viral.https://t.co/0q1Rp1DPQ0

We hope that by introducing Truecaller Chat, this will be a big step towards curbing the problems caused by spam and false information going viral and helping people distinguish misinformation in their daily lives, it said in a blogpost.

This gives users the ability to report fake articles, misinformed blogs, and any type of websites that could pose threats or even cause viruses hence decreasing the spread of fake information. This is very much needed, especially when you consider the high rate at which fake and malicious news/links plagues WhatsApp, and other prominent social messaging platforms which is increasingly becoming a problem.

For example is the case of a Whatsapp group administrator and members arrested in Kano, Nigeria for circulation of fake news in the group. 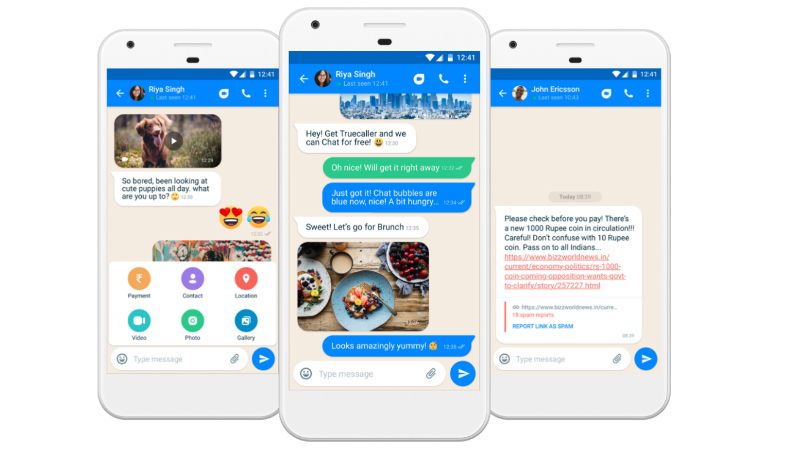 And in doing this, Truecaller chat does not bores users with anti-spam features alone, as it also comes with interesting features for users such as, auto-switch between Chat and SMS – messages sent between Truecaller users will be handled in the app for free (Chat), while messages sent to non-users will go over as SMS, all which is supported by the app.

Other features include full media sharing support and more than it promises will provide its users with ‘an enjoyable experience‘.

Truecaller which has helped erode spam faced by users as phone calls through the Caller ID and has also smoothened the SMS experience by filtering unwanted messages continues to develop into a social service app. As it already supports mobile payments service (since its acquisition of Chillr in June) and Data Backup for Android users.

The Truecaller Chat is currently available for its Android beta users and will be rolling out to the public on Google Play and App Store in the next coming weeks.