Kevin Systrom and Mike Krieger, founders of popular social media app, Instagram have announced they are leaving the parent company, Facebook, in a couple of weeks. They announced their resignations on Monday.

The @instagram journey is one I won't forget. It started by building simple products that solved universal problems. Now eight years we look back and are proud and grateful to have been part of that journey. Thank you to the entire community as we move on for now.

In a press release, the duo shared they are ready for a “next chapter”, but gave no reason for their resignation.

Their resignation raises more questions about the future of Facebook and whether or not Instagram’s independence would be eroded.

Kevin and Mike developed the hugely popular Instagram app in 2010. And within a few years, the app had garnered traction and was looking like a long-term threat to Facebook. But in 2012, Zuckerburg bought Instagram for a whopping $1 billion. And over the last six years, Instagram’s user base has swelled. It now has over 1 billion users. 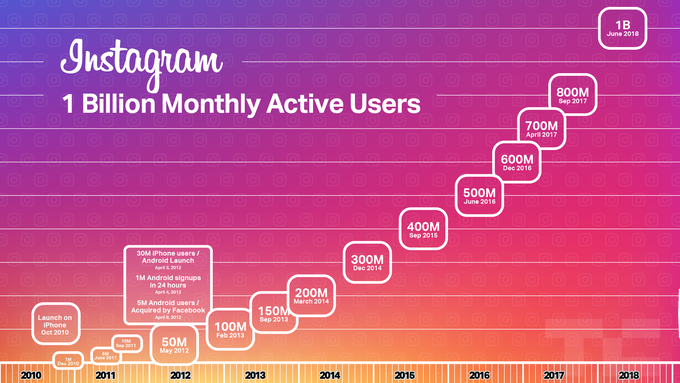 But a key part of Instagram’s growth has been due to its independence from Facebook. When Zuckerburg bought Instagram, Mike and Kevin remained on board, serving as Instagram’s Chief Executive and Chief technical Officers respectively.

Thanks to this, alongside its own features, Instagram has been spared from the annoying phenomenon of fake news. And importantly, despite being owned by Facebook, Instagram was never a part of the Cambridge Analytica scandal. It’s data apparently is not being shared with Facebook, and this helps it command respect from users.

Instagram's founders decided to leave Facebook after being frustrated by an increase in Mark Zuckerberg's day-to-day involvement, sources say https://t.co/6r9KJdG8Qn

However, with the departure of Mike and Kevin, Instagram may become a little different.

Since the start of the year, Zuckerberg has already imposed his will gradually onto the app. Fearing the threat from SnapChat, Instagram has been copying a lot of features from that app. One of the most prominent copied features is “Instagram Story” which now has over 400 million users.

Although this has not had negative results yet, it has slowly been eroding Instagram’s independence. Last year Zuckerberg reportedly tried to get Instagram to allow more sharing back to Facebook in order to increase Facebook engagements.

Going forward, we should expect more and more such integrations with Facebook. While the potential reactions from users to these changes remain unknown, people seem to love the new features of Instagram so far. However, the real worry is not to allow Instagram to get drawn into the corporate and ethical drama that its parent company is currently facing.