Here is a Roundup of All that Happened at the #AppleEvent!

The Apple event is one of the biggest showpieces in the tech world. Held yearly in September, Apple uses the event to showcase its latest consumer products and innovations, from the iPhone, iPod, Macintosh to even Beats headphones.

This year’s event was no different. America’s first trillion dollar company unveiled some pretty impressive devices this year. And I’ve got a rundown of the event and what the latest technologies are.

Apple Announces its Biggest (and Most Expensive) iPhone Ever! 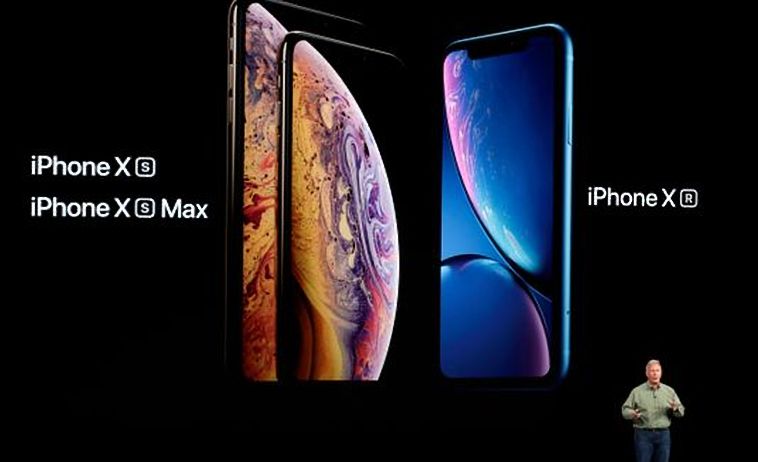 The new iPhone XS (pronounced “ten s”) and XS Max directly follow the same design principles as the game-changing iPhone X. The iPhone XS is a 5.8-inch device with OLED HDR Screens (Super Retina Displays). While the XS max comes with a 6.5-inch display, making it the biggest iPhone ever created!

Both devices come with 12 megapixels wide dual cameras and telephoto lenses, and a 7-megapixel camera at the front.

There are three unique features about the XS and XS Max.

First, both devices are spot water resistance features, allowing them to survive up to 30 minutes under water.

Apple is not alone to do eSIM on iPhone: Google already offered it on Pixel 2. Means operators cannot complain about Apple eSIM having accepted Google’s smartphone eSIM #appleevent2018 #iphonexs #iphone

Second, both devices allow dual sim usage. This the first time an Apple device would allow for dual sim. And many users and reviewers have criticised it for “living in 2012”.

A12 Bionic, and the new Neural engine in particular, will enable developer to do all sorts of interesting new software.

Will be interesting to see a whole host of new software experiences with rich machine learning built in.

And third, the new devices run on Apple’s all-new A12 Bionic chips, the first 7-nanometer chip in a smartphone. The new chips are more powerful and can process 5 trillion operations per second. This makes the device faster and allows for more complex apps to be built by developers.

The iPhone has become Apple’s most successful product since Steve Jobs first announced it in 2007. And when the iPhone X was released last year its sales helped to make Apple a trillion dollar company. However, Apple’s iPhones are too expensive and mean the company controls less share of the smartphone market. It is presently third behind Huawei and Samsung.

However, the company has announced a new device for the middle range market: the iPhone XR.

The iPhone XR is a 6.1-inch device with an LCD display. Unlike the XS and Max, the XR comes with a single 12 megapixels camera. The new device is available in 64 GB, 128 GG, and 256 GB versions.

Now, the XR is supposed to be a cheaper version of Apple’s latest offerings. It currently has a price tag of $749. But is this cheap, relative to the $999 and $1099 for XS and XS Max respectively?

Although the iPhone always captures much attention, this time, the Apple Watch will be the talk of the town. The Watch was the first product to be displayed too at the event and it captured Apple’s deep foray into health.

The all-new Apple Watch device comes with a tone of new features that makes it an important life tool.

Importantly, the device comes with new sensors that have some pretty impressive medical features. For instance, the Apple Watch comes with electrocardiogram heart waveforms. With this, users can check their heart rate for irregular patterns. This feature is possible, thanks to sensors in the back and crown of the watch that interface with the wearer’s skin.

And by itself, it also warns users when it detects irregular heart rates.

Fall Detection on Apple Watch Series 4 is a HUGE deal. The accessibility ramifications of this are about a mile long. Think: Gross motor delays (like me!) and elderly/epileptic who are prone to falls. #AppleEvent

The new Apple Watch also comes with fall detection technology that allows. Thanks to gyroscope and accelerometer sensors, the new device can detect if a user has suffered from a fall.

That’s the kind of technology that can really help prevent tragedy.

The new device also comes with a wider display, allowing for more information to be displayed.