Both teams, NaijaSecForce and Ek0pwn3rs, beat 24 teams other African teams from Egypt, Morocco, Kenya, Sudan and Ghana, that competed at the during the qualifying round to clinch the 1st and 2nd positions respectively. 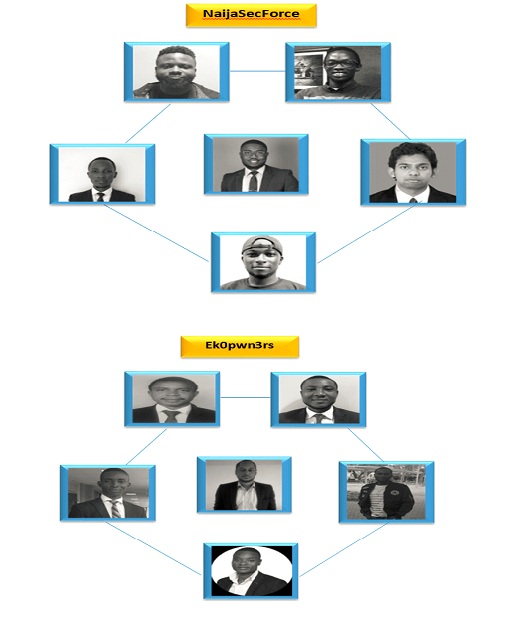 NaijaSecForce team is the brain behind the annual cybersecurity conference, NaijaSecCon; the Capture-The-Flag (CTF) ethical hacking competition for tertiary institution students and organizers of the monthly #NSCLagos meet-up.

The Head of eSentry’s cybersecurity research team, Funmipe Olofinlade was among the team of Nigerian Cybersecurity professionals {NaijaSecForce} that took the 8th position in this year’s edition of EC Council's Global Cyberlympics competition.https://t.co/zCYqoWt0xc pic.twitter.com/jBAHOzfJIc

Both teams made it to the top 12 position in the world during the online qualifying round of the competition; a 12-hour competition that had over 134 teams across the world, with the Naijacybersec team becoming the only African team in the top 10 category while Ek0pwn3rs came 12th.

Among all the continent, Australia has the highest qualiying teams –6 teams, while Europe also had 2wins including first place.

Both teams would now be representing the African Continent at the finals, holding on September 13th, 2018 in Atlanta GA, USA. They will be competing with the winners from other continents for the top 3 spots as well as cash prizes and others.

Global Cyberlympics is a hands-on cybersecurity team competition that brings together the best ethical hackers from around the world to compete in a series of challenges such as Forensics, Penetration testing, Cryptography, Malware analysis –-Capture the Flag Challenges.

This year’s competition was full of intrigues as the participants were given hardened systems to break into and other complex tasks to complete within a twelve (12) hour period. All competing teams were judged based on the speed at which the systems were hacked, the number of vulnerabilities found, challenges solved or flags found, and the techniques used to uncover and exploit them.