TechNext Series: 2 Salient Lessons Whatsapp Must Learn from the Decline of 2Go

This is the third part of the TechNext Series on 2Go, the once famous African grown social network.

Now, as discussed previously, 2Go owed its rise to a few important reasons. Yet, like all things, its reign had to end eventually. But thanks to a combination of factors, its decline happened too fast and today, nobody uses the platform anymore.

Plenty of things can be drawn from the rise and fall of 2Go, especially for companies such as Whatsapp. Currently, Whatsapp’s user base is more diverse, age-wise and by the devices it supports. And it does not have to worry about technological disruptions; it is on top of the matter, thanks to Facebook.

Nevertheless, the messaging service can learn two lessons from the decline of 2Go.

Don’t Trust your own Statistics Alone

With over a 1.5 billion people using its app, and with the vast resources of Facebook at its feet, Whatsapp seems unstoppable. And although it has competitors, such as Telegram and Signal, none of them is halfway close to matching the Facebook-owned company.

Yet, statistics don’t tell the whole story. Users are known to port from one service to another, not just for quantifiable reasons, but due to emotions and trends.

These were two key issues 2Go missed. It failed to understand how millennials were influenced by the latest tech trends and how big an impact Android would have. Although Whatsapp could easily fall for these,  it may not be in the same way.

Already, there have been several privacy issues that users are concerned about. These include its encryption and the fact that its owned by data-leaking Facebook.

Statistically, Whatsapp has no problem. However, behind the curtain, its two co-founders do not seem to trust it anymore, and one of them now funds Signal, a rival company. This sends a red flag that Whatsapp’s luck could change soon.

In the beginning, 2Go grew quickly thanks, in part, to the multiple features it supported all at once. But it is also one reason why it declined. With too many features, navigation was a problem.

Obviously, Whatsapp wouldn’t have a navigation problem anytime soon. But it needs to be careful about the features it adds.

People love Whatsapp for its simplicity. It doesn’t even have a side menu like most apps. Everything has always been so cool and concise. And for a messaging service that has replaced SMS, it’s not a bad fit at all.

But lately, Whatsapp has been adding new features copied from SnapChat, like Whatsapp Status. So far, not one of the features has been terrible. Yet, in the long run, too many new features could grossly transform the app to another Facebook. If not checked, people could lose track of the original app and easily port back to a simpler alternative.

These are some salient lessons Whatsapp has to learn from the decline of 2Go. 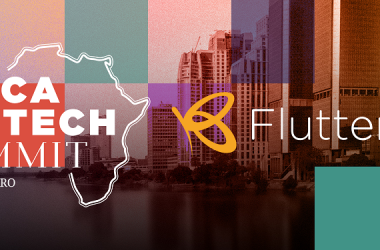 Nigerian fintech company, Flutterwave, has been named a title sponsor of this year’s Africa Fintech Summit holding in…

AI in Action, MSME Business Connect and Other Tech Events this week

Hi there! Are you a startup or tech enthusiast looking for gatherings where you can meet and network… 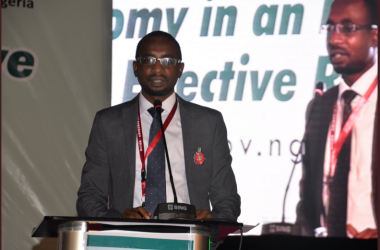 Kashifu Abdullahi has been appointed the new Director General of the National Information Technology Development Agency (NITDA). His…