At the second edition of the Google for Nigeria event in Lagos yesterday, Google Nigeria announced some new updates and products geared towards improving users’ experience. Beyond securing more satisfied users, with these updates, Google is going to help catalyze a technology development that will be beyond using Google products.

In this article, I will review some of these updates and what they mean.

#GoogleForNigeria: from Google Station, to Search, to Android Go and more, here's what we announced today to help more people across Nigeria and Africa → https://t.co/9YvIQ3w6mW pic.twitter.com/KAnRsJiwpz

Some of the key announcements yesterday include the launch of a network of free Wi-Fi hotspots called Google Stations in cities across the country. Another one of interest is the newly flagged optimized version for Android called Android Go (Android Oreo).

What Nigerians Stand to Gain from these Google Stations 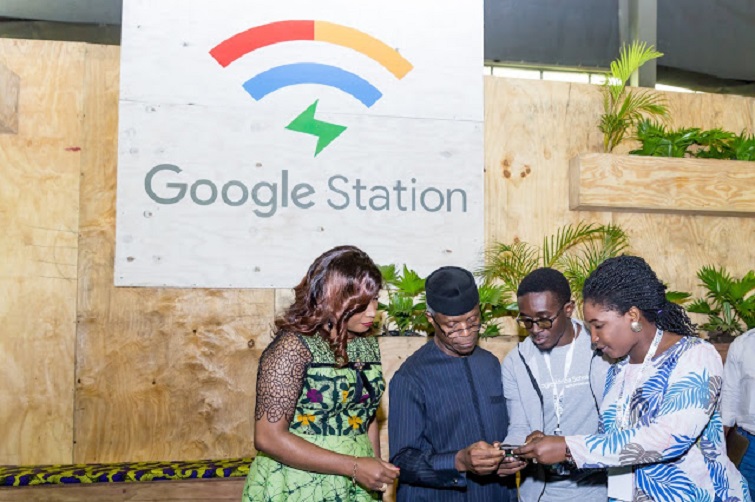 The digital ecosystem in Nigeria is growing rapidly and heralding new innovations every day. And one of its main propellers should be an efficient and affordable Internet. But stats show that only 25.7% of Nigerians have access to the Internet, which is indeed very low.

Current world stats show that only 35 per cent of Africans have access to the web, compared to 48 per cent in Asia, 67 in Latin America, 85 in Europe, and 95 in North America.

Google has launched free fast speed internet stations across Lagos & will expand to other parts of Nigeria. Infancy I am currently browsing with free Internet from one of these #GoogleStation. Google is the real MVP! #GoogleForNigeria pic.twitter.com/RRMOU1wScC

Although access is growing, it is still limited by several factors including poor infrastructure and expensive Internet access for Nigerians. Regardless of progress made so far, if Nigeria is to catch up with the rest of the world in a rapidly evolving digital space, more needs to be done in deepening Internet penetration in the country. That is where innovations like Google stations come in.

The benefits of Google Stations free Wi-Fi services in an environment such as ours where fast and reliable broadband access remains a luxury to most Nigerians are vast. Not only will it drive internet penetration it would also improve the social inclusion and individual productivity of the country.

The roll-out of about 200 Google Stations across five cities in the country is expected by 2019. These cities include Lagos, Kaduna, Port Harcourt, Ibadan, and Abuja and this service would cover over 10 million Nigerians. Five of the stations, including Unilag Campus, Computer Village, Ikeja, Muritala Mohammed Airport Wing 2, Ikeja City Mall, and the Palms, Lekki are already live.

Android Go, Bringing Smartphones into the Reach of Many

Android Go is optimised for low-ram and low bandwidth devices. It brings the best experience of Google and Android. #GoogleForNigeria pic.twitter.com/kqZvX1L0Je

The demand for smartphones in emerging markets like Africa (Nigeria) is on the rise and because of low purchasing power, Android Go comes to the rescue.

Android Go is a  stripped-down version of Android meant to run on inexpensive, low-end devices: devices without much processing power, with limited amounts of RAM, and with a small amount of storage. So far, it is mainly in places such as Africa where there is limited Internet connectivity and expensive data plans that need to be carefully conserved.

Launched in 30 counties in Africa Android Go devices give people coming online for the first time a powerful and reliable smartphone experience just for under $50! #GoogleforNigeria pic.twitter.com/YnzWtt7Wjz

Currently, across Africa, Transsion (Tecno and Infinix), Nokia, Huawei, and Mobicel have launched various Android Go enabled devices, starting at just over 17,000 Naira which is way cheaper than the normal smartphone price.

As a matter of fact, Google expects its next billion users to come from such places where the purchasing power is lower than other areas. Which is why Google is providing such affordable smartphones that work faster, provide more storage, and help reduce data consumption.

This is a smart way of luring Africa from its usage of feature phones into the world of smartphones and, in turn, help the Africans make the most of the Internet.