The second edition of the Google for Nigeria event was designed to bring together creators, innovators, business owners, and in fact, anyone with a digital business in Nigeria to discuss the newest improvements by Google to users’ experience, going forward.

Just like the first edition, the event, which was held at the Landmark event centre, Victoria Island, Lagos featured a lot of exciting vibes and saw Google platform users, partners, and other stakeholders in Nigerian industry gather together for an exciting session.

Today's #GoogleForNigeria event was so inspiring… PLUS We got to meet @keepmarvinweird.. Google's VP, Marketing. Loved his speech. Techlife really is the way forward.

Love the Vibramium Valley Tshirt he's wearing too. If you know, you know. pic.twitter.com/VHWSt67LqG

Related Post: Google is Set to Hold the Second Edition of its Google for Nigeria Event in Lagos

5 Places you can access free Wifi via Google Station in Lagos:

According to Mrs. Ehimuan-Chiazor, the initiative would ease the strain of affordability and access to data as well as help inch towards the broadband penetration goal of the country. Such a good initiative!

“Google Station” going live in computer village is the best news I heard this morning sha! 👏🏿

Free high quality internet has such a transformative impact on people’s lives. #GoogleForNigeria

She also said that the free Wi-Fi was rolled out in partnership with an Internet Service Provider with an extensive fibre network, 21st Century Limited. She also noted that Google is open to partnerships with other ISPs and telcos.

#GoogleForNigeria #G4NG Free public WiFi announced now live in Computer village and 5 other locations in Lagos! and to expand to 200 locations nation wide by end of next year

The plan, according to her, is to roll-out 200 Google Stations across five cities in the country by 2019. These include Lagos, Kaduna, Port Harcourt, Ibadan, and Abuja. This, they say, will cater for more than 10 million Nigerians.

Our country director for Nigeria is welcoming everyone! It’s starting! Africa’s digital story is evolving and we are excited to be part of it. #GoogleforNigeria pic.twitter.com/cDyI3cSFZz

Sites that will host the stations will include markets, transport hubs, shopping malls, universities and more. Nigeria is the fifth country beneficiary of the Google Station initiative, after India, Indonesia, Thailand, and Mexico.

Just a note of fact: According to Google, only 35 per cent of Africans have access to the web, compared to 48 per cent in Asia, 67 in Latin America, 85 in Europe and 95 in North America.

You can now Listen to Web Pages Read out Loud

Another exciting revelation at the event was the announcement that Google is rolling out a feature that reads web pages out loud and highlights each word so you can follow along. The name of the new feature is ” Google Go”.

Now on Google Go, you can have content of a website read out to you very accurately. Now you can listen to your favourite articles 🤯#GoogleForNigeria pic.twitter.com/GlxEuO8X0i

According to the Google team, the aim is to make it easier for people to use the web, even on low-RAM smartphones or unstable network connections. This new feature will be available for a lot of internet pages and in 28 languages in the coming weeks.

Our new feature within Google Go allows you to listen to any web page. You can now read the web as easily as listening to the radio. #GoogleforNigeria pic.twitter.com/XIkBwZFuSR

We look forward to this new feature!

The VP was there!

Nigeria’s Vice-President, Professor Yemi Osinbajo was at the event this afternoon. He delivered an address in which he spoke on “how government leverages on digital to create change”. Professor Osinbajo noted that “all the gaps created by exclusion and inequality can be breached with technology.”

He also promised that “the government will be partnering with Google and other technology providers to achieve the level of connectivity that will match the creativity of our people.”

At the end of his address, he took out time to interact with young Nigerians in the tech space.

VP @ProfOsinbajo is currently at the Google event.

He’s currently sharing the government’s plans (past, present & future) as it relates to tech pic.twitter.com/8LMrjo6klt

Google also announced at the event plans to extend the Google Street View to 8 new cities in Nigeria in addition to Lagos. These new cities include Kano, Ibadan, Port Harcourt, Kaduna, Benin City, Abuja, and Onitsha.

Updates include a navigation feature that allows users with low memory phones or unstable network connections to use turn-by-turn directions when travelling by car, by bus or on foot.

The most exciting news here is that you can now virtually tour the National Museum in Lagos, Olumo Rock in Abeokuta, the Millenium Park in Abuja, Lekki Conservation Centre and many others—all from your phone with the new Google Place feature.

What have Nigerians been Looking for?

Ken Tokusei, Google’s Director on International Search revealed the list of top searched words by Nigerians in the past one year. The list interesting but not surprising. As seen in the tweet below, some top words include Wizkid’s Soco, NPower, World Cup Fixtures, How to Dance Shaku Shaku, BBNaija, Black Panther etc.

It also quite revealing that a very significant portion of our searches was health-related.

Health queries are common on the web, so we are making it easier with a new search experience that allows you to explore health conditions related to symptoms! #GoogleforNigeria pic.twitter.com/uMjAIeAHuq

Now, Google has revealed that it is launching a new Search experience that allows users to explore health conditions based on symptoms. The new feature will also allow for a new recipes search experience. This will make checking out options for popular meals easy too.

Our new search experience makes it easier for you to search your favourite recipes right within Google search. #GoogleforNigeria pic.twitter.com/jYC2eTjGEb

Simi was there too!

One of the exciting attractions at the event is the performance by the popular artiste, Simi.

She made the event less-techy!

Just one BUT: The Crowd control was poor…

The Google for Nigeria event was open for all. Hence, there was a significant turnout. And, this has its attendant challenges:

#GoogleforNigeria 2018 is the most poorly planned event I’ve been to in years. The event planner need to do a full refund, and Google needs to apologise for this absolute fiasco.

After registering online days ago, Nigerians have been on queues 4 hours for a 12pm event. pic.twitter.com/2vKWaPVGyq

This might have gotten a number of people upset too and we hope the next event will be better organized.

Wondering why #GoogleForNigeria put out the application when they won’t treat people right. This is a short video of people waiting in line for more than an hour. pic.twitter.com/HXYQ37C9pD

Once again, Google shared a lot of exciting updates that will make life better and easier for a lot of people in Nigeria, indeed across Africa. This is a significant testimony to how much a difference technology can make if we take time to invest right.

When the free WiFi hotspot internet access was announced today at the second #GoogleForNigeria event now we can properly #Google how to dance #ShakuShaku pic.twitter.com/ywLhavMGtK 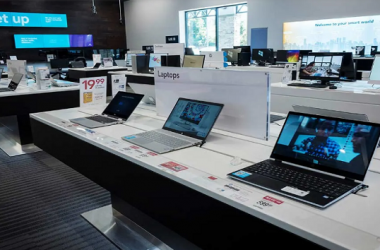 Global IT Spending to Decline by 2.7% in 2020 Despite Increasing Demand for Tech Solutions- IDC Report

Global spending on Information Technology (IT) is expected to decline by about 2.7% in terms of constant currency… 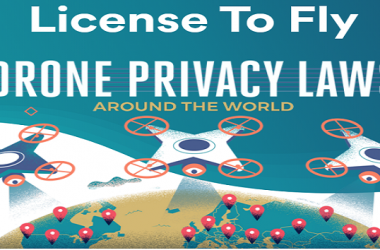 Over the past year, the mainstream use of drones has been on the increase in Africa. From startups… 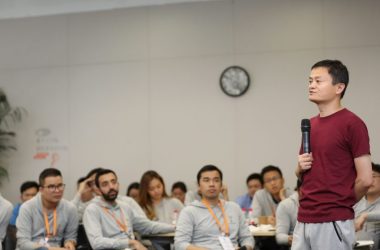 Founders of Flutterwave, Paylater.ng and Others Complete Alibaba’s eFounders Fellowship in China

The third round of the two weeks eFounders Fellowship has just been concluded in China. The round’s cohort…