The Nigerian Senate is making new attempts to regulate the Nigerian Internet space. The lawmakers are keen on passing laws that would monitor what Nigerians do and say on social media.

Speaking with newsmen at the 2018 Cybersecurity Conference in Abuja, the Chairman of the Senate’s Committee on ICT and Cybercrime, Abdulfatai Buhari, disclosed that such laws would stop Nigerians from “misusing” the internet.

He shared that the law was already in the works and set for second reading soon. “We have got experts to advise us and we have presented a bill to the Senate. The bill has passed the first reading and it has been listed for the second reading”, Buhari said.

Talks of regulating the Internet is, however, not new in Nigeria. It dates back to the early years of Former President Goodluck Jonathan. Back then, social media was still quite new, and its evolution as an important social influencer only became known during the Arab Spring between 2010 and 2011.

The Nigerian Government has attempted to pass several laws since then to regulate the Internet. In 2015, the Senate introduced the “Bill for an Act to Prohibit Frivolous Petitions and Other Matters Connected Therewith” also known as the “Social Media Law”. The articles of the law spelt out jail terms and huge fines for individuals who shared “abusive contents” about politicians and other public figures. The law even went beyond social media and granted security authorities the power to spy on text messages and other media.

However, the law was withdrawn in 2016 after a lot of public outcries.

Two years ago, the Government also attempted to pass the Motion Picture Council of Nigeria (MOPICON) law to regulate the Nollywood film industry but the law also had the rights to regulate the video contents shared on social media platforms. Not much was heard about the law after media industry players opposed the law.

A New Law to Regulate the Social Media with Unknown Intricacies

Now, with all the chaos caused by an unregulated Internet over the last 3 years, the Senate appears to actually have reasons to regulate the Nigerian Internet space.

Sickens me each time I read of a man being lynched over a rumour. These unchecked, malicious @WhatsApp forwards are driving people over the edge and making them totally irrational. Need to find a way of fighting fake news being spread through @WhatsApp

Fake news now spread like wildfire, exploiting the very infrastructure of the Internet to cause fear and spread misinformation. For instance, it greatly altered the cause of important events like the US Presidential Elections and the British EU referendum.

While passing a bill to fight misinformation is not the problem, there is the fear that the Nigerian government could misuse the law. Also, the new law is not widely known as no information exists about what the law contains; what kind of activities does the law seek to control? What penalties are for defaulters? These important questions have no answers yet.

Sadly, unofficially, Nigeria has already been secretly snooping on the personal activities of citizens for a while now. A few months ago, the NCC disclosed that the Office of the National Security Adviser (ONSA) has been prying into the text messages of Nigerians.

Hopefully, over the coming weeks, details on the proposed law will be released or most likely, leaked. Either way, Nigerians need to know what the law says. 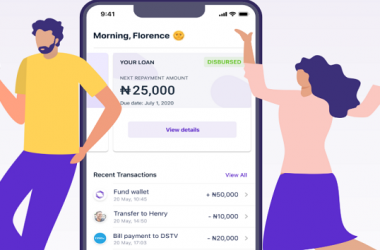 Nigerian digital financial platform, Carbon has revealed that it disbursed loans worth over N23.1 billion in its recently released… 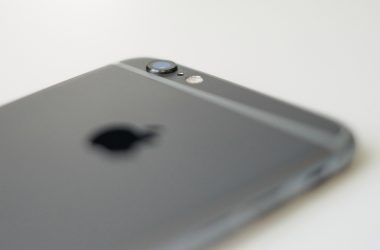 By Oluwapelumi Adejumo Users of iPhone SE, iPhone 6s, and 6s Plus might want to start contemplating changing…

47 women-led startups from Nigeria selected for the $10,000 WE4A program

47 women-led startups from Nigeria were among 100 selected for the Women Entrepreneurship for Africa (WE4A) program. This…