The Nigerian news landscape is an ever-changing one, and so taking stock of happenings from time to time is worth the effort. Today, we bring you our favourite highlights of the week!

Are you ready for the World Cup?  You can now predict scores using Soccermonics!

Soccer is unarguably the most popular sport in the world and the World Cup is the biggest stage for the game. As a prelude to the next Mundial in Russia, renown African news platform, Reuters has provided a Soccernomics calculator that can help you predict who will win the World Cup, of course, using hard facts.

The BreakingViews Soccernomics calculator ranks the 32 contenders according to five metrics and uses these hard facts to predict which country will come out on top. The result from the five metrics is then analyzed. #soccermonics #soccer #fotball
👉https://t.co/CAFtGRM4IY pic.twitter.com/IvjZaMajTd

The BreakingViews Soccernomics calculator ranks the 32 contenders according to five metrics and uses these hard facts to predict which country will come out on top. The result from the five metrics is then analyzed to give the prediction.

Are you ready for 2018 world cup? Goodnews!!! You can Now Predict the 2018 World Cup Winner With Soccernomics read for details……..

In 2014, the software predicted correctly that the German national team will win the trophy and it has again predicted Germany to retain the trophy using different hard facts.

@KuperSimon @sszy thank you guys for this kind of book, it is amazing the data-driven approach of the game, now I can see the game with a different perspective, a more intelligent one. 🤓 #soccernomics #soccer #futbol pic.twitter.com/nKZo78nq3W

Now, you can see the game with a different perspective, a more intelligent one.

It’s really interesting to see how women are participating very well in the Technology industry as the Swedish multinational telecoms company, Ericsson appoinT Nora Wahby as head of its West Africa operations.

With a vast experience working in Ericsson and Africa, Wahby will run Ericsson’s operations within the region. She will also play a symbolic role for Ericsson in the region by attending functions and other events.

📈Wow! #Ericcson forecasts that the global #IoT market will see the number of IoT devices surpassing the number of mobile phones by the end of 2018. https://t.co/seZ45ADqrt pic.twitter.com/z6yVfA5TOq

Escape Lagos Traffic with Gokada, the Uber for Okada Riders

Most people dislike Lagos simply because of the traffic situation. They find it very difficult going about their daily activities without encountering traffic. However, with the new Gokada, you’d still be able to move about even in traffic. 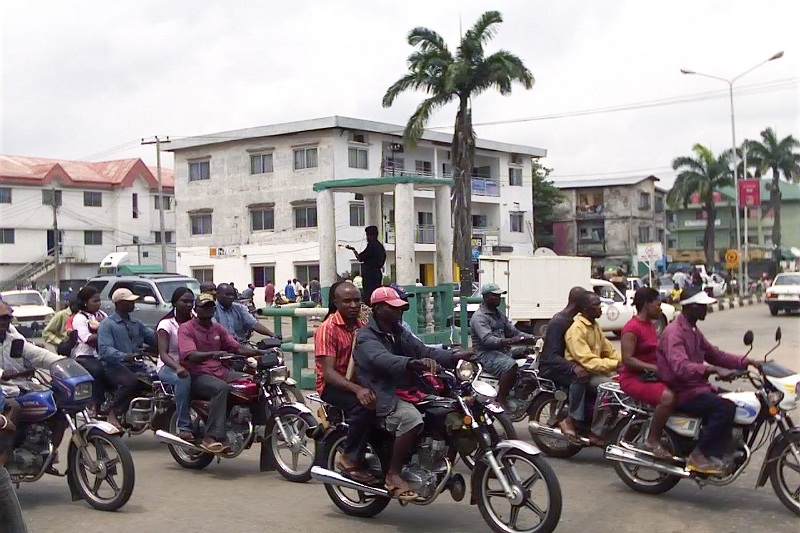 Gokada, a Nigerian startup, is also using tech to transform the transport business in Lagos. While Uber disrupted taxis, Gokada has eyes on a more unsuspecting business: bike hailing. Founded in 2017, the service wants to change the way we take bikes (Okada) in Lagos.

Requesting a Gokada ride is easy – open the app, enter a pick up location, tap request ride, a verified Gokada driver will call to confirm your request, your driver arrives in minutes & starts your trip, gets you to your destination safely, you pay cash & rate your driver. pic.twitter.com/zx3YRJ2Cuz

So, with the introduction of Gokada, say no to Lagos Traffic and enjoy easy movement. How amazing!

MasterCard Cash Pickup is designed to allow ATMs deliver cash to authenticated consumers without the use of an ATM card. With this service, customers, both banked and unbanked, use their mobile phones at a special ATM to convert Cash PickUp order.

On the other hand, Cardless ATM powered by MasterCard is another truly revolutionary service. It allows bank customers to make cash withdrawals from a close by ATM using their bank’s mobile app. MasterCard calls the solution secure “since the majority of the transaction is handled through the banking app and the cloud, sensitive information is never exposed.”

We’re teaming up with @Mastercard to bring the physical and digital worlds of #cash + #mobile closer than ever. See how this strategic partnership will enhance the #CX through convenience & #security: https://t.co/VajzTXr31C pic.twitter.com/vd8Uhz37Uq

Although both services are still in their pilot phases, the realization that a truly cardless future is here is exciting.

Many Nigerians, including Senators, reacted over the week as President Buhari honours Abiola with GCFR, Fawehinmi, GCON, and Kingibe GCON.
In a landmark decision, President Muhammadu Buhari also proclaimed June 12 as the country’s Democracy Day to be celebrated as a public holiday from next year in commemoration of the momentous June 12, 1993 Presidential elections won by Chief Moshood Abiola.

President Buhari made the announcement himself.

Dear Nigerians, I am delighted to announce that, after due consultations, the Federal Govt has decided that henceforth, June 12 will be celebrated as Democracy Day.
We have also decided to award posthumously the highest Honour in the land, GCFR, to the late Chief MKO Abiola. pic.twitter.com/VyYftmvWKA

However, many Nigerians think the appointment has something to do with the upcoming elections.

#June12 now #DemocracyDay. “In honour of #Abiola.” #Election is nine months away. Do the maths. pic.twitter.com/d18cKMQAOw