Social Media Roundup: The Nigerian Policeman Who Has Never Collected a Bribe

On this week’s Social Media Roundup, we would be sharing with you some of the most interesting and trending things that got the social media agog.

One exciting event that got Nigerians talking is President Buhari’s meeting with Donald Trump of America. The meeting held at the Oval office of the White House.

Interestingly, not too long ago, Trump was accused of calling Nigeria a shithole country when he said, “Why are we having all these people from shithole countries come here?”

However, at his meeting with Buhari, the US President flattered Nigeria, describing it as one of the most beautiful countries, with the two leaders confirming they did not discuss the “shithole” controversy.

The wife of the President, Aisha Buhari, impressed by her husband’s composure and accuracy in answering questions from the US media, used the latest street lingua in the country to appreciate the his efforts. 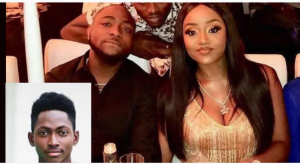 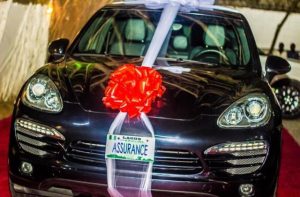 The social media has been agog since the ace Nigerian musician, Davido, presented his girlfriend, Avril Chioma Rowland, a Porsche worth N45m as birthday gift on Monday.

Someone took to Twitter to compare Chioma’s expensive gift with the N45m total prize won by the just-concluded BBNaija housemate, Miracle Igbokwe, simply known as Miracle.

Nels is not alone, as other people have responded to the rare show of love, with knocks and kudos as applicable. See the reactions:

Davido did not only set the social media ablaze by buying his girlfriend of 5 years an expensivie car, he also dropped a single in her name tagged #assurance

How ladies gon be arriving to the kitchen after assurance… Bio’s gon change to – “I cook and I slay” #Assurance #MissAfrica 🙄😜👌🏽🍾💯😂🎊🤦‍♀️ pic.twitter.com/OKMGU9E5t0

BBC Honours Nigerian Policeman Who Has Never Collected a Bribe 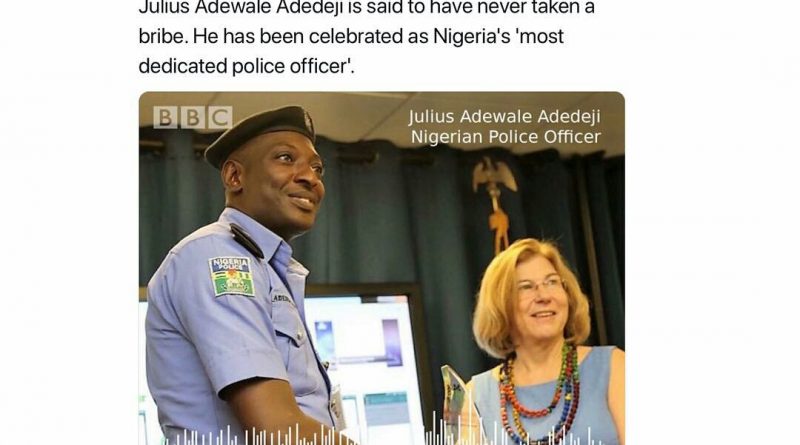 For the first time in Nigeria’s history, we get to hear of a Nigerian policeman who has never collected a bribe of any kind.

For this rare feat, the BBC is celebrating him as Nigeria’s ‘most dedicated police officer’. He tells the broadcast service in an interview that he was surprised receiving the award because he did not know he was being watched.

Julius Adewale Adedeji is said to have never taken a bribe. He has been celebrated as Nigeria's 'most dedicated police officer'. pic.twitter.com/E9ZPXevhXt

But of course, there were ‘doubting Thomases’…

Julius Adewale Adedeji is said to have never taken a bribe. He has been celebrated as Nigeria’s ‘most dedicated police officer’. pic.twitter.com/E9ZPXevhXt

It is very strange and impossible to believe a policeman in Nigeria is above "anything for the boys" syndrome associated with those guys! 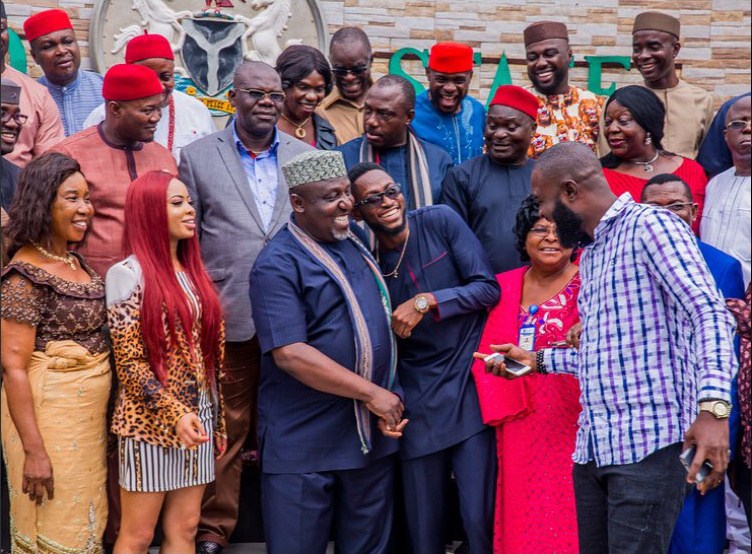 Imo State Governor, Rochas Okorocha, has rewarded winner of Big Brother Naija 2018, Miracle Igbokwe and one of the female finalists, Nina with N2m each. The ex housemates who are Indigenes of Imo state received the gift when they visited the Governor at the Government House in Owerri.

The Governor also promised to gift the overall winner, Miracle a plot of land in any location of his choice to enable him build his own house.

To be sincere our government has misplaced priorities, I went there ending of last year, everywhere terrible, people complaining everyday and we are giving these to well to do people. It’s painful https://t.co/hcqVTkXkbh

Rochas is owing workers in Imo, but wastes resources organizing a lavish reception for Miracle, the winner of BBNaija. Such misplaced priorities. See why Nigeria is in such a mess?

It's pictures like this, that give credence to the hashtag #LazyNigerianYouth Imo Youths on a working day, lined up with placards and banners, waiting for #BBNaija winner #Miracle pic.twitter.com/Hleb6nNlkP