Just in the nick of time, Teleology has pulled off a bit of shocker in the 9Mobile sale. The Telco has finally deposited the non-refundable $50 million for the 9Mobile sales bid. This payment was completed just before the deadline.

Teleology had emerged the preferred bidder in the 9Mobile sale on February 21 and given 21 working days to complete the first payment of $50 million. A failure to make this payment, would have given reserve bidder, Smile Communications an opportunity to clinch the sale.

Payment has been confirmed

Adrian Woods, who has been leading Teleology’s 9Mobile bid, confirmed the payment via a phone call to This Day. “Once the transfer was confirmed, we got a receipt from the trustees confirming payment”, he said.

We have started paying in consideration for taking over the loan portfolio. About half of the loan would have been paid by the time we takeover 9mobile, and we will continue with payments into the future.

With this payment, Teleology is now an inch closer to completing its takeover of 9Mobile. It has already reportedly signed a Memoranda of Understanding (MoU) with banking regulator, the CBN, on Tuesday. With such a huge sum tied down as bad loan, the CBN’s blessings is extremely crucial in the 9Mobile sale.

Now, Teleology has just 90 working days to complete its bid amount of $500 million. This figure is far higher than that of Smile, who made a bid of $300 million.

Teleology this long to make a $50m deposits, they wonder whether it will be able to not just raise the balance $450m but raised the long-term patient capital required to actually turn 9 Mobile around.

The NCC’s threat to bar 9Mobile’s sale from unqualified companies has forced Teleology to open up. Adrian Woods revealed that Teleology is bringing highly capable individuals to manage the telecom company. With himself as CEO, he shared that his incoming executive team has a combined “374 years” experience in the telecom sector.

We have 12 executives coming in and they comprise five of my former colleagues at MTN such as the ex-CTO and ex-CFO. Others include executives from Orange, Vodafone, Celtel and others. 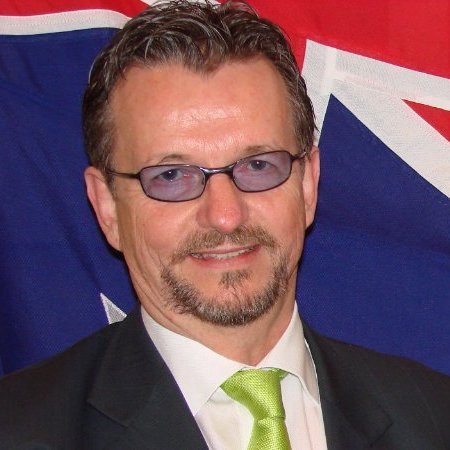 Teleology is being promoted by Andrian Wood to takeover 9Mobile

Of course, Teleology lacks the existing telecom infrastructure that Smile has, Mr. Woods did share something quite compelling, He revealed that Teleology has ties with East African telco, Safaricom. Safaricom is the biggest telecommunication company in East Africa and is the operator of M-Pesa, the popular mobile money system. Woods is hoping to leverage that link to tap into M-Pesa. Is he hoping to bring M-Pesa into Nigeria and rival Airtel’s own service? Perhaps, but he didn’t say.

Interestingly too, Adrian Woods also gave a little insight into who Teleology’s shareholders are. Speculations had been rife that the special purpose vehicle had politicians and traditional rulers as shareholders. Woods didn’t dispute this per se. But he shared that the company’s shareholders are quite diverse. And that it comprises 12 internationals and 8 Nigerians.

Now that Teleology’s stand is somewhat assured, it still has to convince telecom regulator, NCC. It is hoped that regulatory approval would come over the next couple of weeks.

Abubakar Idris has interests in all things web, business and tech innovations. I write to inform.