Truecaller, an integrated caller ID service that daily helps to identify unknown calls, block spam calls and spam SMS has announced the appointment of ex-Efritin boss, Zakaria Hersi as its Director of Business Development and Partnerships for Africa.

Operating from its African headquarters, Nairobi Kenya, Zakaria will be spearheading Truecaller’s expansion in the Sub- Saharan region, where he would forge partnership with various eco-system players. 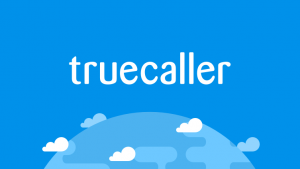 Zakaria has a background of launching marketplaces around the world. He started with Orten.io, a platform that helps train talented women and minorities from low-income areas. Zakaria was the Managing Director of Efritin.com, a company owned by Saltside Technologies.

He once worked for a Swedish-based company Besedo, where he helped in opening offices in Colombia and Mauritius. During his time at Besedo, Zakaria worked closely with some other prominent online marketplaces in the world such as OLX, Ebay, and Match.com. The post-merger integration of Besedo and French AI company IoSquare was also made possible by him.

Zakaria Hersi, an award-winning tech entrepreneur, has been recognized in both Sweden and Africa (Nigeria’s 100 most innovative persons in Technology in 2016, The Future Africa Awards 2014) as a talented innovator. He holds a Masters degree in Business Administration and Marketing from Stockholm University, Sweden.

I’m excited to join Truecaller in such interesting juncture. My aim is to build upon the strong foundation that we have as a brand here and double up the pace of our growth and ambitions in the market. In the coming months we plan to roll out more partnerships and new services localized for the market.

Headquartered in Stockholm, Sweden, Truecaller was founded in 2009 by Alan Mamedi and Nami Zarringhalam. This integrated caller ID service has become one of the fastest growing consumer apps in Africa, and has consistently been topping the App Store Charts across the continent for the past two years.