How do you guarantee the survival of a good business idea in a country like Nigeria? This is a serious concern for tech innovators in Nigeria due to the, well, peculiarly harsh business environment. However, one tech business that seems to have risen above the difficult waters of the Nigerian ecosystem is Jason Njoku’s IrokoTV.

Currently, as a crucial measure for customer acquisition, IrokoTV is adopting telemarketing strategies. The web platform is planning on hiring 500 sales persons to engage in telemarketing its services. Jason Njoku, IrokoTV’s CEO, announced this decision in a series of optimistic tweets.

Thats why without shaking we can hire 500 people for telemarketing iroko. GMV vs Margins. Margins win in the end. Our people are poor. You have to have to break it down for them. Luxury has to be affordable in the mass market. FMCGs get this. No choice. Its the only way to blow. pic.twitter.com/qO0uq6RGUG 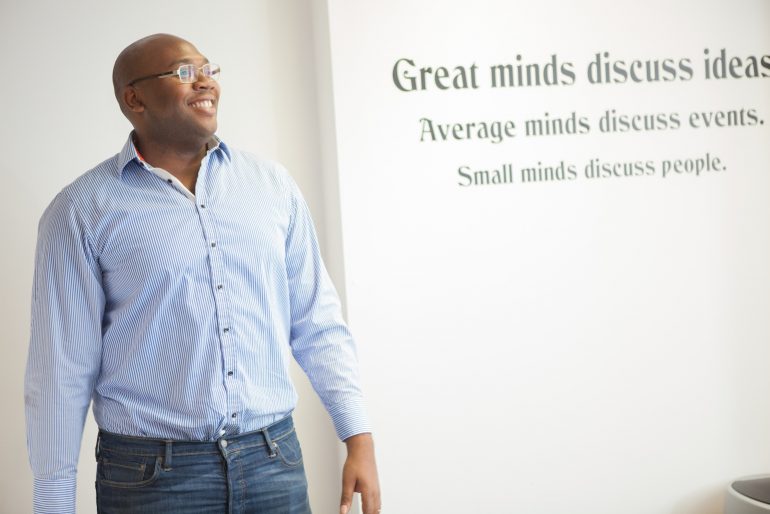 Jason explained that he reached this decision after observing and studying the African market.

Our people are poor. You have to break it down for them. Luxury has to be affordable in the mass market.

An important factor that informed this decision was the Kwese deal with Iflix.

Iflix is an international company providing video-on-demand (VOD) to customers quite a lot of countries. But its Africa operations have been under-performing. Its poor performance was testament to the fact that new measures must be adopted by companies, if they ever hope to run thriving businesses in Africa.

I want send a special thanks to all the other Africa focused svod folks for spending tens of millions of dollars (so I won't have to) proving this thesis. As Iflix+Kwese become one. Thank You. Thank You. No. God Bless you… pic.twitter.com/Hrnsn6dlFg

Even Iflix understood this. Last week, the company sold a significant stake of its Africa operations to Econet media’s Kwese. Kwese’s in-depth understanding of the African continent was an obvious motivation for the deal.

Evidently, Jason Njoku studied the deal to support his business thinking about Africa.

I want to send a special thanks to all the other Africa focused svod folks for spending tens of millions of dollars (so I won’t have to) proving this thesis.

IrokoTV is a web platform for streaming Nigerians movies. In tech parlance, it’s in the video-on-demand (VOD) business. Considering that Nigeria is a country with little respect for intellectual property laws, people may not appreciate the challenges IrokoTV face. Notwithstanding, the company has done fairly well in the last seven years.

The chief reason for this is its understanding of the local market. “Understand your market”, Njoku tweeted last Saturday. He believes that,

…there are peculiarities which you have to embrace, otherwise you can’t win in the local market here.

Understand your market. Why did @irokotv bet the entire co on Android Data Free Downloads? Why did we stop spending $ on subs acquisition & wait for 2 yrs trying to bring a product+technology to market that NO ONE in Africa/world has? It wasn't magic. The data was always there

In the last few years, IrokoTV has used several ideas to tackle the difficulty of playing in the Nigerian business terrain. In 2016, the company introduced a daily subscription plan for its users. And in 2017, it resorted to placing kiosks in strategic locations around Lagos. These kiosks provide Data-Free download services for IrokoTV subscribers in Lagos. That, to a large extent, solved the problem of inaccessible data subscription points.

The introduction of telemarketing seems like an awkward initiative, especially as most Nigerians find the barrage of robocalls they get from telecom networks exhausting. However, we expect that since a company like IrokoTV has decided to adopt this approach, it must have its A-game up!