WhatsApp, which cost Facebook $22 billion to acquire, figured out a way to bring in cash to its parent company.

Last week, WhatsApp, the world’s most popular messaging app, with over 1.2 billion users worldwide, launched its digital payment service. India was the first country to text this.

In India, according to the original plan, the payment platform will be geared toward small businesses employing less than 10 people. 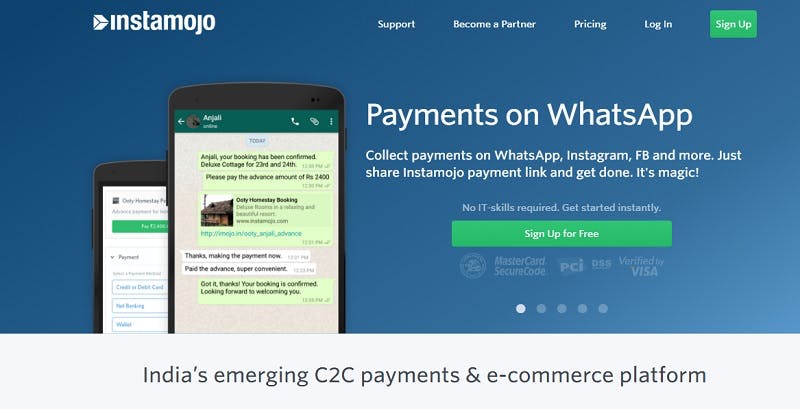 Why is WhatsApp starting with India?

Just made my 1st payment through WhatsApp! It’s easy, simple, seamless & simply awesome! Will be a winner! Takes digital payments to another level ! https://t.co/wtplX82hf1

India is a perfect target for this new platform because the country has the most users of WhatsApp in the world. WhatsApp is the most popular for instant messaging app in India with 56 per cent of users. It is more popular than Facebook in India due to the poor bandwith.

Although China has the largest population of Internet users at a reported 750 million, the country does not have a free-market economy.

There are reports that people are already using WhatsApp in India to sell goods, in an e-commerce portal mode, even though the app does not offer features that specifically support the practice. Reports also say that digital payment is not new in India.

A New Payment features added in #WhatsApp. It is based on the #UPI platform. Read more https://t.co/ab7SWM0Xra pic.twitter.com/2BAJyQLOSl

But WhatsApp is not going to have it easy as it will receive competition from TrueCaller (an app out of Sweden that was developed to remove spam calls coming into your phone) and also M-Pesa (a mobile phone-based money transfer, financing and microfinancing service out of Kenya that was launched in 2007 by Vodafone for Safaricom and Vodacom).

Nigeria could be next!

Obviously, mobile financial transaction solutions have a special meaning for unbanked or under-banked communities in rural areas of developing countries such as Nigeria or India.

Making payments and sending/receiving money straight thru whatsapp? Awesome! I hope the India experiment is successful and hey roll it out everywhere asap
WhatsApp starts digital payment tests in India https://t.co/8Gigx8vuCP via @engadget

It is conceivable that a country like Nigeria, which has some similarities with India, could be targeted for WhatsApp’s payment system next. However, the local banks in the country are highly placed technologically to offer effective resistance to WhatsApp’s new feature.