SpaceX successfully launched its Falcon Heavy rocket into space yesterday. While it recorded that feat, it also garnered over 2 million live views on YouTube. This makes it the second biggest live stream in YouTube’s history.

The live video for the rocket’s launch was watched by more than 2.3 million people before the stream was cut off suddenly.

It was a landmark day for SpaceX CEO, Elon Musk, and his innovative company. After all, launching rockets or into space was majorly conducted by governments, not private firms.

SpaceX’s Falcon Heavy rocket launched from the Kennedy SPACE Center in Florida, USA. Its launch pad, surprisingly, had been the same pad that launched historical trips like the Apollo. And of course, there was a large crowd on the site to cheer the SpaceX team.

After wind altitude caused some delays, the rocket took off at 3:45 pm. The crowd roared with joy as the historic rocket rammed into the sky, with a dummy pilot and Musk’s Tesla on board. 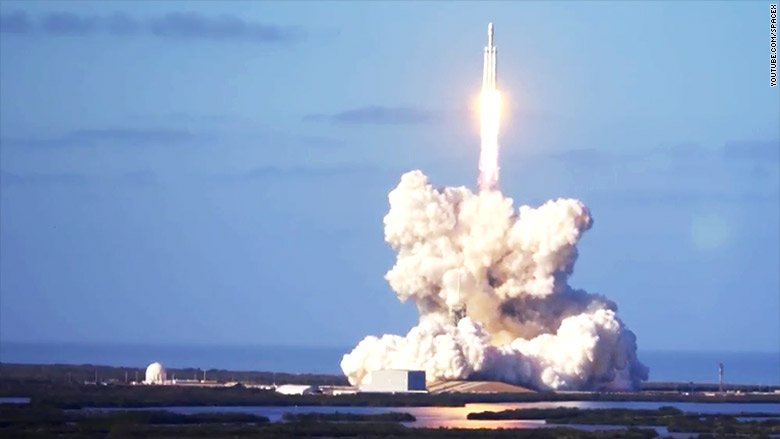 Two and half minutes into the launch, the rockets two side boosters detached and made their trip back to Earth. 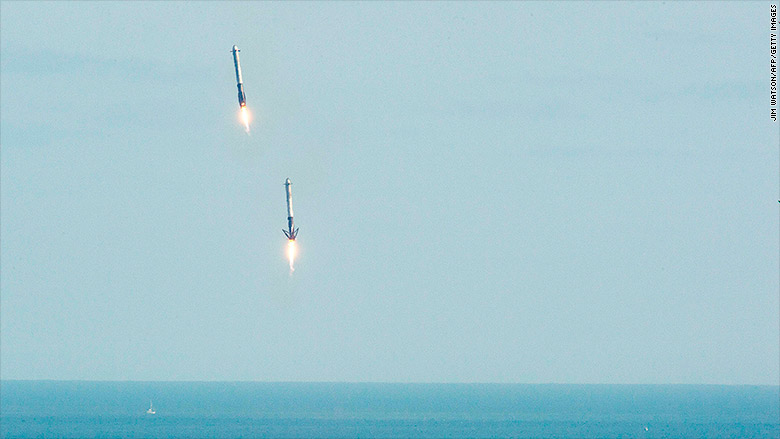 This is important because boosters used for other space missions detach and crash land. Meaning they become unusable after the take-off; making rocket building expensive.

The SpaceX is the only company to perfect the technique of safely detaching and reusing the boosters. Unfortunately though, for this trip, one of the boosters crashed landed into the sea.

Once in space, the rocket sent back a live video feed of the car. In the car was the dummy pilot (a mannequin) in the car with a hand on the car’s steering wheel. 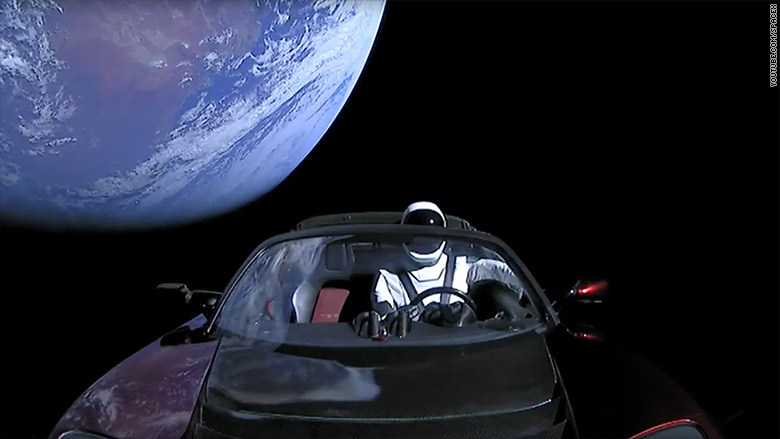 The trip was a success and accomplished what Tesla wanted: to send his Tesla Roadster into space. The car is headed for orbit around the sun and could go as far as Mars, CNN says.