Happy new month readers, may it be a month of joy and happiness. This week on our social media roundup, we will give you 5 major highlights from the events that happened throughout this week. Do relax and enjoy. Meanwhile, don’t forget to drop your comments and suggestions.

The feel-good Mars won the top prize, Album of the Year, for “24K Magic” as well as Record of the Year, which recognizes the top tune, for the title track — a tale of good times with beautiful women set to 1980s-style synths.

Other major highlights are:

#BBNaija 3: The Battle has Begun and Much of it will be Fought on Twitter https://t.co/wiNJb6wll0 via @technextdotng@BBNaija #DoubleWahala

Below are interesting actions so far in the house:

1.Female housemates were asked to pick numbers after which they were told to choose a male partner each. The male housemates also had the choice to either accept or reject the ladies as they approach.

3. Miracle and Nina take the lead as they are captured sharing a passionate kiss in the shower.

4. Tobi Bakre was crowned the first Head of House in the Big Brother brother reality show.

5. Bitto summoned to diary room by Biggie after cameras showed him touching Princess on her bed, even as she appeared not to like it.

The home-based Super Eagles team has booked a place in the final of the ongoing African Nations Championships, CHAN taking place in Morocco.

Below are some reactions:

Nigeria into a CHAN Final for the first time ever. And it took the most unprepared group of @NGSuperEagles players to do it. Congrats boys. I didn’t think you could do it, but you have #TotalCHAN2018 #CHAN2018 #Nigeria #KweseFootball

The presidency was not let out of the fun:

Tonight the home-based Super Eagles made it into the semi-finals of the African Nations Championship. Amid a tight schedule at the #30thAUSummit President @MBuhari found time to watch the Eagles defeat Angola by two goals to one. #CHAN2018 #PMBAtAU 🇳🇬 pic.twitter.com/3z0WsdsIjP

And some fun facts:

Nigeria becomes first and ONLY team to play in all hosting cities.

Techpoint Build is an annual technology conference hosted by online tech blog, Techpoint. The conference aims to showcase local start-ups. It also holds sessions to discusses trends and prospects of the Nigerian tech-ecosystem. It is Nigeria’s very own version of TechCrunch Disrupt.

You can read the major highlights from the events here:

In Case You Missed #TechPointBuild, Here is a Summary of What Went Down https://t.co/l6NW3IdVw9 via @technextdotng

Stephanie Otobo, the Canada-based singer who claimed to have had an affair with Apostle Johnson Suleman of Omega Fire Ministries, says she lied. Otobo said she was “heavily paid” by powerful politicians and some pastors to blackmail Suleiman.

In a video trending online, Otobo made the disclosure before Suleiman’s church congregation in Auchi, Edo state.

That’s all for this week. Thanks for reading. Do join us again next week. You can as well drop your suggestion(s) in the comment section below. 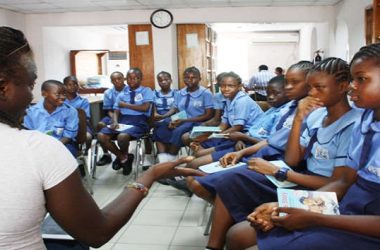 Gradely, uLesson; Here are Technologies That Can Help Students Learn Despite Closure of Schools

In light of the recent surge in the spread of Covid-19, the Federal Government has expanded its measures… 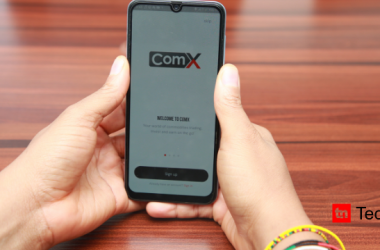 App Review: How ComX is Helping Nigerians Profit from the Agricultural Commodities Market

One of the fastest ways to become a millionaire is through investments. It provides a way to build… 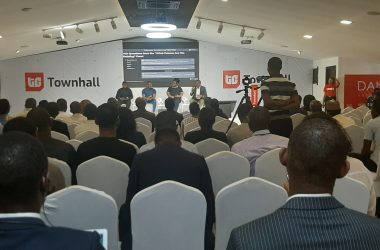 From AI to Blockchain, Emerging Tech is Here to Stay: Major Highlights from the TechCabal TownHall Event

AI, Blockchain, VR can all be very complex to understand. But at the TechCabal Townhall event which held…