Any nation that wishes to advance technologically and play big, in the games of Robotics and Artificial Intelligence, AI, must invest significantly in Education and make it possible for more students to take up Science, Technology, Engineering and Mathematics, STEM, subjects.

This is exactly what Russ Fisher-Ives, Co-Founder and his fellow Co-Founders are doing, with RoboRaves International. I recently had a chat with Russ on his thoughts on the future of Robotics in Africa.

Russ stated that Robotics brings technology for the 21st Century. “As we move to make our machines smaller, so, they run more efficiently, they use resources better. We start to take our old machines and we start to bring in computer coding, microprocessors, so, our old machines become smart machines”, he stressed. This, he said is done, by understanding sensors, how to code and how to write the instructions. He explained that, after getting your instructions in, you then, find out whether it does what you want.

Russ stated that talking about coding, the idea is to engage kids with Robotics, so that, they can get excited. “They take a little bit of knowledge and they get all excited to do something with it and ask to be taught more”, he emphasized.

On why Robotics in Nigeria, Russ is of the opinion that, this is because Nigeria is the fastest growing country on the African continent and has a huge young population and it has got the opportunities to bring skills for employment. “And when you plant the seeds in the minds of curious kids, not the adults, although we need the adults, the curiosity in kids, then,  you have gardens full of ideas”, he stressed. He opined that, with this, Nigeria is the best place to plant the seeds for the next wave of entrepreneurs for Africa.

He stated that the very first RoboRave was in 2001, carried out with 25 High School kids and it has expanded now to many other countries.

RoboRAVE on Channels TV. Getting our students ready for the Fourth Industrial Revolution. https://t.co/r0fmtosYRt

On the funding of the RoboRave initiative, Russ stated that the project gets funding from registration and from different events that it carries out and donations from companies and Foundations. He emphasized that RoboRaves is constantly looking for resources. He gave the example of SONY, an international company, that has just signed for sponsorship of RoboRave in China. 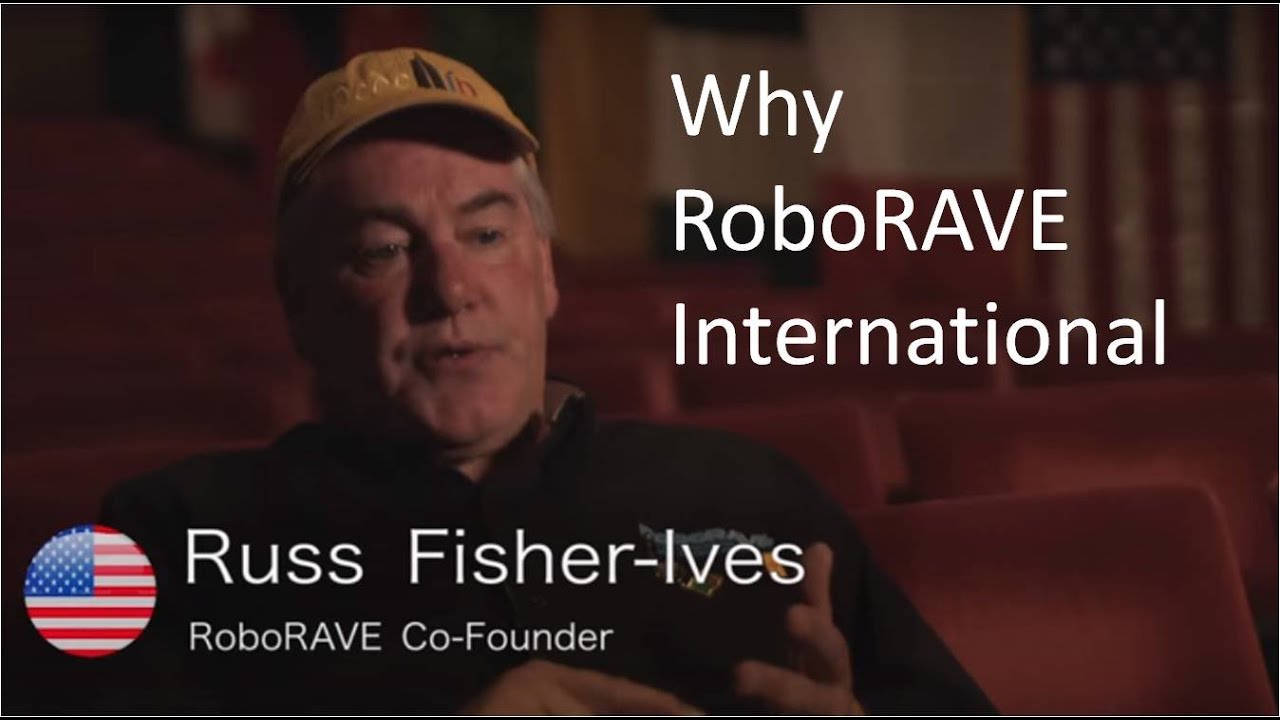 Russ is of the opinion that, RoboRave is capable of improving the number of women in technology. He explained the strategy being used at RoboRave in getting the female gender to participate in the early years of RoboRave. He, however, emphasized that it is not about bringing the girls alone, rather, it is about valuing what they do and listening to what they know. “You can’t stop passion. It’s a fire that burns”, he stressed.

On the reach of RoboRave, Russ stated that it has been able to reach close to about 200,000 kids, so far. He explained that the Chinese have made RoboRave an official Robotics program for all of China. He stated that China has a lot of kids that play locally, but never come to the full event. Russ, while demonstrating the workings of a Robot, stated that it is all about input, processing and output.

2015 RoboRave Nigeria Playshop: Finally we have taken delivery of the Robot Kits (courtesy of Roborave… http://t.co/ImijSHeAMX

On the fear that Artificial Intelligence and Robotics will, eventually, take all the jobs of mankind, Russ is of the opinion that, it is a question with so many dimensions. “The bottom line is that we are the ones that are coding. We control the information that goes in. The real issue is that we are now building Robots that are learning from their environment and are writing their own codes”, he stressed. “So, do we have the possibility of having Robots acquiring more skills than we put into them? Yes”, he declared.

He emphasized that, what we should now be aiming for, is how to effectively control the Robots and how to shut them off. “This is why we need to teach the kids the ethics of Robotics, which is the new challenge that RoboRave is aiming to achieve in 2018”, he concluded.