Both speakers shared thoughts on starting and sustaining a business enterprise in Nigeria with details of how they were able to walk the talk in the past.

Austin Okere’s Presentation: Take a step at a time!

With 25 years worth of practical experiences, Mr Okere’s presentation provided deeper insights for the participants. Of his numerous profound thoughts, the most sublime is his advice to the participants that entrepreneurs should allow anyone acclaim them to early ruin because of their successes. Rather, they should run at their own pace.

Growing too fast: Don't allow anyone make you a crown that is bigger than your head. Grow at your pace!
– @austin_okere #cfameetup

This is indeed true for many entrepreneurs who have suddenly “the leading” this, “the most” that and “Africa’s number one” something in just a few years, after achieving only early strides. Austin shared loads of other poignant thoughts. See some:

Always look for the time when the industry is redefined. Always be a part of it. Innovation is crucial!
– @austin_okere #cfameetup

Do what is within your limit. Leave the rest!
– @austin_okere #cfameetup

Always think big. Go with the best from the beginning.
– @austin_okere #cfameetup

Following an overwhelming call for mentoring opportunities by participants at the event, Mr Okere revealed his plan to launch a mentoring and training platform for leaders and aspiring leaders named “Ausso Leadership Academy”.

According to Mr Okere, “Ausso Leadership Academy is a response to many mentorship requests I have a received from young entrepreneurs, professionals and Leaders around the globe. I am certain that I will not be able to help many people to reach their potential, as much as I would love to, with one on one sessions. Hence, the need for a platform to organize mentorship sessions that will guarantee a broader reach.” He noted that the first session will hold in January.

Recall that there have been arguments about the evident alienation of successful entrepreneurs in the Nigerian academic system. Mr Okere, who is an entrepreneur in residence at the Columbia Business School, New York, spoke about the need to replicate the “gown meets town” model that has ensured a continued culture of innovation of excellence in other climes.

Indeed, the Ausso Leadership Academy will offer the needed learning supplement for many.

Banke Alawaye is one of the leading women in tech figures in the industry. She dished out practical lessons from a depth of experience. For instance, Mrs Alawaye expounded on the motivations for venturing into entrepreneurship and pointed out that understand your “why is the foundation for a successful adventure as an entrepreneur.

Here are some other nuggets shared by her:

Find a compelling"why": that thing that makes you wake up everyday and start running.
– @bankealawaye #cfameetup

Think about creative ways you can maximize the productivity of your employees. Use technology to get results!
– @bankealawaye #cfameetup

At the end of the individual presentations, both presenters engaged in a question and answer session with participants. In it, they answered a diverse range of questions bothering on experience, principles, how-tos and personal life. 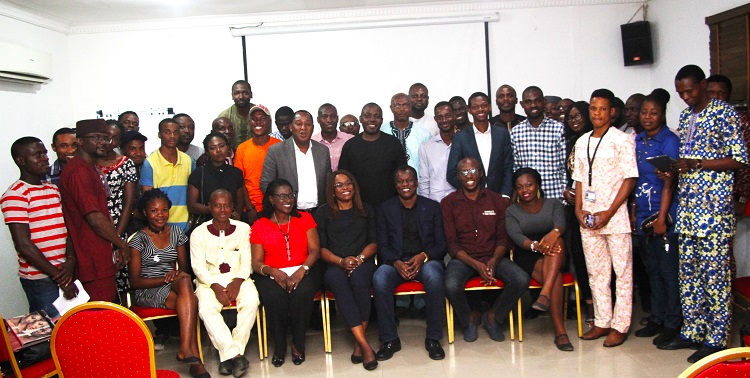 In all, there is only one way to describe the CFA startups meetup: it is a place where experience meets Passion!