Technext #tags: You Can Now Snooze Unwanted Friends from your Facebook Feed

Here are a couple of updates in the social media space you will find interesting this week:

Facebook now allows you hide people from your feed

You know those friends who are perpetually on Facebook or even worse, who seem to have an auto-update bot that endlessly puts up post for them which continually floods your feed? Like ‘I just woke up!’ or ‘Thank God for breakfast’? Tired of seeing pictures of people in Shoprite buying nothing – some have a specialization in this. You may also know some Facebook model like I do – they never stop bombarding your feed with pictures – the good, bad and outrightly ugly. You may not need to get a headache over them anymore, relieve is on the way!

Facebook is introducing a ‘Snooze’ button to accounts and pages; users can choose to snooze friends or pages they follow. This temporarily hides them from the users feed until the snooze period is over. Snooze can last for 24 hours, 7 days or 30 days.

Facebook’s goal is to keep people connected while giving users more control over what they see on their feed.
Posters beware! You might get snoozed soon!

Related: You can Now Raise Funds on Your Birthday on Facebook!

Instagram’s ability to share multiple pictures in a single post is a great feature save that it is limited to posting only pictures with similar orientation and aspect ratios at once in a multi-picture post. However, the picture-based social media platform has overcome that limitation and will now allow users post several unevenly dimensioned pictures as a single post.

The new capability is being rolled out at last as it is announced, although it will gradually spread to all users hopefully in the next few weeks.

Starting today, you can choose landscape and portrait formats when sharing multiple photos and videos in one post. pic.twitter.com/Lg1wiuRzxT

The social media giant continues to increase the scope of media reception on its platform just as it began allowing multi-dimensional pictures in a multi-picture post. Instagram is also upgrading stories to take pictures and videos as old as a week. Previously, users could only add media taken in the last 24 hours.

Users can put up desired videos and photos on stories, which stay live on the platform and can be viewed by other users, followers and fans over a period of 24 hours.

Related: Instagram Posts can Tell how Sane you are – A New Research Reveals 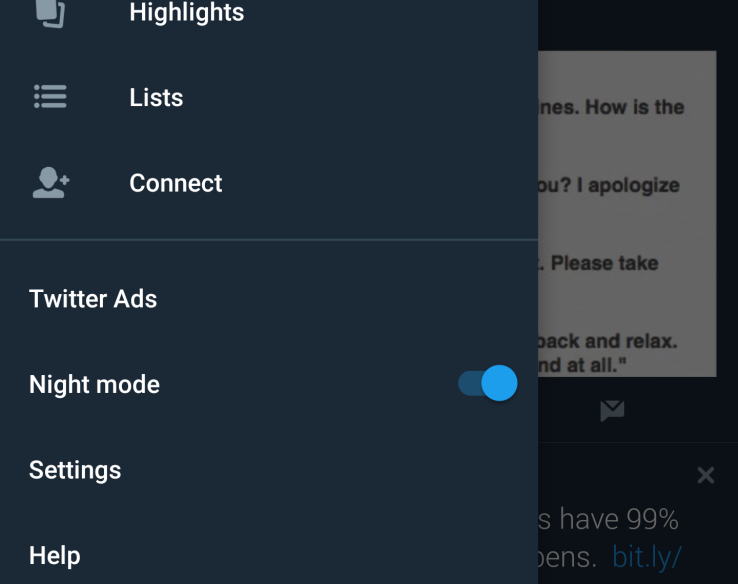 Twitter’s beautiful night mode will now be available for users on Desktop devices, as the social network begins a gradual rollout of the feature on non-mobile devices.

You can now enable night mode on https://t.co/fuPJa3nVky! 🌙 Also available on Twitter for iOS and Android. https://t.co/9AjOwcv3Zn

The feature which Twitter introduced to its mobile app last year brings some seriousness to otherwise frivolous tweets and it’s a feature everyone should have access to.