#Traffic: Ojo Electric Scooter Could Just Be What The Lagos Commuter Need

The Ojo Electric Scooter might just be the future of easy transportation. Though made for easy commuting and compliant to green and Eco-friendly considerations, its sustainability and acceptance have been questioned owing to the ease of use and its spot on the fence, as it is neither a car nor a bicycle; just a hybrid of the two.

A report by Techcrunch showed that the co-founder and president of the Electric scooter, Dale Seiden, had intended the commuter scooter to be just that: something used for a journey too far for a bicycle but too close for a car although there are plans for a future version which will be able to safely ride along with cars.

Electric cars are slowly becoming the rave these days, and it is almost normal for scooters to join the train, producing an Eco-friendly version of the transportation. The commuter scooter can easily be recharged with a retractable cord which is suitable for power outlets and can go up to 25 miles on a single recharge. It can also reach a speed of up to 20 mph which is the maximum for bicycles without spending as much energy as cycling. It is also durable, being made of an aluminium frame, and its tyres and disk brakes are made for good grip and an all-weather resistance. 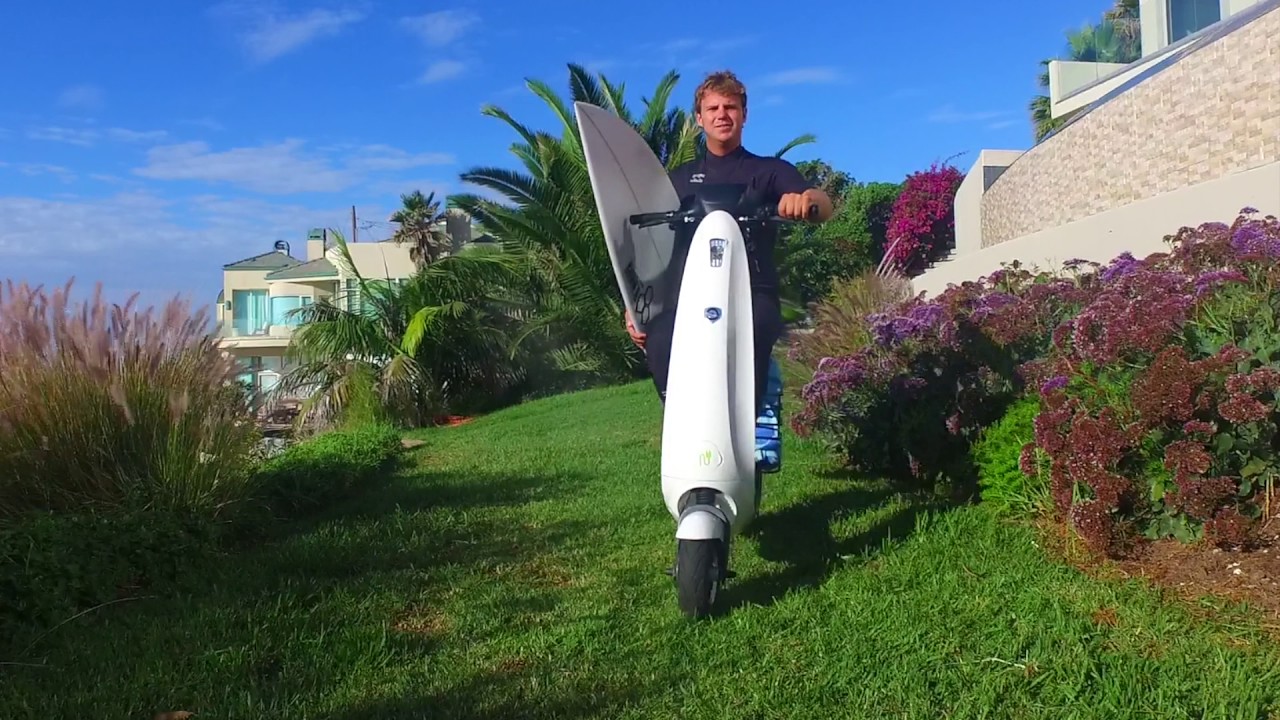 The future of scooter involves scooter ride shares (to be in the ilk of Taxify and Uber or Gomyway). This is why Ojo is currently working on building the more robust version which will be able to ride alongside cars, going about 35 mph, and may be a green and environment-friendly option to cars still running on petrol, though the price which is yet to be known will be a determinant. This plan will be made possible by OjO partnering with a large mobility company.

When it comes to cars, they have garages and doors for easy parking and protection against theft. Although it has a loud alarm system which goes off when touched and comes with a removable battery, the OjO Electric scooter which weighs about 65 pounds although concerns about theft are not clearly out of it!

Being electric also gives it the advantage of a clean technology which is key in recent innovations, and when you need to calm down the nerves of fellow commuters while riding it, you can play soothing music from its inbuilt waterproof Bluetooth speakers. And, the bonus clue is that it is not Okada, so there is no law against it yet.

So what are you waiting for Lagos?