Technext Social Media Weekly – There was Diversity War at Google!

The social media space is uniquely fast paced. The wave of developments is so fast that you can lose track of major events if you are not particularly focused on identifying the real issues. But, we have got you covered. Here is a roundup of all the major updates in the social media space in the past one week.

There was war at Google

A controversial 10-page memo by a (now former) senior software Engineer at Google – James Damore circulated within the company caused an almost unprecedented outrage among the company’s employee during the week, also resulting in the cancellation of a diversity meeting earlier planned by the company.

The memo titled “Google’s Ideological Echo Chamber” roundly criticized Google’s diversity initiative and instead encouraged the company to replace it with a drive towards “ideological diversity”, he argued that women are by nature unsuited for tech environments hence the gender gap in the company.  This led to the firing of the software engineer for “perpetuating gender stereotypes”.

CEO Sundar Pichai in a note to company’s  staff condemned some of the views expressed in the  anti-diversity memo and reaffirmed Google’s commitment to “create a more inclusive environment for all.” “To suggest a group of our colleagues have traits that make them less biologically suited to that work is offensive and not Ok. It is contrary to our basic values and our Code of Conduct” – Pichai stated.

The former employee would later compare working conditions in his former position to Soviet forced labour, posting a picture where he wore a shirt with ‘Goolag’ inscribed in front similar to the popular Google white shirt, “You know, just like a Gulag” he added in the post.

Read also: #GoogleforNigeria: Google CEO, Pichai is in Lagos and He is Making Promises

Thanks to Instagram, we can now tell how sane you are

According to a study conducted by Andrew G Reece, a postdoctoral researcher at Harvard University and Christopher M Danforth, a professor at the University of Vermont and published on the EPJ Data Science website, Instagram posts can be an indicator of one’s state of mental health. 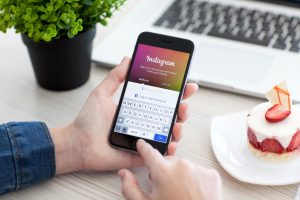 The research discovered that individuals with a history of clinical depression used fewer Instagram filters and when these ‘depressed’ participants used to filters, they favoured “Inkwell” which in fact drains pictures of its colour, making it black-and-white, ‘healthy’ participants on the otherhand tended to prefer “Valencia”, which lightens tint.

The researchers found that the more comments a post received, the more likely it was to have been posted by a depressed participant. The opposite was true for likes. And depressed users tended to post more frequently, they found.

Read also: Instagram Posts can Tell how Sane you are – A New Research Reveals 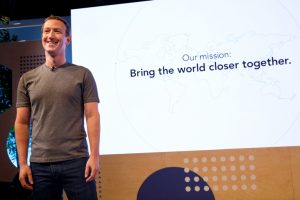 Facebook released a revamped mission statement earlier in the year with an emphasis on “bringing the world closer together”, the new mission statement stressed on the importance of groups and communities and how the social media giant plans to facilitate together on its platform.

The company however said it is doing this because its Groups team have found “that we can do more with and for the community by investing in the main Facebook app.”

This means you won’t be able to log into the Facebook Groups app after September 1, 2017. All of your groups from this app will be available in the main Facebook app, where you can continue to connect with all your communities.

Read also: Facebook Drops Groups App- What Does this mean For You and Me?