It is only a few weeks away from the much-anticipated launch of the next lustrous smart phone from the stables of Samsung –Galaxy Note 8. Popularly known for cell phone leaks, Evan Blass aroused the appetite of spectators and speculators alike with details of the Galaxy Note 8. 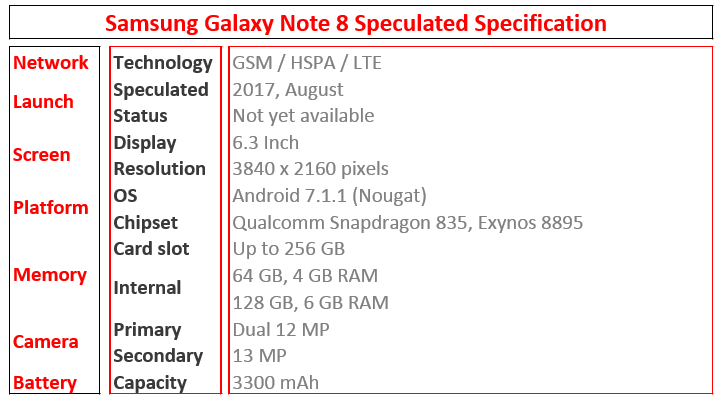 There are many expectations as well as questions like: will Galaxy Note 8 be recalled like the Galaxy Note 7 last year? How will this monstrous lustre of a Note be powered by a battery of 3300 milliAmp per Hour (mAh)? Will the phone really sell at  €1,000? Whatever the questions, it is obvious everyone is eagerly looking out for the unveiling of the Galaxy Note 8.

There are some other interesting details that have been bandied by those who claim to have privileged information.  Physical: Its corners are more squared-off, including the corners of the screen (whose resolution is 1440 x 2960 in an 18.5:9 aspect ratio, just like the earlier S-series). That all translates to physical dimensions of 162.5mm x 74.6mm, with an 8.5mm thickness. 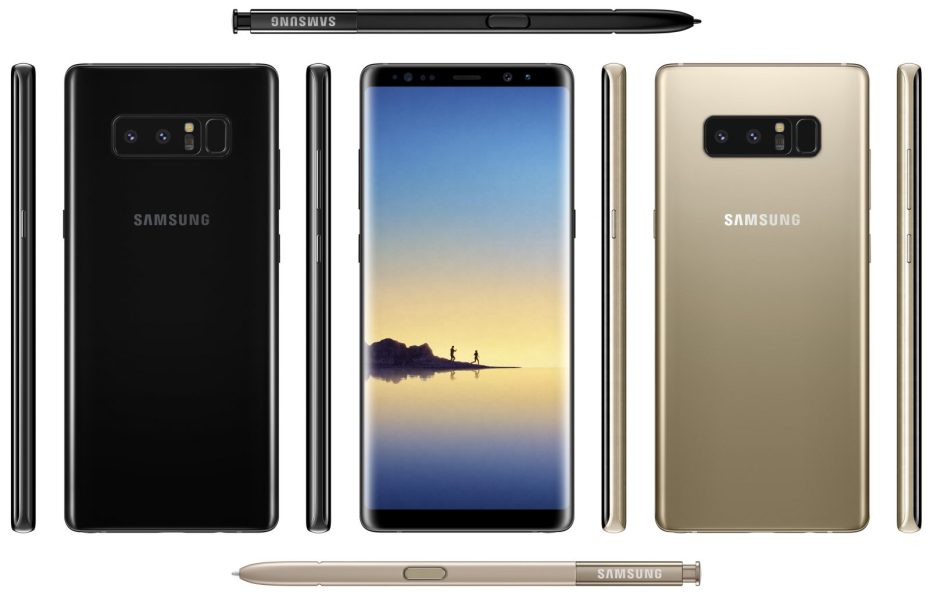 Note8 has two main rear cameras, both featuring 12-megapixel sensors. The primary camera has an f1.7 aperture and dual-pixel autofocus. The front camera has an eight-megapixel sensor and an f1.7 autofocus lens. Both lenses are said to be optically stabilized.  Note8 will first ship in Midnight Black and Maple Gold, then Orchid Grey and Deep Sea Blue. VentureBeat predicted its entry price as €1,000 (One thousand Euros). That is a bit of fortune.

It is almost evident that the Galaxy Note 8 will go one-on-one with the Apple iPhone 8. Until the official release date speculated to be between 23rd and 26th of August, 2017, there is much more to look out for.