The number of internet users in Nigeria’s telecommunications networks has risen to 91,598,757 in June this year. This is according to the monthly report on the website of the Nigerian Communications Commission (NCC). 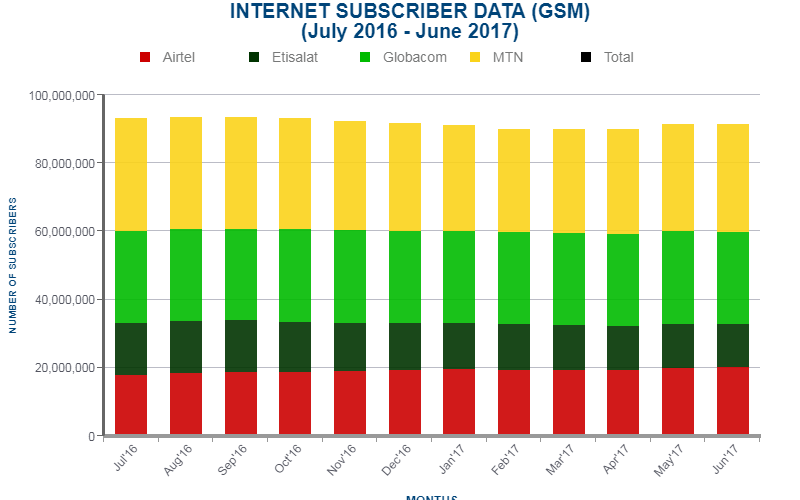 The also data showed that Globacom has the second highest number of sub 27,184,002 customers browsing the internet on its network in June. This, however, amounted to a decrease of 218,482 users from the 27,402,484 users of the internet on the network in June 2017. This implies that Globacomm lost the highest number of subscribers in the past month. This may be owing to the nagging complain of a bad data network by subscribers.

On the contrast, the infant 9mobile network has 12,549,596 internet subscribers on its network in June. This implies a total a decrease of 293,828 users when contrasted against the 12,843,424 users recorded in May (as Etisalat Nigeria). 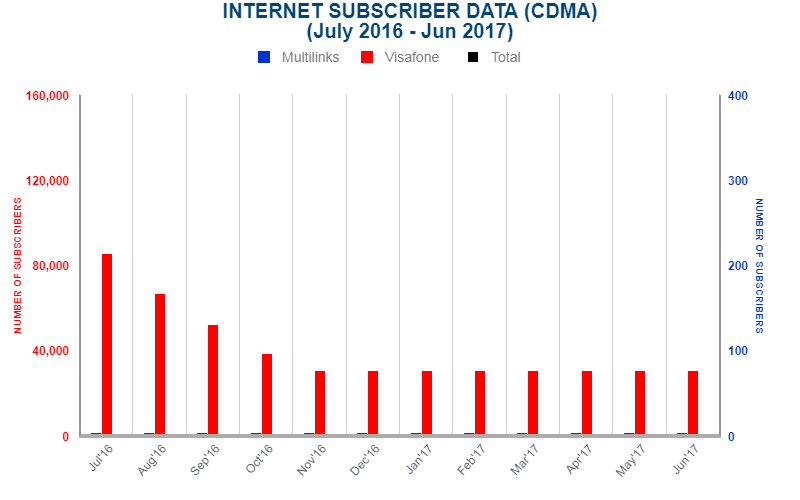 Sadly, the population of subscribers on the CDMA (Code Division Multiple Access) Networks has been on a steady decline. This is in spite of the fact that CDMA has been globally acknowledged as a better technology compared to alternative technologies such as Global System for Mobile Communications (GSM) and is also believed to be more cost effective for operators as the CDMA capacity advantage leads to lower tariffs.

Interestingly, the first set Telephone Operators in Nigeria offered services via the CDMA technology. Multilinks was the first to begin operations in 1998 while the likes of VGC Communications, Intercellular, Mobitel and EMIS were the preferred networks for many Nigerians in the early days of the telecom revolution when the new GSM entrants had exorbitant call rates.

The big question then is: Where are the CDMA network providers, today?